CEO crafts a brewery with (yeast) culture in mind

In the early days of Saucy Brew Works, Brent Zimmerman got a piece of advice he hasn’t forgotten.

An equity investor told the company’s CEO and co-founder to “get internal culture right.” Zimmerman, who started the brewery with Eric Anderson, has kept this message in mind with every business decision he’s made in the five years since. 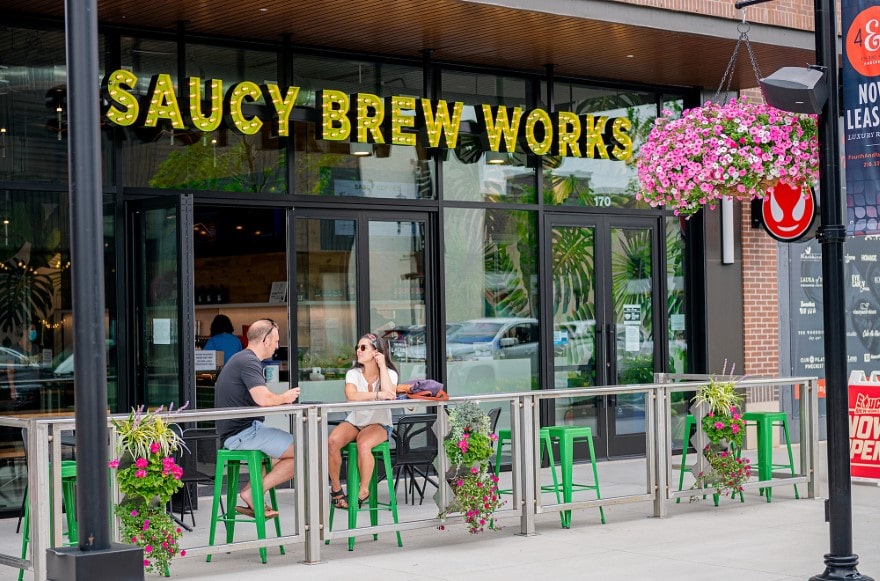 He pays 100 percent of health insurance for full-time employees, and offers a 401K plan and three weeks of vacation to starting employees, which increases each year. In this way, Zimmerman says it’s important to treat people with respect, which applies to customers, too, especially as the brewery expands into new neighborhoods.

“In order to be a successful brewery, you have to be ingrained in the community you’re part of,” he says. “We strive to be a lifestyle brand, so we want to ensure that we’re a good steward of the communities we join.”

Saucy Brew Works is a craft brewery that started in Cleveland, and has now expanded to five locations, four in Ohio and one in Michigan. According to Zimmerman, the brewery is expanding in Columbus, Ohio, with the addition of a new pub.

Three new locations are also in the works in Independence, Ohio, Charlotte, North Carolina, and Nashville, Tennessee. Zimmerman expects the first two locations to open at the end of 2022 or in early 2023, with the Nashville location to follow.

When opening a new location, Zimmerman says it’s important to understand the local community and how to connect with customers. For example, one Cleveland location is on the concourse of Rocket Mortgage Fieldhouse, which allows Saucy to connect with fans of the Cleveland Cavaliers. 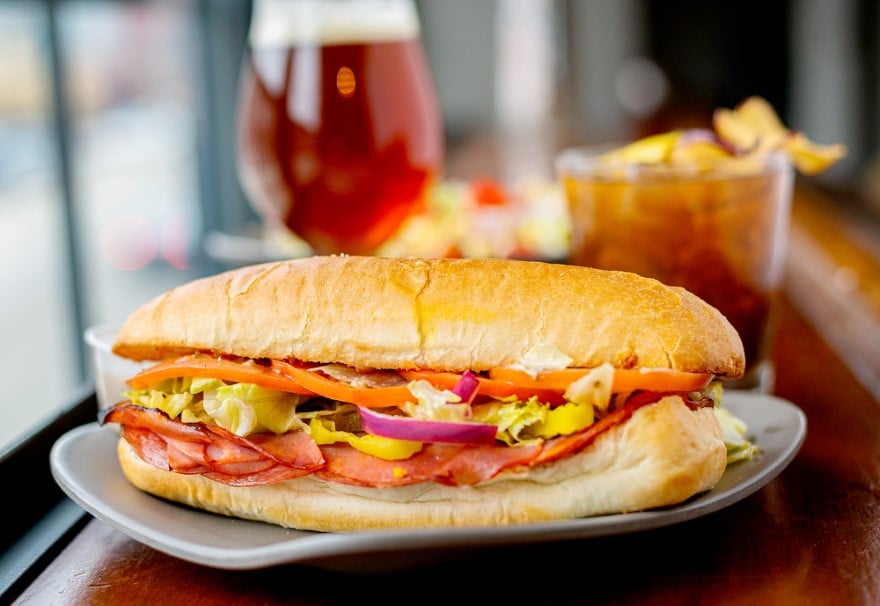 It’s also important to build a strong team at each location, Zimmerman adds. To that end, Saucy’s management team spends a few months at each new location. They also bring the new teams to the Cleveland headquarters so they can better understand the culture and see the brewing process.

“We make sure each team is treated like entrepreneurs,” Zimmerman says. “We like to give people leeway and autonomy.”

Each location is unique because of this and because of how they’re designed to be part of the community. A social media manager is hired for each location, which Zimmerman says helps develop the identity of each location and more deeply connect with local customers.

“The people make the environment and I feel fortunate to work with some really incredible people,” he says.

As the brewery’s physical footprint has grown over the past few years, so has its offerings. Anderson, the chief brewing officer, has created over 175 beers for Saucy, including a series aged in whiskey and bourbon barrels. He’s also starting to barrel-age sour beers.

Anderson and Zech Laughbaum, Saucy’s quality control expert, have foraged organic yeast and have used a yeast propagator, which multiplies the amount of yeast being used, in Saucy’s in-house lab. They also use the labs to test for microbes within the yeast to ensure it’s safe to use in beer.

According to Zimmerman, other breweries use yeast, but Saucy is “pioneering new combinations of yeast.” It’s also using Lachancea Thermotolerans, a yeast strain associated with fruit, that was foraged from an oak tree in Pennsylvania. They’re now canning these beers, which include Lachancea tart sours and IPAs.

Using high-quality ingredients is essential in making good beer, Zimmerman says. But, he adds, the brewery also needs to rely on good ingredients for its other offerings. 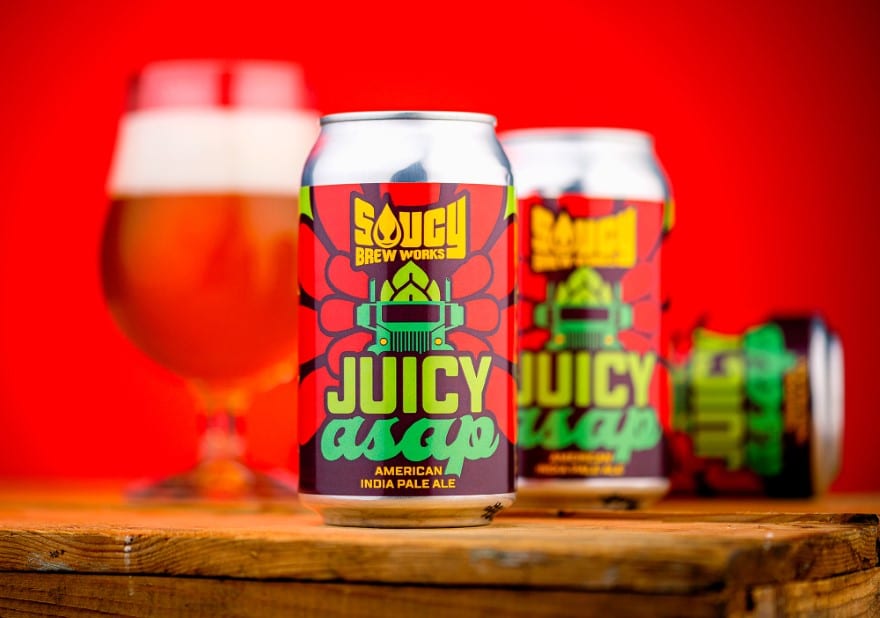 Each Saucy Brew Works location serves a small menu of pub fare, including pizza, wings and sandwiches, which makes up fifty percent of pub revenue. The company sources all of its food from Sysco, a national wholesale food distributor that also helps Saucy manage its inventory.

“They have every ingredient we could possibly need,” Zimmerman says. “And if something’s out, they recommend similar products.”

He adds that Sysco has continued to be a strong partner through the COVID-19 pandemic, especially when Saucy made 35,000 meals for first responders at Cleveland Clinic.

“They were huge for us during COVID,” Zimmerman says. “They’ve really helped us with our logistics and have tightened up that part of our business.”

Running a solid business is important to Zimmerman because he comes from an entrepreneurial family.

Prior to joining the beer business, Zimmerman worked in mutual funds in Boston and on Wall Street in New York. In 2013, he was asked to be a seed investor in a different brewery, which he considered before realizing he wanted to open his own. 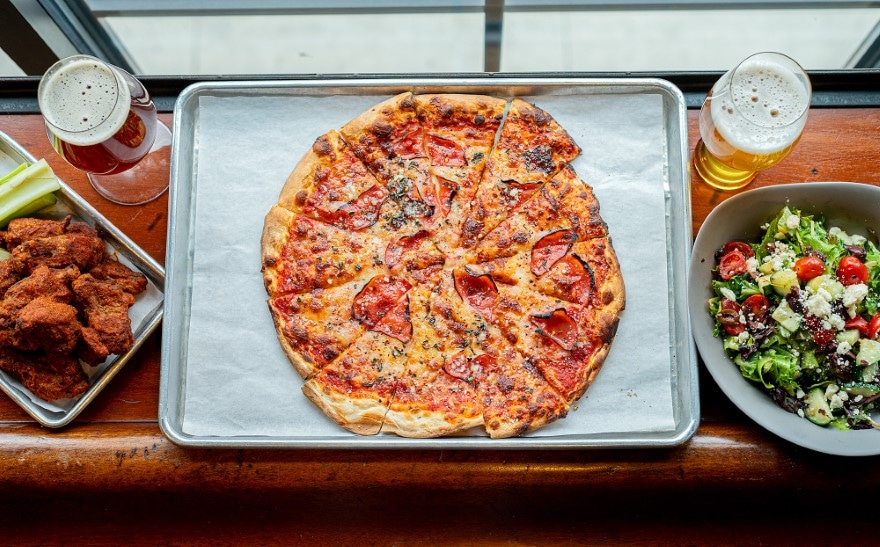 Zimmerman reached out to his friend, Anderson, and the pair combined their business and brewing knowledge to start Saucy. They started a fund and raised $9 million to start the company. While Zimmerman already knew how to manage a business and finances, the beer industry was new to him.

“When you start a company, there’s stuff you already know and then there’s things you can’t know until you know,” he says. “What I’ve enjoyed most is that this work creates a tangible product in the end. It’s satisfying to see everything that goes into creating a product and seeing people enjoy the end result.” 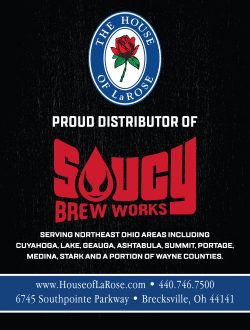 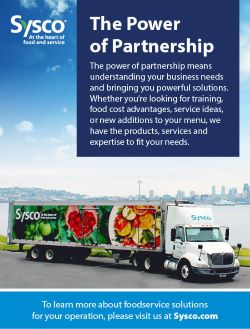