In 2020, when most people were staying indoors because of COVID-19, Eli Cayer was going deep into the Maine woods.

He wasn’t trekking out there to avoid crowds, though. He was looking for ingredients. As the founder and president of Urban Farm Fermentory, he forages for fruits, herbs, plants, fungi, roots and more to create the company’s beverages.

UFF, located in Portland, Maine, makes fermented drinks, such as kombucha, cider, gruit and mead, with locally sourced ingredients. Cayer focuses on finding ingredients with medicinal value and health benefits, such as providing probiotics, that also have interesting flavors. 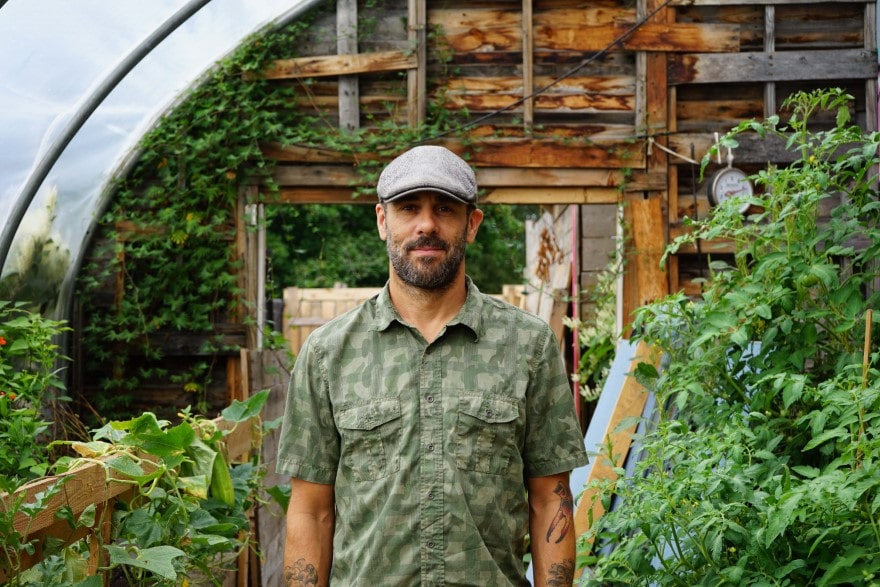 The company also produces jun, which is made with a bacterial culture similar to kombucha but isn’t mildy alcoholic. This difference means Cayer doesn’t need to work with alcohol distributors to get the drink to stores and customers. Over the past year, he’s worked on making it a bigger offering for UFF, not only in Maine, but regionally as well.

“I like it because it’s similar to kombucha, but instead of cane sugar and tea, it feeds off honey,” he says of the drink, which is made with Maine sweet fern. Cayer has been working on increasing the distribution of other products, too. And as a company that relies so heavily on nature and the environment, he’s ensuring UFF does its part in protecting it.

“For us it’s all about the product and creating products that are real and of substance,” he says. “We don’t do gimmicks or what’s trendy. We haven’t changed what we do best and it’s stood the test of time.”

Cayer says jun has done well in Maine, so he’s now pushing it to western and southern parts of the country. Typically, distributing UFF products to other areas allows people to try native Maine flavors, but Cayer is taking a different approach in New York and Pennsylvania.

UFF began producing cider in New York last year and is now starting in Pennsylvania, as well. In both areas, the company is using native apples and other locally sourced ingredients.

“As we move and expand into new regions, the goal is to support local farming and have something that tastes like home wherever you are,” Cayer says. “That’s the core design of the company—to taste like the time and place of an area.” 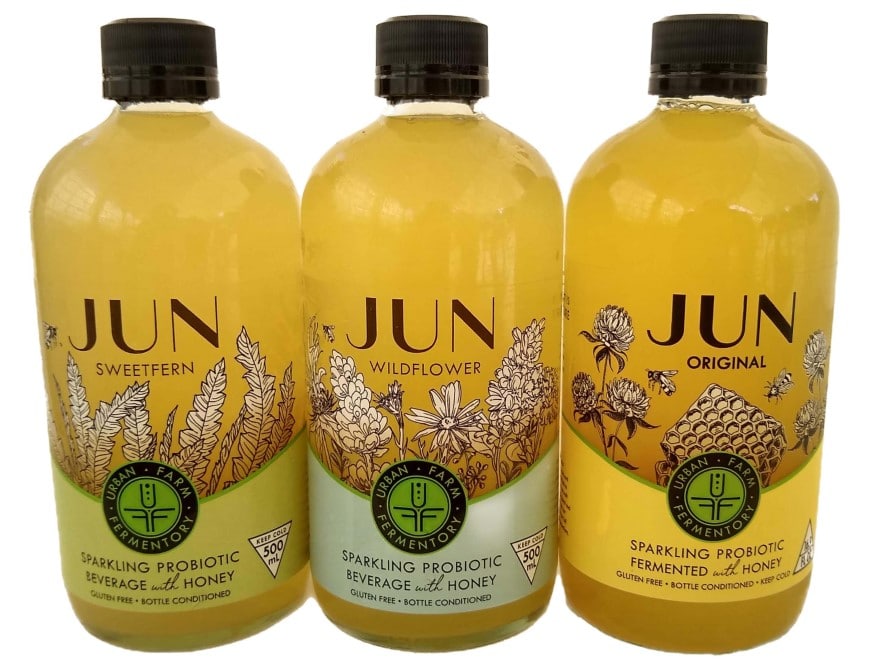 UFF is currently renting production equipment and space in those areas, but hopes to have a permanent presence with tasting rooms. For most areas, though, growth will be achieved through increased distribution. The company recently started exporting cider to Iceland, which Cayer says opens the door to get products into Europe.

“This is a huge step towards international growth for us,” he says. “It’s increasing our customer base and getting our brand into new markets so more people can taste the natural flavors of Maine no matter where they are.”

With natural, local ingredients being central to UFF’s values, Cayer says it’s important that production doesn’t have a negative impact on the environment.

To achieve this, he and a friend are working together to open a biodiverse business park in Windham, just north of Portland. He and his friend, who owns Maine Standard Biofuels, have purchased 12 acres of land that they plan to build a net zero facility on. He expects it be completed by late 2022 or early 2023. 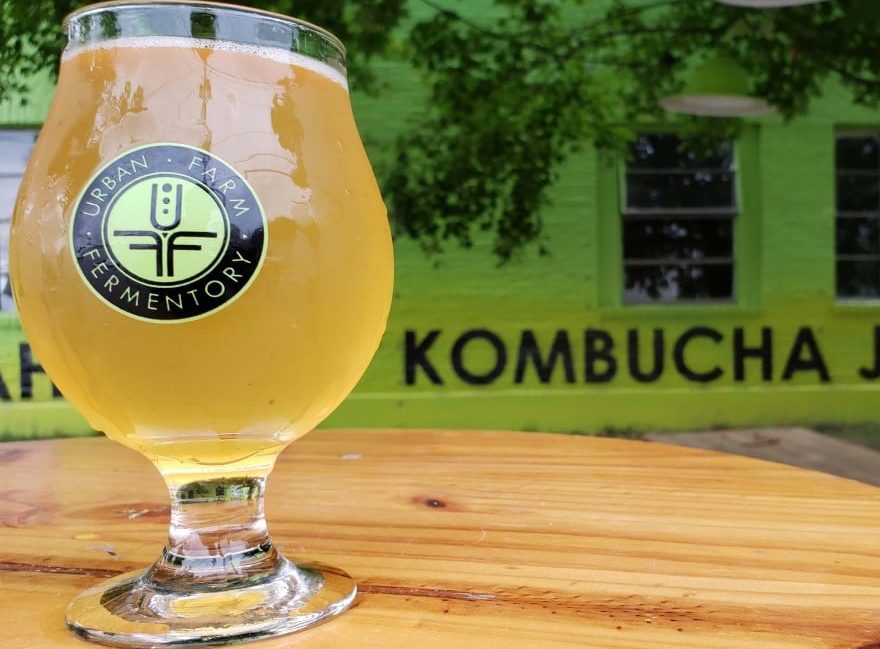 Part of the building will be used by UFF as a warehouse and winery, brewery and fermenting facility, while another part will be used as a biofuel facility. The biofuel facility will take grease and oil from restaurants and turn it into fuel or recycled materials. Cayer says he hopes to lease other space in the building to companies with similar ecological or environmental focuses. UFF will keep its tasting room and production facility in Portland, he adds.

Cayer, who previously worked as a beekeeper and owned a bike messenger company in Maine, says he’s always been passionate about the environment and alternative energy sources. With UFF now over a decade old, he says he’s excited to finally be working on the business park.

“This was the plan. This is what I’ve been dreaming of,” he says.

When Cayer founded UFF in early 2010, he envisioned it would become a brand known throughout Maine and beyond. Achieving this, he admits, has involved learning as he goes.

“The journey shows me the way,” he says.

He’s also leaned on the expertise he gained from another business he founded—Maine Mead Works. In 2002, he started keeping bees and making mead, an alcoholic beverage created by fermenting honey with water, and opened Maine Mead Works in 2007. He stepped away from the business in 2010. 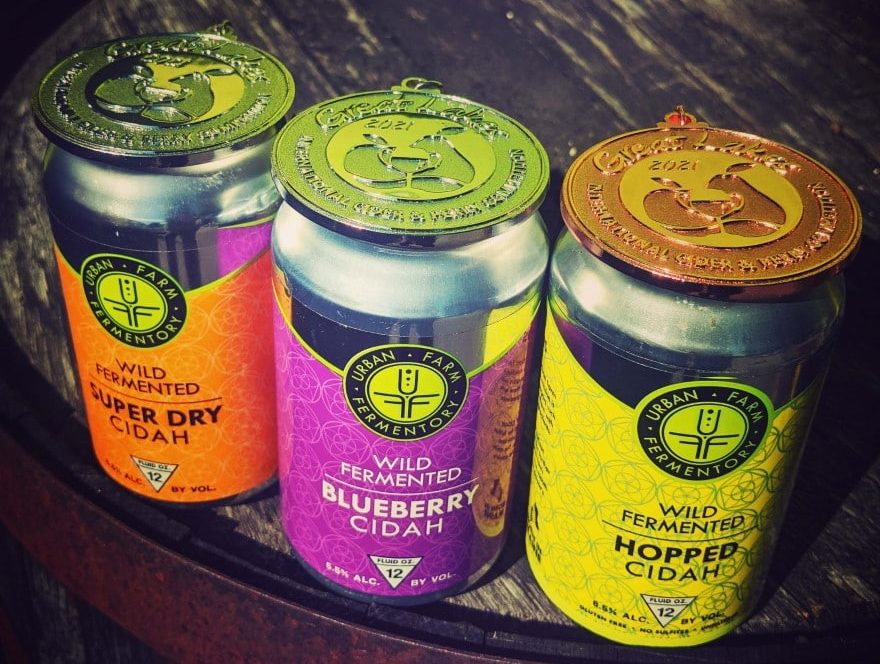 He’s now considering making a similar decision with UFF. While he’s not sure what this will look like, he envisions selling the company or finding a partner or investor who can help it grow globally.

“What we’ve done over the past 10 years is narrow down what we do, which is making great products,” Cayer says. “I feel like now it needs something larger than me to take it to the next level.”