Ken Taber – The Hole in One Group

Cape Cod bakers keep family and community in their recipes

When Gaetano “Tom” Bazzano bought The Hole in One Bakery in Eastham, Massachusetts, in 1989, it allowed him to express his love of food and community on Cape Cod.

In 1992, Bazzano and his family bought a shop in Orleans that became a restaurant serving breakfast and lunch. Then, in 2001, they acquired Fairway Restaurant & Pizzeria in North Eastham, another Bay State town. The company also founded Four Sisters Specialty Foods, which makes granola clusters. 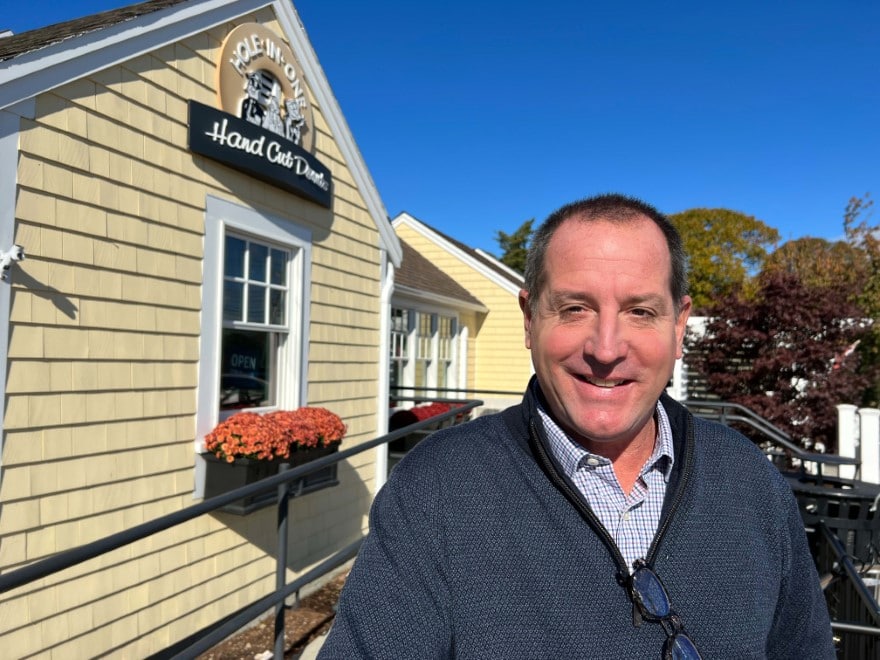 Ken Taber | President | The Hole in One Group

Though Bazzano died in 2013, the family tradition continues, led by Bazzano’s daughters and their husbands.

Ken Taber is president of The Hole in One Group, the business operating these venues. He works with his wife, Erica, as well as Kris Bazzano; Jamie Wacht and her husband, Dan Wacht; and Lori Field and her husband, Bob Field.

“We create homemade items from scratch and there are a lot of them,” Taber says. “Our mission is to recapture those simpler days that you fondly remember with food that will bring you back to your childhood—no matter how long ago that childhood was.”

All have a role

The sisters have their niches in the operations—Kris has hand cut doughnuts for 30 years while Jamie supervises the Eastham bakery. Lori is a part-time manager at the Orleans restaurant and donut cutter while Erica is the baker and creative manager.

“The Hole in One has a team of bakers making custom cakes, pastries, doughnuts, muffins, shortbread bars and granola,” Taber says. “The four sisters are very close as far as attitudes about life and their approach to work is no different.”

The tourist season can double Cape Cod’s population to more than 500,000, meaning Hole in One may have close to 100 employees as it goes from making 50 dozen to 180 dozen doughnuts nightly. However, Taber says the company’s success comes from being invested in the Eastham and Orleans communities year round. 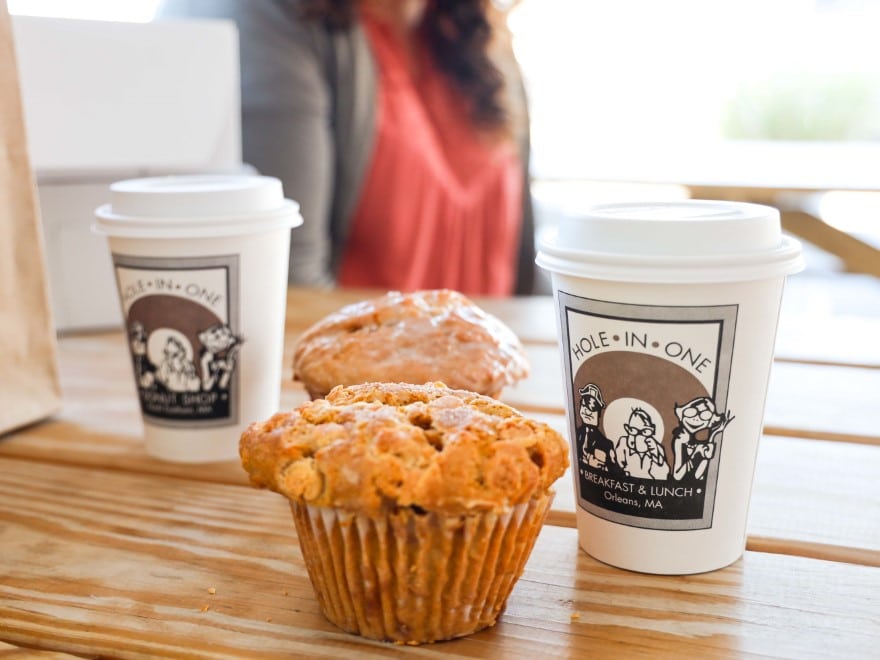 “We always have an early crowd at the bakery,” he says. “It could be fishermen, people working in the trades or health care workers. To be open at 5 a.m. is a convenience, and it’s where I’ve appreciated local residents and visitors alike.”

As with other businesses, COVID-19 tested The Hole in One as the bakery and restaurants closed for six weeks from April through mid-May in 2020 and its off-season staff of more than 60 employees was furloughed. When operations resumed, the company also needed new technology to accommodate online ordering.

“Everyone was disconnected—you weren’t able to get together anymore. It was a distant time in so many ways,” Taber says. “That’s not who we are.”

In response, Taber reached out to ChowNow, an online ordering hub. Because the company was inundated by new customers, he asked them to send him the needed hardware and videos and he’d figure it out.

In addition, he added point of sale software from Oracle and chip readers that would be used for contactless payment when the bakery and restaurants reopened. The company upgraded to virtual servers and internet based phones, as well.

The Hole in One also improved how it tracks and analyzes costs using ChefTec, software for the restaurant and food service industry made by Culinary Software Services. As Taber explains, the cost of ingredients and other goods fluctuate quickly. Among other things, ChefTec incorporates these changes, providing information that can be used to show the cost of each baked good. 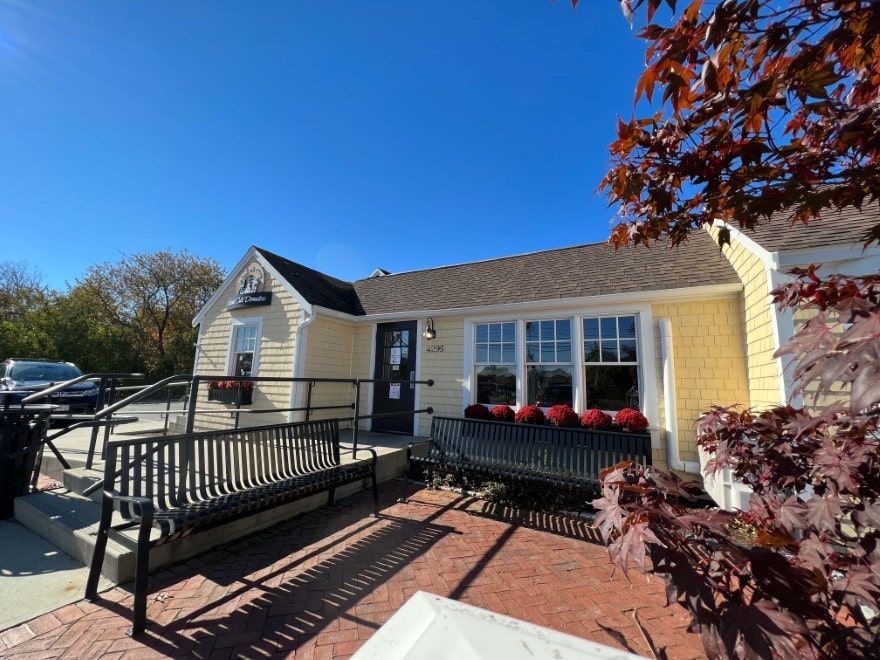 The purchased items are categorized on invoices, which are moved to Quickbooks from ChefTec. “We have to do this every day,” Taber emphasizes. “It had been tedious work, but ChefTec makes it easier to manage and identify potential areas of  profitability.”

When customers returned, Taber says the company was “artistic with safety,” displaying COVID-19 safety instructions on replica street signs.  Clear plexiglass shielded staff and customers without being too obtrusive.

“Whatever we were told to do, we did it times two. But we wanted to give everyone a familiar feeling when visiting our locations.” Taber says. “We wanted the experience to remain the same even under the circumstances of COVID.”

Born in North Carolina, Taber came of age in Stratford, Connecticut. He began college studying civil engineering at the University of New Hampshire in 1984 but transferred to the University of Connecticut in 1986 and earned his bachelor’s degree in marketing and communications there in 1989.

UConn was where Taber also met the Bazzano sisters—at one point each attended the university at the same time, as they’re each about a year apart in age. 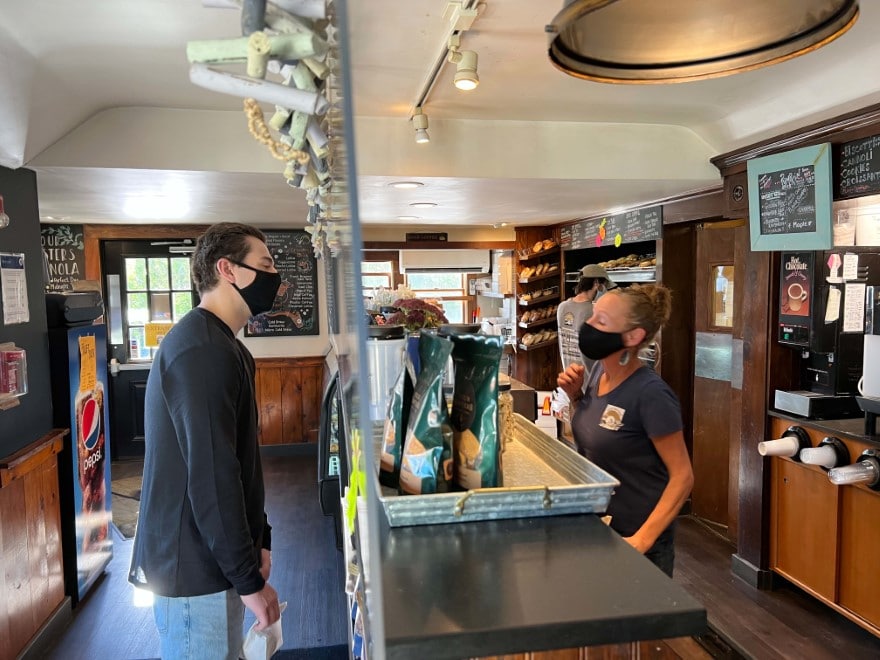 While at UConn, Taber also got his first taste of getting up for work. As the circulation manager for The Daily Campus, the university’s newspaper, his alarm would go off at 3 a.m., and he’d work with five drivers to get papers delivered to every dorm. In 1995, Erica and Ken Taber joined their sisters and in-laws at The Hole in One.

“Over the years, we’ve gained the trust and confidence of our communities,” Taber says. “Our staff prides itself on making sure every customer gets what they want and enjoys it. We haven’t wavered—we’ve just gotten better.” 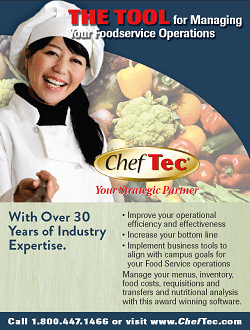