When Jack and Maral Barsoumian walk through a grocery store, they’re always delighted to see their products on the shelves. Regardless of what aisle they’re in—condiments and sauces, baking, beverages—they’re bound to see something they made.

As the creators of extracts   , concentrates, purees, syrups, fruit pastes, compounds and more, the family team sell their products to thousands of companies. So, while they may not see the name of their company—Amoretti— they know their ingredients are there. 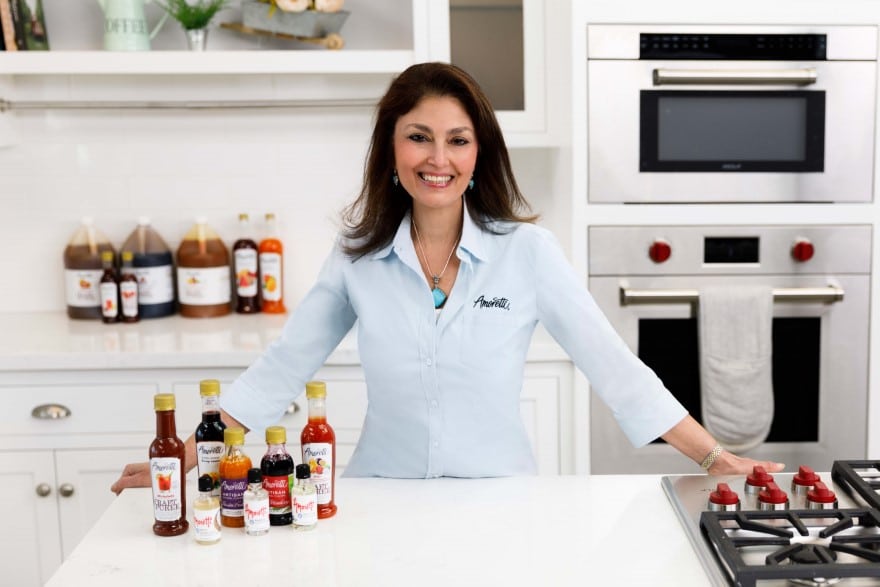 “Being successful  is obviously important, but what’s most rewarding is seeing other companies have success using  our ingredients to create something people love,” Maral Barsoumian says. “Many of them have won world championships for pastries or beer using our ingredients.”

Amoretti, based in Oxnard, California, has over 2,500 products that are available to manufacturers, bakeries, ice creameries, chocolatiers, craft beverage manufacturers, restaurants, hotels, bars and directly to consumers .  Barsoumian says the variety of products and versatility of the business model helped the company not only survive through the COVID-19 pandemic but grow during it.

“I believe we’re unique in our offerings, which allowed us to continue thriving last year,” she says. “People were at home entertaining themselves more and our products allowed them to easily try new things or try to recreate things they’ve had at restaurants.”

Barsoumian says the accessibility of Amoretti’s products is important to her because she wants anyone to be able to use them. The goal, she says, is giving people simple ways of adding  or enhancing flavors. For example, many customers add the company’s craft purees    to beer.

“If you want your stout to taste like an espresso or your IPA to taste like blood orange,  I can give you four ways to do it,” she says.

Most of the time, though, consumers don’t know they’re tasting an Amoretti product because it’s one of several  ingredients in whatever they’re eating or drinking. 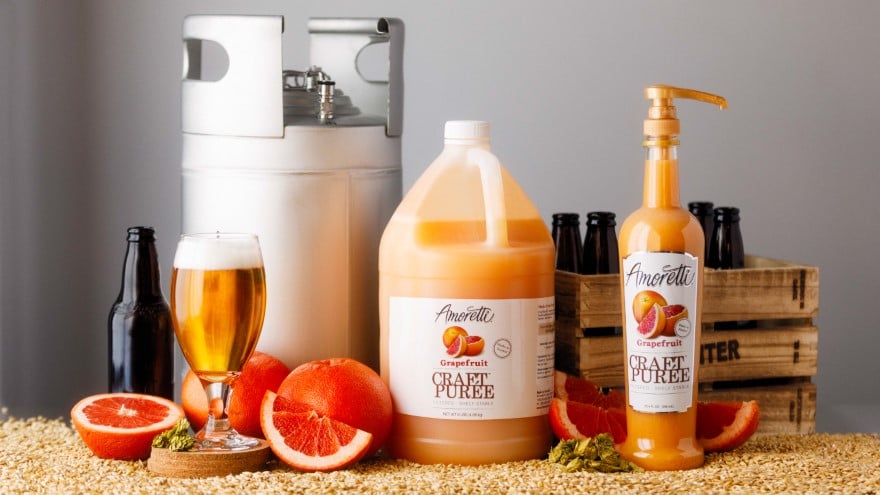 During the pandemic, the company was deemed essential, so it was allowed to continue manufacturing products. In addition to the challenge of avoiding the spread of COVID-19, it experienced labor and staffing challenges, as well as supply chain slowdowns.

In addition to doing more direct-to-consumer sales—Amoretti has been available on Amazon since 2011—the company temporarily added something new to its lineup: hand sanitizer. Realizing they had all the necessary ingredients, Barsoumian says they made and donated sanitizer to local first responders when there   was a shortage.

“I think it really demonstrated the flexibility of our company and of our team,” she says. “It was really important to us as a company to do something to help people during that time.”

With the growth Amoretti has been experiencing, it’s expanded its production capabilities.

After completing design plans and getting the necessary permits to reconstruct one of its facilities in early 2020, Amoretti put the project on pause because of COVID-19. Work resumed this year and, as of October, Barsoumian says the facility was almost ready to use. The facility has been reconstructed to better accommodate new equipment, which she says will increase production capacity twenty-fold.

Having started the company in a 1,200-square-foot facility, Barsoumian says it’s sometimes hard to believe it now has over 120,000 square feet of manufacturing space. The company’s humble beginnings in 1989 included just one product: a European-style almond-pistachio marzipan confection. 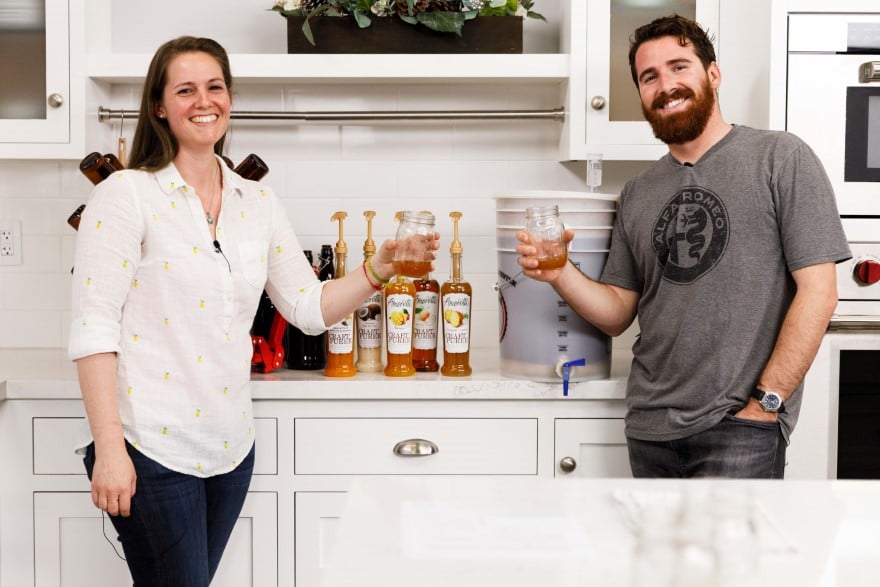 At the time, the newly married Barsoumians were feeling stuck in life and trying to decide what was next when they found   an old handwritten family recipe.  The couple, along with Jack’s older brother Ara and his wife Hasmig, felt the treat would be popular with the immigrant community in California. They  spent the next year perfecting the recipe and eventually got the confection into stores such as Nordstrom and Neiman Marcus.

Sales fell after the holiday season, though,  and the Barsoumians started running out of money. With three pallets of products —one of sugar, one of almonds and one of pistachios—as well as “only a few coins” to their name,  they deconstructed the confection and instead made almond paste and pistachio paste. They then drove up and down California selling it to local restaurants and bakeries.

“We were so determined not to lose our existence, our family, our everything,” Barsoumian says.

To their relief, the sales pitches worked, and bakeries and chocolatiers asked if they could make other  hard-to-find ingredients. As businesses recommended Amoretti to others in the industry and word of mouth spread,  Barsoumian says business took off.

“When I look back at where we started, I don’t know how we got here,” she says. “Among thousands of obstacles and challenges,  I just know every time we struggled or fell down, we got back up and worked harder.”

Now, after over 30 years in business, the Barsoumians make sure to pay it forward. If a new business, such as a small, homemade cookie company, approaches Amoretti looking for ingredients, Barsoumian says they don’t force them to buy in bulk like other companies might.

“We know what it’s like to be in a position where you can’t afford to make a big purchase like that and are just trying to find what works,” she says. “Plus, we know if they succeed, they’ll come back to us.” 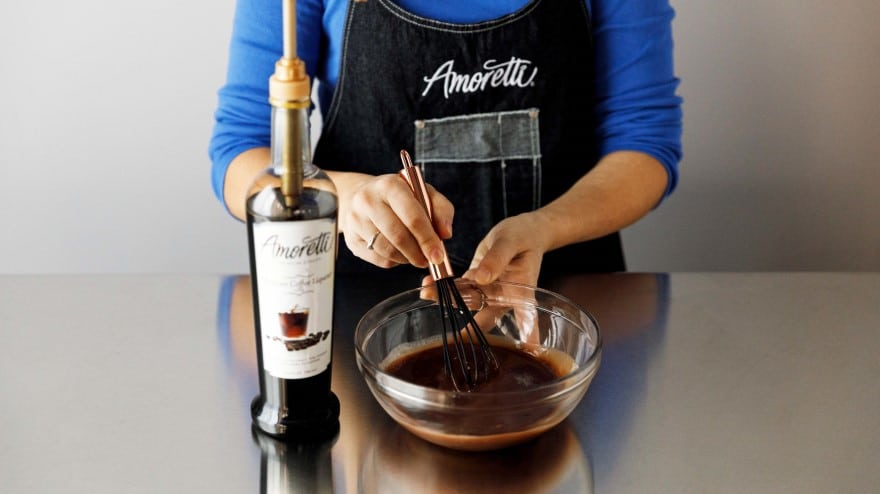 The mentality is all about offering love and support where they can, which is where Amoretti got its name. Meaning “little love” in Italian, Barsoumian says it captures the company’s motto: “We make everything with a little bit of love.”

Looking to the future, Barsoumian says she and her husband want to leave a legacy that outlasts them, one where Amoretti is a household name.

“We want to continue creating things that make people happy and successful,” she says. “It’s our dream to see our life’s work on shelves in every pantry throughout the country.”