After more than 21 years in business, Pete’s Fresh Market has grown to 12 stores, serving shoppers in greater Chicagoland with high-quality produce and grocery items at competitive prices — all backed by the responsive, flexible service that comes from direct family ownership. With new locations in the Chicago suburbs of Bridgeview, Oak Park and soon-to-be Willowbrook, Pete’s Fresh Market is catering to communities and becoming part of the fabric of each neighborhood it serves.

“We’re changing quickly and adapting,” says Stephanie Dremonas, the founder’s daughter and a hands-on leader at Pete’s Fresh Market. “If the customer talks, we listen and act on it. We don’t have to cut through a bunch of red tape to get approval of a new item.”

A family foundation and a family-like team

This kind of agility and receptiveness has helped business blossom for Pete’s Fresh Market over the last two decades. Founder Jimmy Dremonas, owner of Pete’s Fresh Market, is still actively involved in day-to-day operations. He came to the United States from Greece when he was just 13 years old. 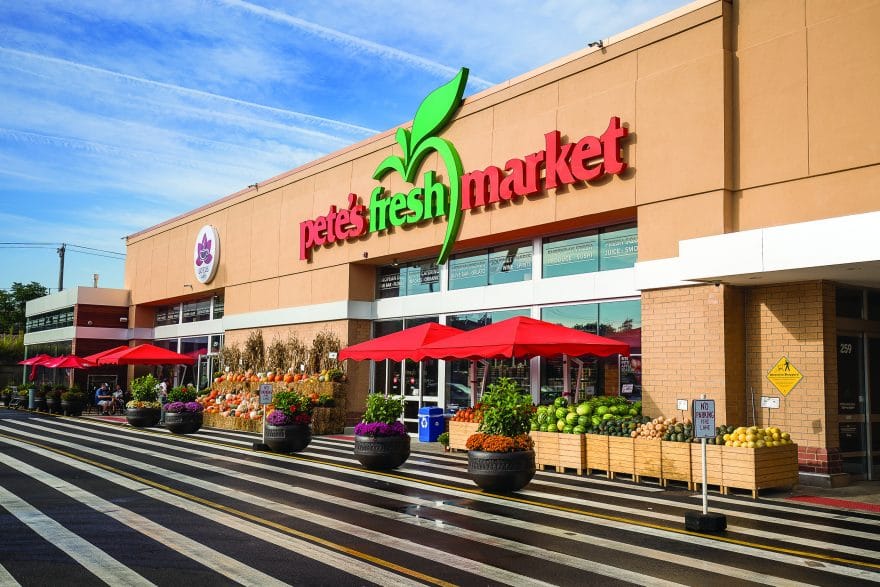 By the early 1970s, Jimmy and his brothers opened a 1,000-square-foot, full-service produce stand on Chicago’s South Side. They named their company after their father Pete and began to transform the business into the full-scale grocer Pete’s Fresh Market has become.

Pete’s Fresh Market has grown to employ upward of 1,600 individuals. “With Bridgeview opening in April 2015 at 72,000 square feet and Oak Park opening in September 2015 covering 46,000 square feet, we’ve added more than 400 employees in just over a year,” notes Stephanie.

Pete’s Fresh Market has grown to employ upward of 1,600 individuals.

Jimmy says the company prides itself in offering not only employment to Chicago area residents, but meaningful careers. “In the past, people would look at a grocery store as a summer job, or a part-time job,” he says. “At Pete’s Fresh Market, we have many longstanding, full-time employees and it’s wonderful to see people grow into careers here.”

Pete’s Fresh Market originated in a minority neighborhood and since, the company has grown business around specific ethnic groups, tailoring stores to the unique neighborhood each one serves by carrying many specialty and international items. “When we open a store, we have an idea of demographics in the area,” explains Stephanie. “We’ll cater to the different ethnic groups shopping at each location.”

But this isn’t always easy, especially with the diversity that is greater Chicago. “There are always challenges learning new markets,” explains Stephanie. “It takes time to get to know the culture – everything from special holidays to shopper habits – and learn how to cater to your customers. It’s always interesting as a retailer to learn, adapt and thrive in a market that you weren’t familiar with before.” 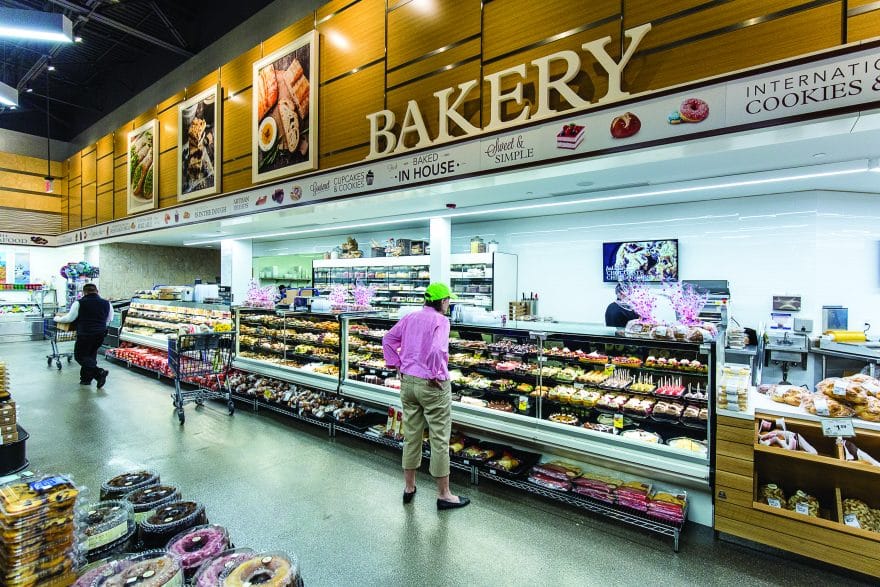 With newly opened Bridgeview and Oak Park, Pete’s Fresh Market now has five suburb locations. “I think our business model is wanted and needed in other neighborhoods,” says Jimmy. “People might have stumbled upon us in another neighborhood, but ultimately, it’s not convenient for them to keep shopping. So when the real estate makes sense, we want to move quickly. This is why we’ve expanded into our five suburb locations outside of Chicago.”

In Oak Park, which has been open for less than a year, the Pete’s Fresh Market team has seen greater demand for all-natural and organic products. “People in this suburb have active lifestyles and are very health conscious,” says Stephanie. “They’re also more willing to pay for organic items. This changes our business model — from the amount of organic produce we carry to the bakery, where we offer more gluten-free and nut-free products. We also offer more low-sodium items and dairy-free products. We also carry cage-free, organic eggs and organic milk. We carry many of these items in our other stores too, but there’s a heavy influence and more selection in Oak Park.”

Stephanie says another side of the business that is growing for Pete’s Fresh Market — across all locations — is the prepared foods section. “We’re finding more customers want to stop in after work and quickly grab a ready-to-go prepared meal for their family,” she says. “We’ve always had a hot foods department, but we’re really ramping up in this area, offering cleaner, healthy options, but also some comfort food and indulgent items as well.”

Even after only about four months in operation, Stephanie says Oak Park is becoming a true neighborhood store. “It’s a place for family and friends to meet, to sit down and enjoy a cup of coffee at our café,” she says.

While there are still growing pains in learning what customers in new markets desire, Jimmy says Pete’s Fresh Market has a strong business model. “I think we have established a nice model,” he says. “We are experiencing some growing pains, but for the most part, we have worked out the kinks. We had some doubts in the past about growing in international neighborhoods, but we succeeded in these neighborhoods. We continue to evolve and we continue to grow by being very careful and mindful about what we offer.” While profitability keeps the doors open, that’s not the only factor that determines the success of Pete’s Fresh Market. “Obviously, there is always a dollar figure associated to success as a business,” says Stephanie. “But for us, we also define success in the sense that our people are proud to put on their name tags and they’re proud of the brand that they represent. The more our employees, customers and neighborhoods feel proud of where they work, where they shop and what we offer; it really gives us a huge sense of pride as a business. This is what tells us we’re doing something right.”

Pete’s Fresh Market remains committed to thinking outside of the typical box-store mentality. “We are not just a cookie-cutter store — we care about everything from floor to ceiling,” adds Jimmy.

With business based in family ties and close customer connections, Pete’s Fresh Market is growing across greater Chicagoland, continuing 21 years of satisfying shoppers in all categories.