Caring for communities in crisis

On March 19, 2020, Superior Grocers President Richard Wardwell was driving across town to visit a store in Santa Ana, California when he heard the news that Gov. Gavin Newsom was issuing a stay-at-home order due to rising cases of COVID-19.

With the mandate going into effect within 72 hours, there was plenty to do to ready Superior’s 47 Southern California stores to better protect the public’s health, including sanitizing surfaces, installing plexiglass around the checkouts, fogging stores with disinfectant and adding staggered times for the elderly to shop. The team acted upon every piece of information from L.A. County officials—which seemed to change by the hour. 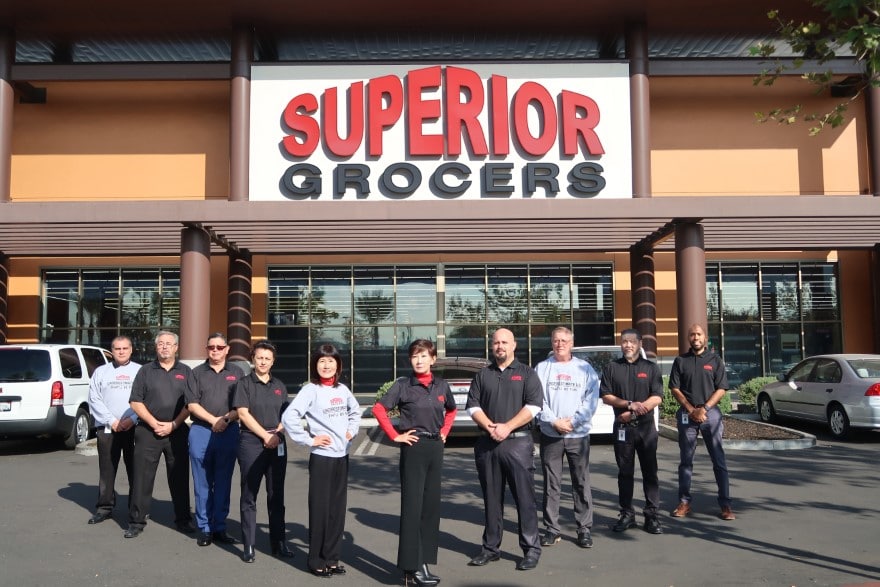 Customers soon flocked to the stores, buying what they could before the lockdown took effect. From Santa Ana to Bakersfield, toilet paper, bread, diapers and milk were quickly cleared from the shelves.

“We did everything we could to ensure safety,” Wardwell recalls. “It was an unfortunate situation—one that couldn’t be controlled by any one person. I was lucky to have so many good people working together. It was humbling.”

It’s a scene Wardwell never could’ve envisioned when he was promoted as president two months earlier.

The company prospered where other grocers failed, Wardwell says, in no small part because of Superior’s investment in the communities it serves, which are predominantly Hispanic, Black and Asian.

“I was the new guy and worried I didn’t know the unique neighborhoods and socially-diverse groups,” Wardwell says. “But it was a pleasure getting to know the people, their foods and the holiday traditions.”

When the pandemic hit, the company was ready to lend a hand. It partnered with the California Department of Health, city officials and local churches to take care of residents, including providing groceries to the city of Montebello and even handing out computers and 1,700 backpacks of school supplies to students at the Rialto Unified School District.

“We were compelled to assist people in ways that we could,” Wardwell says. “The easiest thing to do is complain in these situations, but what people really need is to help.”

While California’s COVID-19 cases and death rates are declining–and the number of vaccinations increase—logistical problems posed by COVID-19 and its variants are by no means over, Wardwell says.

Looking for a large plastic cup to buy one of Superior’s Agua Fresca drinks? Need a black resin fork for a salad to go? Good luck finding either. Likewise, plastic grocery bags are sitting on boats docked in area ports—yet another byproduct of the country’s escalating supply-chain crisis.

“Items large and small are affected,” Wardwell says. “I never knew, for example, that certain air fresheners are reliant on a computer chip to disperse scent.” 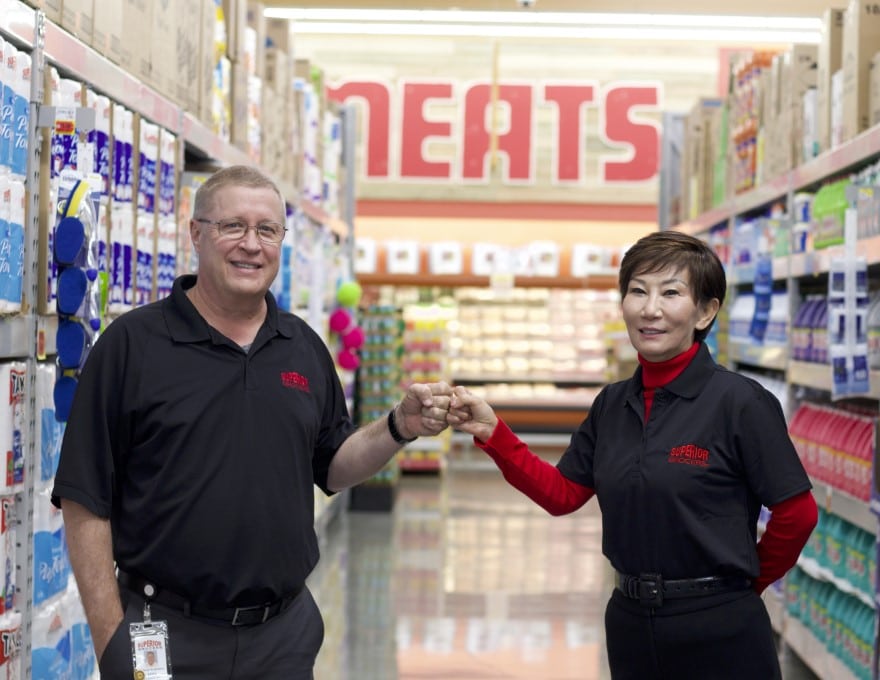 To stock the shelves (and combat shortages), Wardwell and his team are sourcing new products, including many from Mexico—such as household cleaners. It also found a new supplier for shopping bags as its typical ones won’t clear customs for 60 days.

“During these times you have to learn how to bob and weave,” Wardwell says. “It is all about lessening the impact to our customers and providing them with whatever they need.”

“Nobody can afford to let their guard down with this public health crisis,” Wardwell says.

Wardwell was certainly ready for most emergencies in retail—having learned everything from crowd control on Black Friday to enforcing public health requirements—in his 40-year career.

Growing up in Elko, Nevada—dubbed “The Best Small Town in America”—Wardwell went to college in Reno. His career as a grocer started when he “got hungry,” he jokes, and got his first job at Raleys, a local grocery chain. Wardwell later joined Save Mart Supermarkets in 2007 as the director of operations.

“I also worked other jobs from pouring cement to becoming a cook at Bob’s Big Boy,” Wardwell says. “I even considered joining the highway patrol, but this was the right fit.” 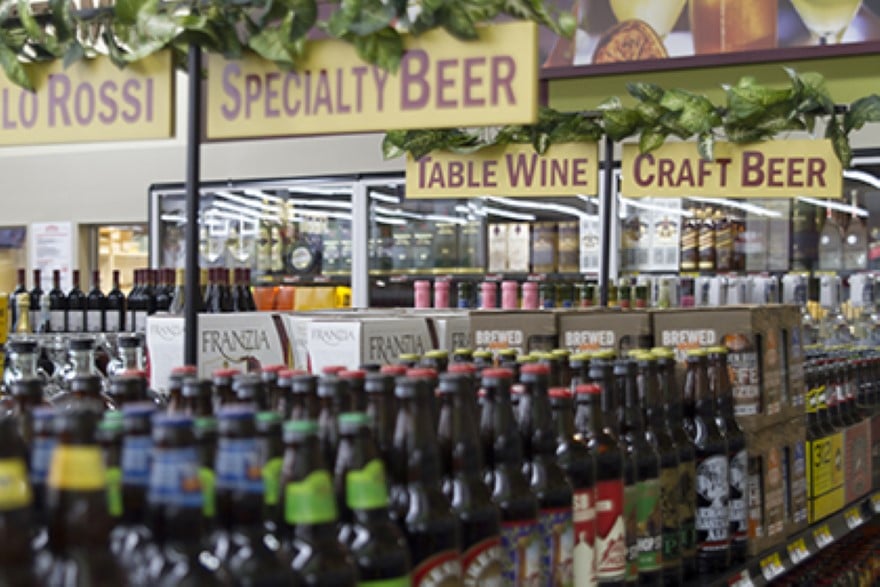 In 2010, Wardwell took a job as a store manager for Walmart, where he oversaw 351 employees and a store with more than $100 million in annual sales. A year later, he returned to Raleys in Sacramento—this time as the vice president of operations in the food source division.

“These organizations certainly prepared me well for everything I’ve faced in my career—particularly safety which is a big part of our industry,” Wardwell says.

In 2014, Wardwell got a call from Superior’s CEO Mimi Song while driving on Highway 99. Wardwell pulled over, and the two chatted for 45 minutes—until a highway patrolman asked him to move along.

And move he did, flying south to visit a Superior grand opening in Gardena, where he was asked if was interested in becoming Superior’s vice president of operations. Nine months later, he was promoted to senior vice president. In July 2017, he became chief operations officer. 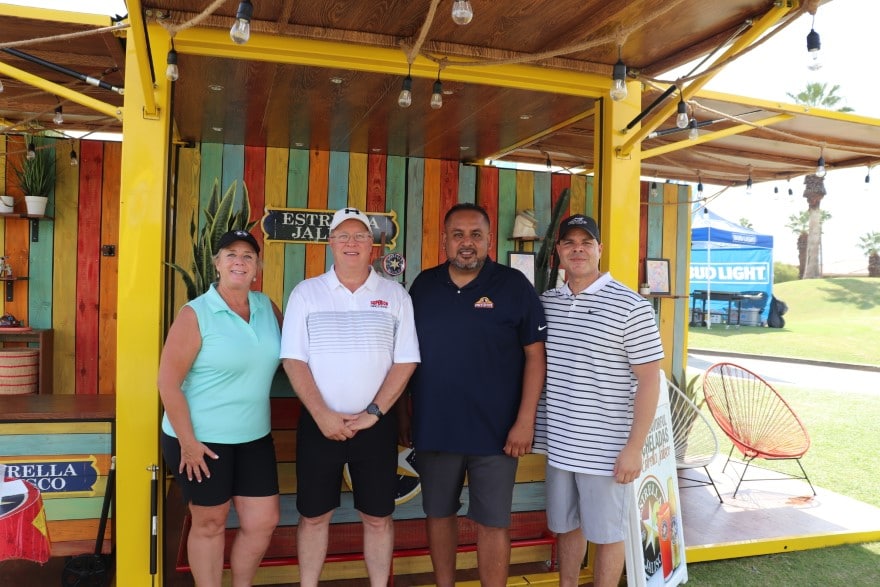 Since he joined the company, Wardwell himself has helped open five new stores, with plans to launch more in the next 10 years. Superior will do this, he says, by opening smaller stores located in inner cities. To keep competitive, it will bake in-house, make its own tortillas and deliver grocery orders.

“People ask me what I’m going to do when I retire, and how will I give back” says Wardwell. “I’m living the dream right now, helping to affect positive change and care for communities.” 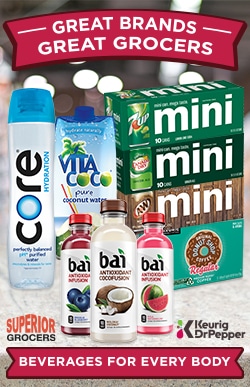 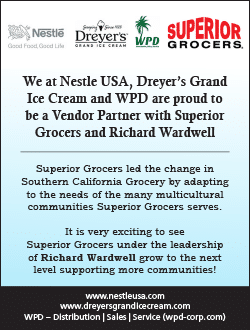