With a rich history in supplying farms with high-quality animal feeds, innovative feeding solutions and excellent customer service, Shur-Gain, a Nutreco Company has been serving upstate New York for more than 20 years and Canada for more than 75 years. Headquartered in Strykersville, New York, Shur-Gain sells and manufactures premixes, supplements and complete feed programs for dairy cattle in New York.

As the only U.S.-based Shur-Gain branch, the division began in 1999 with the purchase of the Strykersville mill. In 2003 that mill was replaced with a new state-of-the-art facility. “We had an existing dealership at the existing site called Schiltz Feeds,” recalls Andrew Hunt, general manager of Shur-Gain. “When Mr. Schiltz decided it was time for him to retire, we purchased the business from the Schiltz family and began operating it until we opened the new mill.” 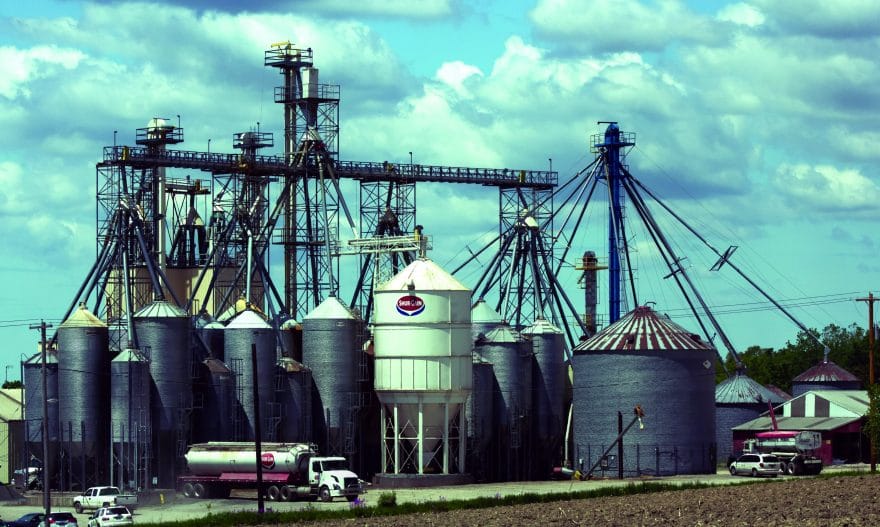 Hunt began working with Shur-Gain in 1998 and moved to New York to run the U.S. branch in 2010. Hunt had previously been a consultant nutritionist working in the field with producers until he began working in a regional and national project management role for the company. He then moved in a business management position in the company’s Ontario location before taking the position in the U.S. division.

The company’s mill in Strykersville is currently the most modern mill in the state of New York. “We have more than 40 bulk ingredients here,” says Hunt. “We also have a large number of ingredients and that provides an economic advantage to the producer because when commodities are extremely expensive, a lot of nutritionists have software that is capable of optimizing what the best way is to get a nutrient profile that the producer desires. More ingredients mean more options, which usually means they can do better with us.”

A fully automated mill ensures all batching and receiving that Shur-Gain performs is electronically initiated and recorded.

Another modern aspect of the mill is that it is fully automated. This means that all batching and receiving that Shur-Gain performs is electronically initiated and recorded. “We have basically the best tracking and tracing system there is,” Hunt explains. “We know exactly how much ingredient went into the mixer and how long it was mixed batch by batch. We believe that is going to become more important as time goes on and that producers will demand higher mixing and ingredient control quality.”

The Shur-Gain mill is one of only a few mills in New York that is Hazard Analysis and Critical Control Points (HACCP) certified. The facility is also Safe Feed/Safe Food certified. “We have been HACCP certified for a number of years now so we continue to progress in that regard,” says Hunt. “We think it’s a pretty big deal to manage your risks. Most vitamins and trace minerals are sourced globally and if there is ever any issue you want to be able to track it down very quickly. Without this level of tracing and tracking and quality control it would be very hard to pull that off.”

Shur-Gain’s dedication to quality control is an aspect of the company that sets it apart from the competition. Shur-Gain samples and tests all incoming ingredients to ensure that it is meeting all nutritional parameters. “This level of quality control flows through all the way into the finished goods.” says Hunt. “If something comes in under protein we know that and are able to make adjustments for it in our database so that we are adjusting the end result of the feed that we are formulating for so we can hit the targets accordingly.”

Building on its 75-plus year history in research and manufacturing, Shur-Gain plans to use its quality and modern techniques to expand the geographical footprint that it serves. With the success of the U.S. branch of Shur-Gain, the company will look to grow its presence throughout the country. Hunt says that the company is currently working on research initiatives that will be very crucial to the future of the industry. “We have some pretty exciting things coming down the pipeline from our research department,” says Hunt. “We’re working on methods that will help improve the efficiency and health of animals we work with.”

The company culture that Shur-Gain has created is an environment that encourages the growth and development of its employees professionally and personally. The people at Shur-Gain display a passion for the industry and the success of the partners it works with. “We really feel like we have a long-term partnership with the producers and industry in general,” says Hunt. “We love nothing more than seeing people expand their farms.”

As the company expands its presence throughout the U.S., Shur-Gain, a Nutreco Company, will use its research and modern nutritional techniques to remain a leader in the Northeast agriculture industry. 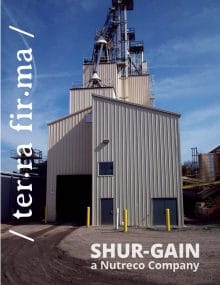