“My father moved to our present location in Dallas County, Iowa in 1934 and started raising small amounts of public-certified seeds such as oats and soybeans,” tells Stine. Born and raised in Adel and growing up around the family business, Stine graduated from Central Dallas High School and then went on to McPherson College in Kansas.

In 1964, he returned to Adel to join his father’s farm and seed cleaning business. “When I came back to the farm from college, I started my research, interested in seed breeding,” says Stine. He came across some unusual soybean plants in one of the company’s fields and started to see the value and additional profit opportunities that breeding, developing and growing newer higher-yielding varieties would present for the company and farmers. 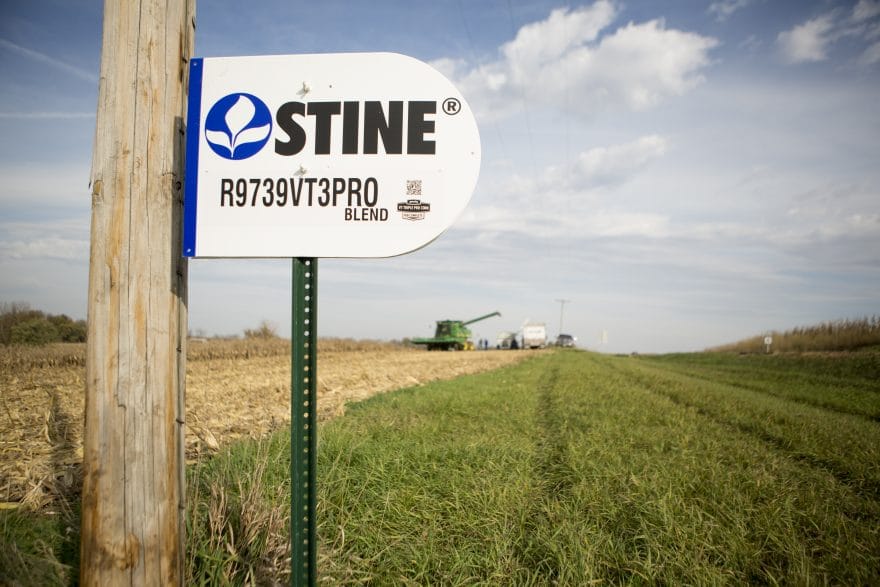 While yield-checking the soybean lines, Stine came to understand what a conventional breeding program could bring to the soybean industry and to growers. “Yield; it’s the single factor every farmer strives for, maximizing the output of every row, acre and field,” measures Stine. “That’s the basis for Stine Seed. Historically, yield has been the name of our game from day one, particularly in corn and soybean seeds –those are the big-ticket items.”

As Stine Seed gradually progressed, testing and pushing the industry bounds in crop genetics and traits necessary to maximize yield, the company welcomed the first of many major milestones in 1997. “We landed a major collaboration arrangement with Monsanto,” recalls Stine. “This was a big milestone for our farm, but for the most part it’s been a gradual progression.”

As gradual as Stine says the progression has been, Stine Seed is now a major industry player. With more than 900 patents, Stine Seed licenses coveted soybean and corn seed genetics to agricultural giants such as Monsanto, DuPont and Syngenta. “Two-thirds of all soybeans planted in the U.S. have Stine Seed genetics –directly or indirectly,” measures Stine. “Almost any company in the U.S. that sells soybeans gets some of its genetics from us.”

But Stine Seed’s reach is well beyond the heartland. “Our headquarters are in Adel, where we market to the corn and soybean belt, but we also sell to customers in China, South America and Europe,” tells Stine. “Most of our research is done in plots in across the Midwest in the summer, but we do a great deal of plant breeding Guyana, which is right on the equator. This location speeds up plant breeding substantially with a crop generation every 90 days.” 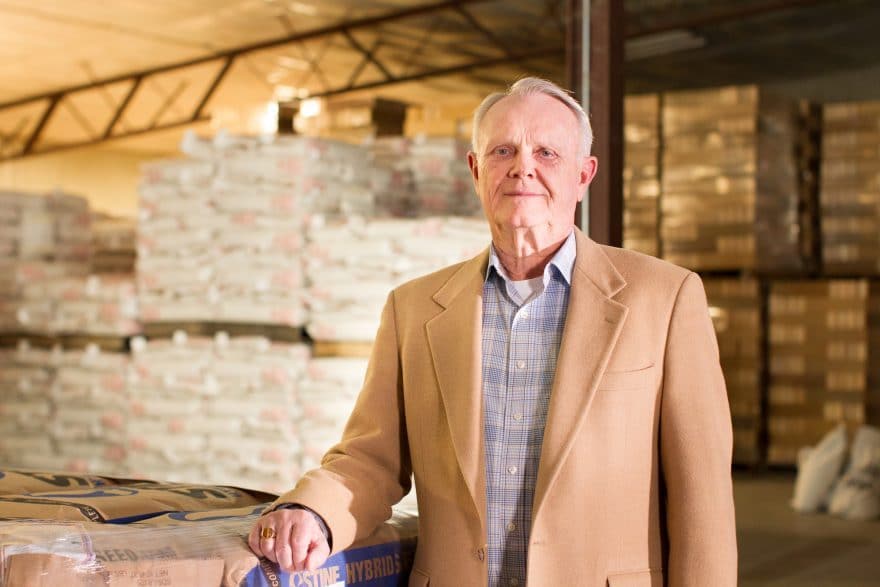 Stine Seed has grown by leaps and bounds since the first the groundbreaking genetics, now employing 500 professionals globally. “Our people see genetics differently,” compares Stine. “There are a number of principles we adhere to that aren’t taught in schools. We look at things that most companies don’t.”

This is the innovative direction Stine Seed has grasped in terms of its unique corn breeding program. “The basic idea is to move to a shorter, more compact corn plant that can be planted in extremely close proximity with different genetics than the industry norm has been,” says Stine.

Historically, corn seeds were planted in rows spaced 42 inches apart, allowing horses to cultivate between the hills. Stine Seed’s high-population corn varieties completely transform the notion that corn must grow tall in widely spaced rows. These new seeds thrive at higher densities and produce shorter plants with smaller tassels and upright leaves, allowing them to capture more sunlight. The plant type is designed to thrive in narrow rows of just 8 to 12 inches and provide average yields as high as 300 bushels per acre.

As gradual as Stine says the progression has been, Stine Seed is now a major industry player.

To no surprise, this seemingly magical genetically-modified seed formula Stine Seed has shaped is turning heads in agribusiness. In early 2015, John Deere announced it would be partnering with Stine Seed to develop the equipment to match this type of narrow-row production and narrower row spacing.

In a press release, John Deere says the development, known internally as the “Budapest” project, will use the already-developed Twin Row planter unit designed to plant corn in close proximity. The machine will have 72 rows of 8-inch twins on 20-inch centers, sitting on a frame based on John Deere’s DB60. 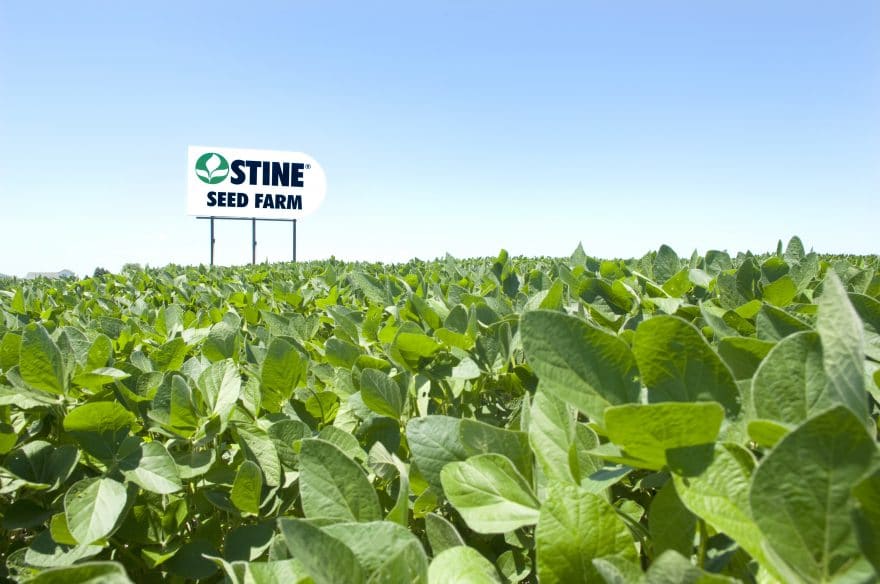 The planter has more rows per foot than any planter ever produced by John Deere. Stine Seed has selected a pilot group to test the new seeds, mainly Midwestern farmers and has ordered 50 of the new John Deere planters. Fresh off the line, the equipment will be leased to select growers during the spring 2015 planting season and, if all goes as planned, be commercially available by early 2016.

Stine has built his legendary career around this kind of progress. “Research is expensive, but when you look at the big picture, it’s about moving forward and making progress,” he says.

At 73 years of age, Stine says he’s still having fun. “Almost every year, we set a record in terms of what we’re doing,” he tells. “Right now there’s a lot of opportunity in agriculture and the next few years are going to be better than the last 100.”

“Never settle, until good is better and better is best”; that’s the motto behind Stine Seed Company and the reason Stine and his team have been pushing the seed genetics envelope for more than 50 years.