In the early days of the COVID-19 pandemic, it seemed like everyone was trying to make sourdough bread. Bruce Stewart recalls people coming into True Grain Bread, where he’s owner and president, to share stories of their success, and sometimes of their fails.

One man told Stewart he’d been in the shop six months prior and had scoffed at the six-dollar price of a sourdough loaf. When he tried to make it at home, though, three days of work only produced two small, baseball-sized pieces. 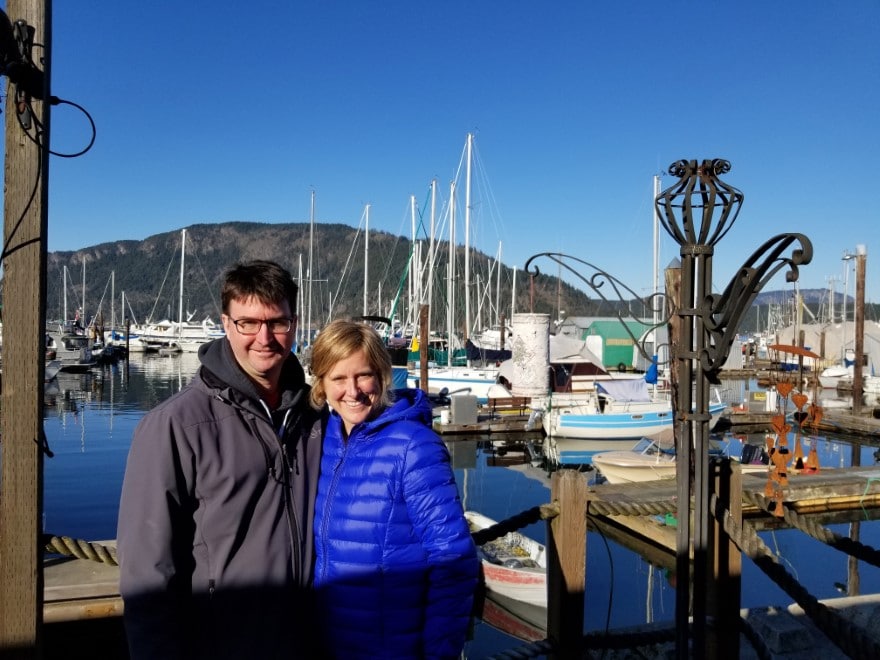 “Now his perspective is, ‘How can you afford to do that for six bucks?’” Stewart says of the customer. “As people have gotten more into bread, they’ve started to understand the skills involved and how labor intensive it is. When you eat good bread, what you’re tasting is craftsmanship.”

The craftsmanship and quality at True Grain Bread is what’s kept customers coming in during the pandemic, he says. The organic craft bakery, which was founded in 2004 and taken over by Stewart in 2008, has two locations in British Columbia, Canada—one in Cowichan Bay and the other in Summerland. In addition to bread, it also makes pastries, cookies, brownies and dried pasta, as well as breakfast items like mixes for oatmeal, waffles and pancakes, and granola.

“We’re looking at how we can maintain quality and have customers support these important initiatives when zero waste may no longer be top of mind because everyone’s worried about the pandemic,” Stewart says. “We’ve been able to stick with it and fortunately, customers have stuck with us.”

All the grain is sourced from farmers in British Columbia. None of the food is made with preservatives or additives, he says, which is part of his effort to show people how food tastes when made with fresh ingredients. He says he aims to bring a more European style of eating to customers, in which he says people think more consciously of what they consume.

In addition to knowing where and how the food is grown, working with farmers helps their businesses and is better for the environment. When he first started at True Grain, Stewart worked with a consultant to reduce the company’s carbon footprint. One of his biggest takeaways was the importance of reducing long distance shipping and sourcing locally instead. 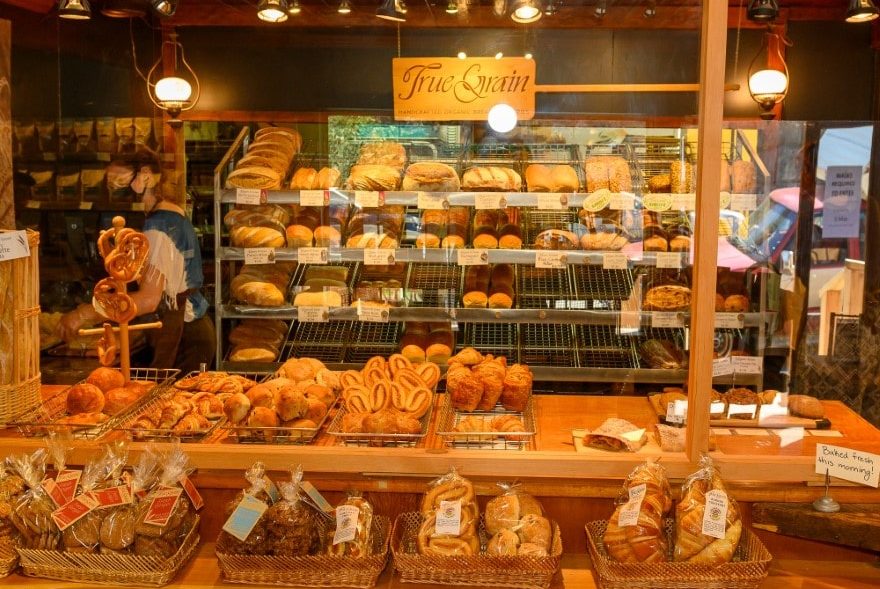 Switching to LED lighting in the shops 13 years ago was “a big deal and a large expense at the time,” he adds, but is now an expected way of being more sustainable.

“Lots of people and companies are realizing that we can’t continue the way we are,” Stewart says. “We need to make different decisions and reduce our reliance on fossil fuels. Consumers will demand these things, so we want to be on the forefront of that change.”

While Stewart tries to be as proactive as he can, some ideas do come from customers. For example, more and more people were requesting sliced bread at True Grain, but were looking for better packaging. The shop had been using biodegradable cellophane and cardboard boxes, which worked well for things that would be eaten soon, but not for items that would be frozen at home.

Stewart now uses “omnidegradable” packaging, which breaks down completely and leaves behind no waste. Made by TekPak Solutions, the bags look and feel like plastic, he says, and protect bread when put in the freezer. 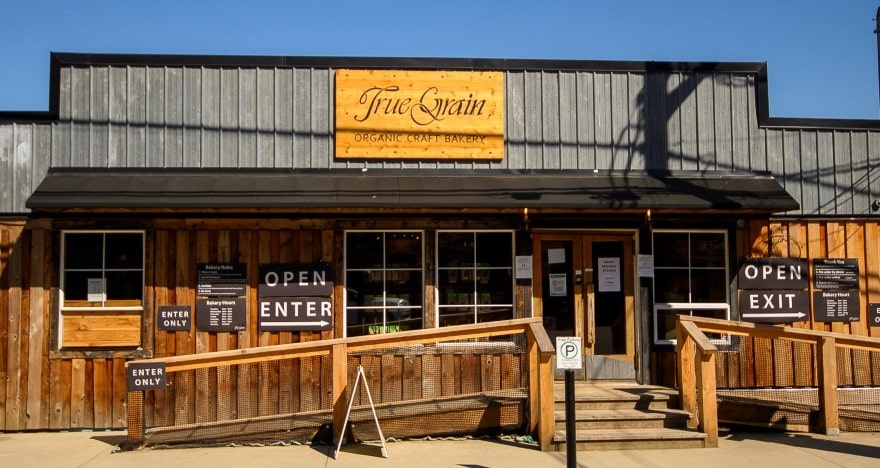 “This was the last piece in the puzzle for us in generating zero waste, which for a company of our size, is an amazing accomplishment,” Stewart says. “It appeals to customers and also makes us a more desirable place to work because people want to work somewhere that makes a difference.”

True Grain Bread, which Stewart describes as “sort of a family run business,” has around 25 employees. He bought it because he and his wife were looking to live in a small town where they could run a business and start a family.

“I’ve always been a fan of good bread, and this was an area we wanted to be in,” he says.

Stewart met with the original owner, who wanted to hand the business over to someone interested in its legacy. Having an entrepreneurial spirit and an interest in sustainability, Stewart says the opportunity felt too good to be true. 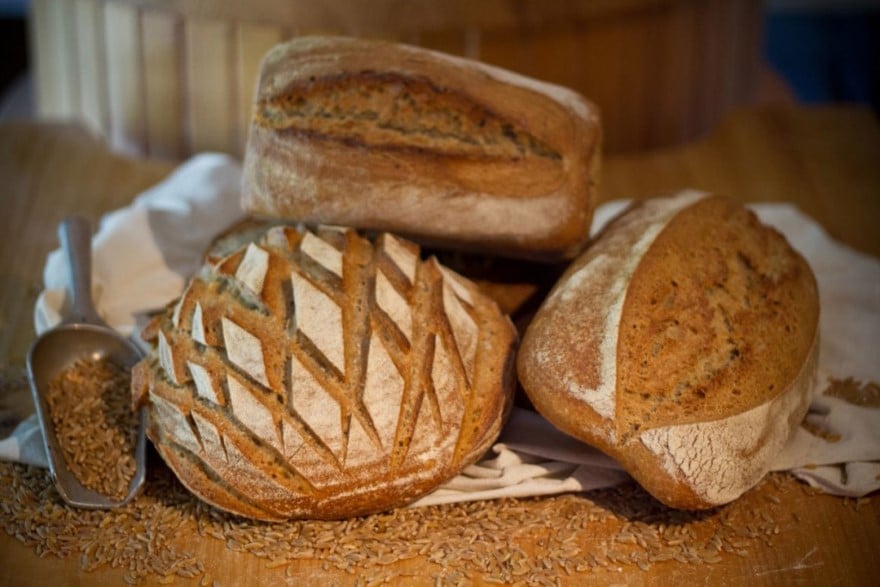 Running True Grain Bread offers a much different way of working than what he’d been doing before, he says. Prior to buying the bakery, he worked in sales at Saputo Foods and Kraft Foods. While that gave him great knowledge of the food industry, he says his current venture has taught him more about the human connection to food, and to the environment.

“We take our relationship to nature very seriously,” Stewart says. “We want to continue being leaders in this space and keep making changes to protect the future of our planet. The world doesn’t need 1,000 people doing it perfectly; it needs millions doing a little bit better every day. We can help with that.” 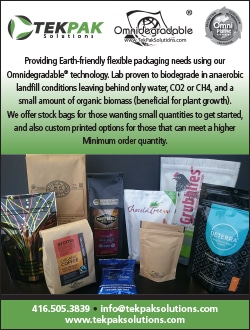