Going out to eat with children can be challenging, especially if they’re picky eaters.

Darden Coors had been seeing this at MAD Greens, the fast casual restaurant chain where she’s CEO, and wanted to offer more than salads. Now, with macaroni and cheese on the menu, she’s hoping the restaurant will appeal to a wider audience, whether that be kids or anyone who’s picky or looking for comfort food.

Coors, of the Coors Brewing Company family, says adding mac and cheese to the menu is on brand for MAD Greens despite its primary offerings being salads. 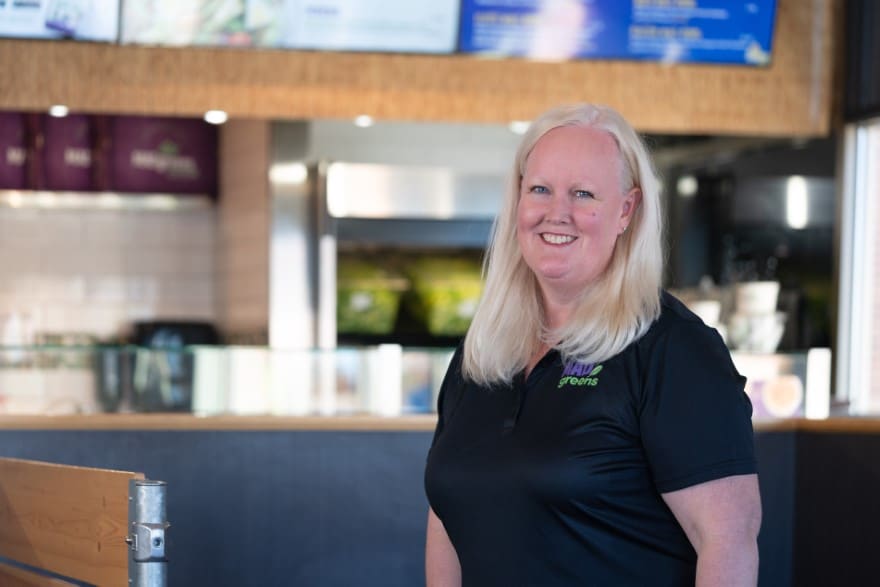 “People tend to think healthy eating is serious or boring, but it can be fun and flavorful and it’s not about always being perfect,” she says. “Mac and cheese is a little more indulgent and goes with our belief that ‘you be you’ and understanding that not everyone wants to eat healthy all the time.”

MAD Greens, which has 25 locations in Colorado, Arizona and Texas, has menu items that guests can order “as is” or that they can customize, say by adding a vegetable or selecting a different dressing. They can also order “build your own” salads, grain bowls or wraps.

“It feels like our meals are a conversation together—the chef crafted ideas with ingredients we feel go well together, and that’s mixed with the tweaking by the guest based on their preferences,” Coors says. “Healthy eating looks different for everyone, so we take fresh ingredients and put them together however you want.”

With the macaroni and cheese, guests can choose the classic white cheddar cheese sauce flavor or something more unique and flavor-forward, like barbecue or the guest favorite, elote, which is twist on Mexican street corn.

The macaroni and cheese launched in December after months of internal taste testing, Coors says. MAD Greens gets its cheese sauce from Blount Fine Foods, a manufacturer of fresh prepared foods the restaurant has worked with since 2017. When Coors wanted to add something new to the menu, she asked Blount, which has supplied soup to the restaurant for years, for ideas. 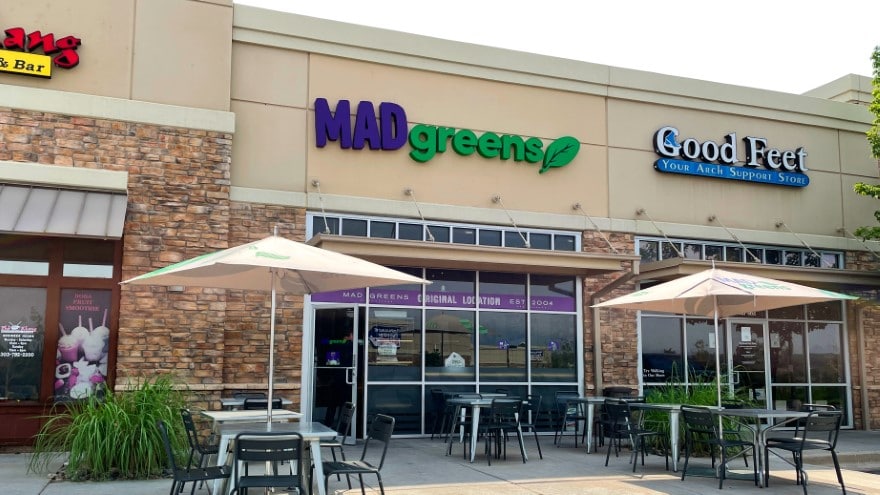 “Mac and cheese was the perfect idea and it really captures the market we were hoping to appeal to,” she says. “When Blount presented the option, it inspired us in ways we didn’t expect. We were surprised at how well it works with the MAD Greens brand.”

The brand, she says, is captured in the name itself, with the menu items reflecting this “madness.” Salads are named after people “who had a little madness in them,” like Don Quixote, Edgar Allan Poe and Annie Oakley. “Without a little so-called crazy in the world, it’d be boring,” Coors says. “We wouldn’t be as creative and innovative.”

MAD Greens is currently going through a rebrand so its store environments and marketing images align with the food names. The rebrand was supposed to launch in 2020, but with the COVID-19, “we had to embrace a whole other kind of madness,” Coors says.

The new visuals, which adorn restaurant walls and are seen on the company’s website and mobile app, are of the characters and people for which the salads are named. For example, the website features an illustration of Annie Oakley holding a giant fork while standing on an avocado. 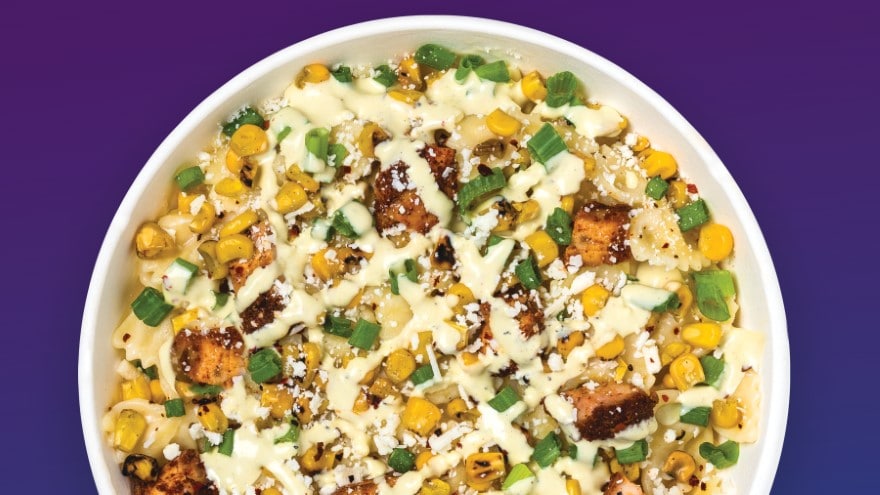 “Our culture is fun and whimsical, so now we’re capitalizing on the artistic aspect of that,” Coors says. “We want to bring the brand to life. Nobody says, ‘I like the salad with avocado.’ They say, ‘I like the Don Quixote,’ so we’re really leaning into that.”

The new logo, which has bold purple and green text next to a spinach leaf, was introduced in February 2021 alongside the app and a new rewards program. The graphics were integrated into the app from the start and began going up in restaurants at the end of 2021, with Coors expecting all the restaurants to have them within 2022.

As more locations open, they’ll all have the new graphics, too, she says. MAD Greens will start franchising in early 2022, with the goal being to have 100 locations within the next four to five years.

“We’ve always had feedback from customers asking when we would franchise,” Coors says. “They would love to see our salads in different markets, so we’re looking for groups that are willing to believe in our madness and partner with us in new cities.”

Coors “bought into the madness” in 2013 after looking for an opportunity to become involved in the restaurant industry. Her background is in real estate law, which exposed her to the business and sparked her interest.

Coming from such an entrepreneurial family (the brewing company was founded in 1873 and has been in the family ever since), Coors was raised with a business mindset. 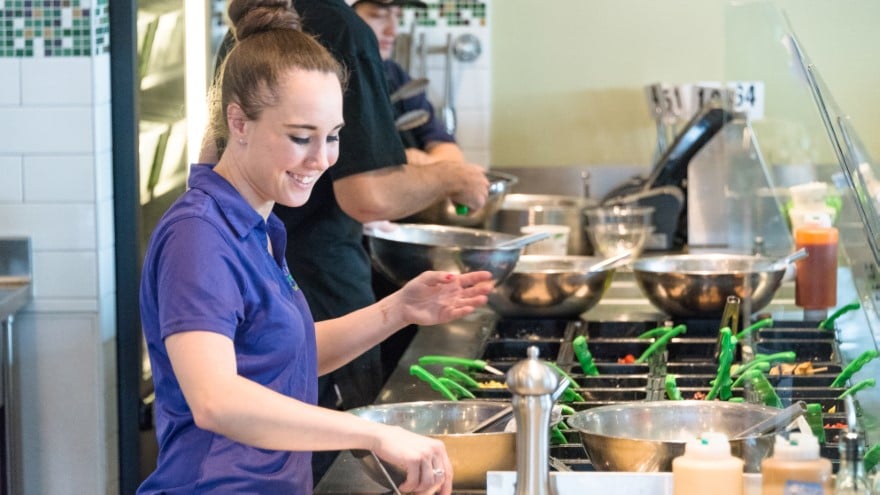 “Part of the goal of the generation above me was to train us to be leaders in the companies we choose to join,” she says.

Shortly after Coors shared her interest in restaurants with her family, her cousin met one of the owners of MAD Greens and connected the two. A few months later, AC Restaurant Group, a Coors family company, acquired the restaurant chain, which was founded in 2004.

“I’ve loved being part of MAD Greens because it’s always changing and there’s always something new to learn,” Coors says. “Every day brings a new challenge, which I enjoy, and I have an amazing team of people that I get to work with.” 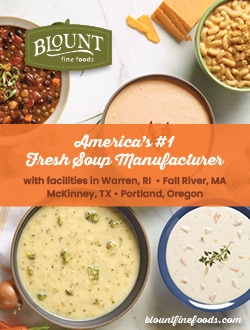 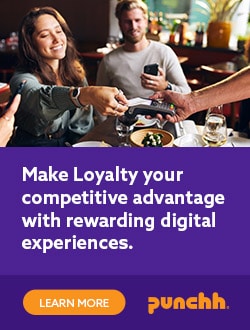