Inspiring the next generation of agricultural contractors

In the world of dairy and agricultural construction, there’s a growing knowledge gap.

In many cases, fourth-generation farmers are running farms built by past generations, so they haven’t had to build much from the ground up. As a result, they’ve had less experience pulling shingles, running pipe and pouring concrete.

In other instances, the next generation of builders are going to prestigious schools and earning titles like “project manager,” but they haven’t gotten their hands dirty. They’re being told what to do, often by computers, but not shown how to do it.

“People don’t understand what to do with their hands,” says Matt Migliazzo, the son of a third-generation dairy farmer and owner of M-Mig Construction Inc., a dairy and agricultural construction company he started in Merced, California, in 2005. 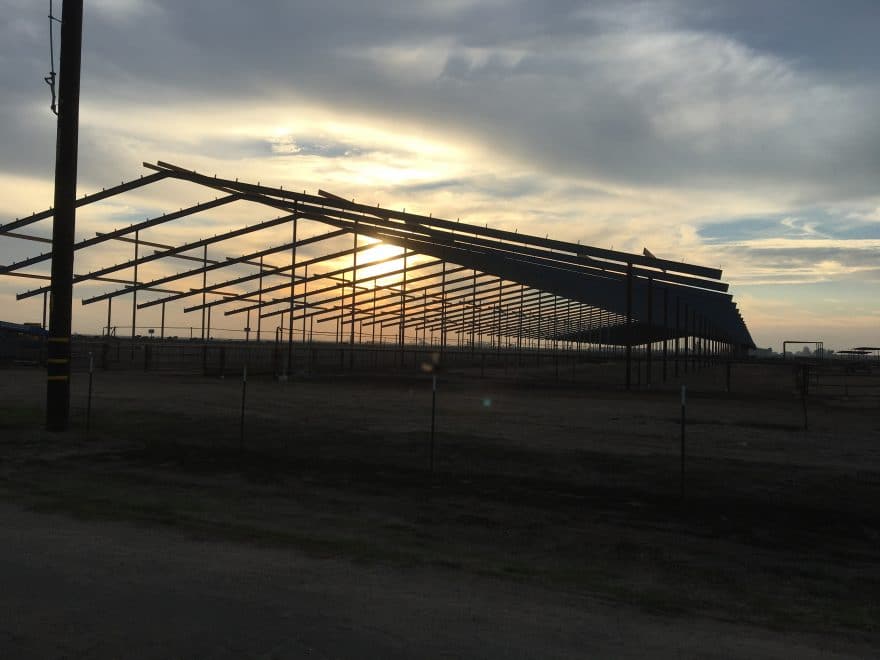 “You’d be surprised how many people can’t even read a tape measure, swing a hammer, hold a hammer, drive a fork lift, use their vision or read a set of plans,” he says.

The silver lining, Migliazzo says, is that there’s tremendous opportunity for young people to build their skills and find rewarding careers in agricultural construction.

While higher-paying public works projects lure many contractors, dairy and agricultural construction can be lucrative, too. There’s plenty of work, which translates to long-term job security, and beyond the monetary benefits, there’s benefit to seeing projects and technology progress.

Whereas farming of any kind is often a 24-7 job, dairy and agricultural construction can offer a work-life balance that’s appealing to people like Migliazzo, who wants to spend quality time with his wife Ashley and their two young sons, Max and Evan.

Then, there’s the fact that some of the things companies like M-Mig are building have the potential to be revolutionary.

Increasingly, M-Mig is building methane digesters, which take wastewater used to clear manure, store it in large concrete pits and pump stations, and then trap the methane gas, which is either burned to create energy—often enough to offset farmer’s $70,000 monthly electricity bills or meet carbon reduction requirements—or turned into hydrogen, which may be used to power the hydrogen cars of the future.

“I wish we could make it more inspiring to be a dairy contractor,” Migliazzo says.

Perhaps without realizing it, he’s doing just that.

In 2005, Migliazzo started the company with one other employee. The demand for agricultural construction was strong, and M-Mig grew to 10 employees in the first year. In subsequent years, it added two to five employees annually.

Today, M-Mig has a team of roughly 35 to 40 employees, and its recent projects have included methane digesters, barns on dairy facilities, hay barns, horse barns, a sweet potato processing facility and work for some of the largest vegetable processors in the Valley. Its projects average $300,000 to $500,000, with plenty of small projects and a few larger million dollar jobs. 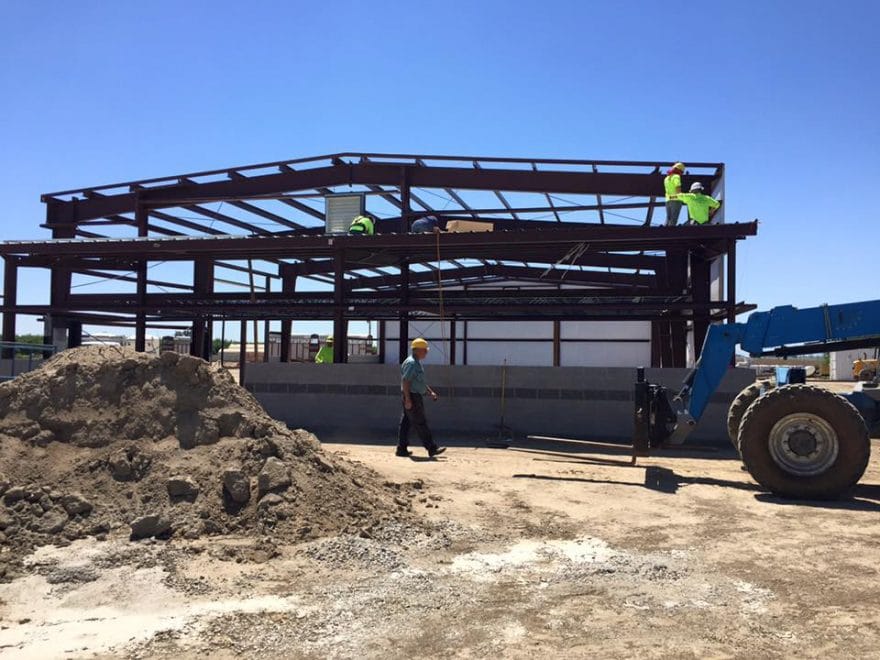 M-Mig also builds a few custom homes each year, mostly for its existing customers. That variety has seen the company through tight times, including the especially lean years of 2008 and 2009.

M-Mig works with extremely large dairymen and 20,000-acre farms, all the way down to dairies with just 200 cows, as well as organic dairies and small, local hobby farmers.

“We’re not scared to tackle any kind of challenge,” Migliazzo says.

“We don’t necessarily need workers,” Migliazzo says, noting that he can bring people in and train them. “We need people who have their own companies who are willing to take on the work just because you can’t find enough subcontractors to do the work.”

M-Mig works with a pool of about 15 dedicated subcontractors and uses its own crews to do things like install dairy fans and the rubber matting cows walk on, but Migliazzo says he would love to sub out even more work.

In an ideal scenario, he’d sub it out to young, local contractors.

“I don’t think people realize how much financial freedom you have if you’re good at your trade,” he says.

That can be remedied a few ways: encouraging the idea that not everyone needs a four-year college degree or a desk job, increased vocational training, and established businesses reaching out to potential tradespeople.

“If a young person is starting a business around me, I’m going to be the first one to hire them,” Migliazzo says.

Rooted to the farm

For young people with both agricultural and construction experience, there’s also a challenge, one Migliazzo knows all too well: the pressure to stay on the farm, to uphold the family legacy.

“So many young kids have grown up on a ranch or farm and have knowledge and skills to build things and are just scared to leave,” he says. 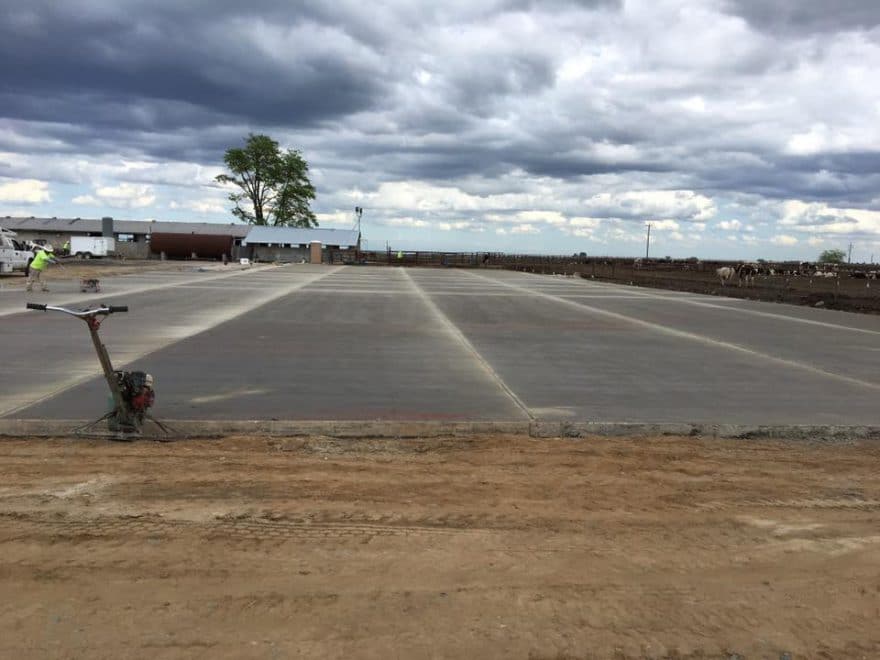 They have good reason. When Migliazzo announced he was not going to be a dairyman and that he was going to leave the farm, his grandmother barely spoke to him for two years. He was the first Migliazzo to leave.

But he’d grown up in a house with a dairyman who was an amazing father, but just wasn’t around all the time. He wanted a career that would allow him to work with his hands and afford him weekends with his children.

Migliazzo is happy with that path he chose. Same for plenty of dairy producers. 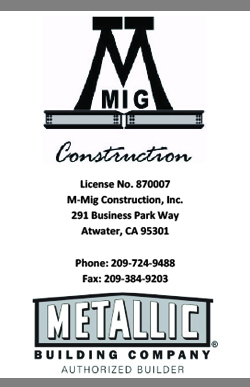