A jack of all trades hones in on grain bins

Drive through the Midwest’s vast farmland and you’ll see massive metal structures rising from the horizon, their industrial appearance contrasting against the natural landscape.

These are large, commercial grain systems, and at the heart of each are grain bins—vented, silver, corrugated steel structures that store dry grains, typically corn and soybeans.

According to the National Grain and Feed Association, the U.S. has the capacity to store 14.2 trillion bushels of grain. That’s thanks to companies like Dacotah Grain Systems, an Iowa-based millwright, grain systems and grain bin erecting company.

A few years ago, though, Dacotah Grain Systems decided to start its own bin jacking division. The company wanted to bring the same qualities that have made its contracting business successful—speed, quality, timely service—to the bin jacking trade. Now, Dacotah Grain Systems completes this essential part of its own projects; it also subcontracts the service to other grain system installation companies, as needed.

Now, with a few years of bin jacking under its belt and a team of experienced foremen, Dacotah Grain Systems is looking to grow the division.

But that doesn’t mean it’s easy.

Bins worth a million bushels

To those unfamiliar with grain bin construction, it can seem a bit backwards. The top of the bin is assembled first. Then, it is jacked in the air and sheets of corrugated steel are wrapped around the structure and bolted in place. That process is repeated—jack the bin, wrap it in steel, bolt everything in place, repeat—until the structure is complete. 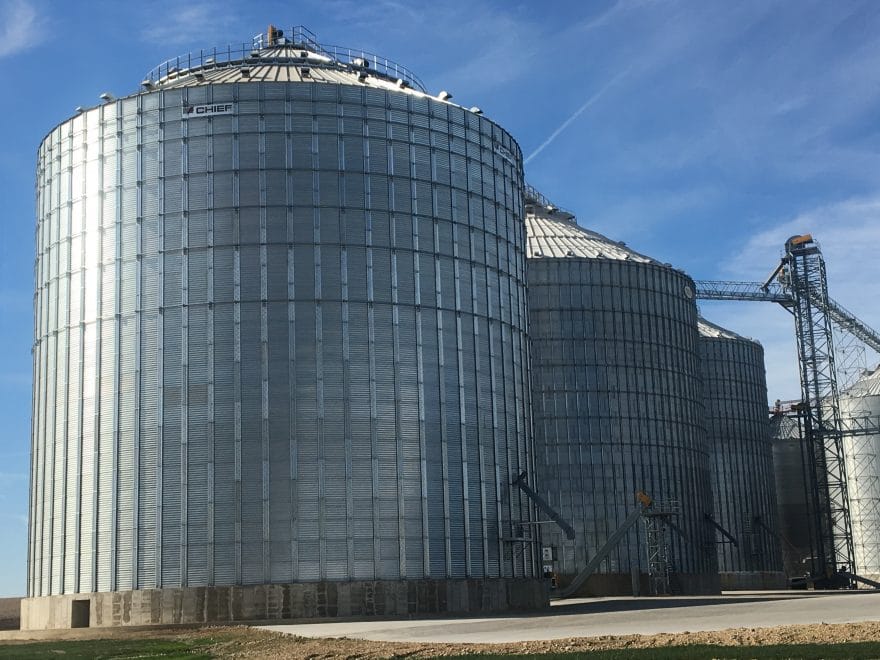 It’s no simple task. Typical commercial bins range from 60 to 150 feet in diameter. Some grain systems hold up to a million bushels. Others, like the bin Dacotah Grain Systems erected in late August, hold 750,000 bushels. Bin work can take anywhere from a couple of weeks to several months, but the season for bin jacking is short, as work must be completed before grain harvest begins. And even in warm weather, bin jackers are up against the elements.

Assuring the horse is ready for the cart

Grain bins serve as a keystone. On grain storage construction projects, dirt and concrete work is done first. Then the bins are installed, and only after the bins are complete can accessories like grain legs and conveyors be installed. Later, electricians come in.

“It’s kind of the heart of the system,” Schut says. “It really starts to look like a jobsite when the bins go in the air.”

So, it is especially important that the bin jacking work is completed quickly and on time. If it’s not, it can delay all of the trades that follow. As a general contractor, Dacotah Grain Systems knew this all too well, and it’s why the company launched its own bin jacking division, so that timely delivery was entirely in its hands.

The season for grain bin construction is short, so Dacotah Grain Systems has to be creative in order to deliver projects on time.

Dacotah Grain Systems also noticed a growing need for bin jackers. While bins are one of the most effective ways to store grains, building them is hard work. It’s done outdoors and it’s loud.

It’s a traveling trade, too, so crews are often on the road, staying in hotels during the spring and summer. At any given time, Dacotah Grain Systems might be working in Kansas, Wisconsin, Minnesota, Iowa, South Dakota, Nebraska or Michigan, and the company hopes to expand into the South. 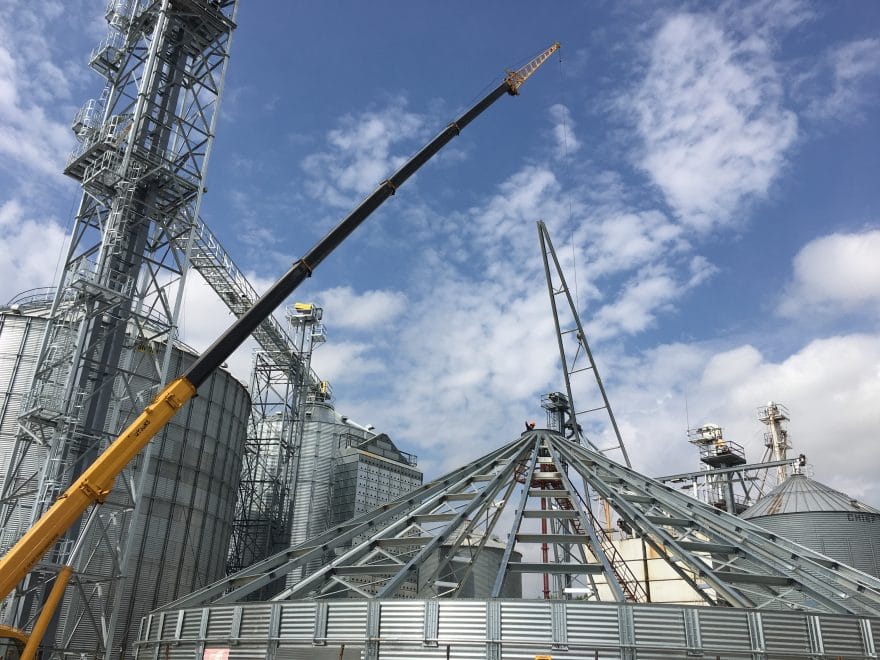 It’s vigilant about employee safety, which is critical in the bin jacking trade. Dacotah Grain Systems provides continuous safety trainings and is regulated by the Occupational Safety and Health Administration (OSHA).

“The biggest thing is we get in, get out, do it quick, safe, effective and on time,” Schut says.