In Preston, Maryland, situated on the Delmarva Peninsula, Nagel Farm Service is running on nearly 70 years of family ownership and the kind customer-first business values synonymous with a multigenerational operation. Since inception in 1946, Nagel Farm Service has grown from a small livestock and dairy farm to a feed mill and now multifaceted grain company with five facilities and more than 6.5 million bushels of capacity. Despite the expansion, Chad Nagel, third-generation at Nagel Farm Service, says the company is just the right size.

“We’re large enough to stay relevant and invest in our facilities that support some of the most productive land in the mid-Atlantic, but we’re small enough to run it with a focus on customer service that’s really responsive,” he says. “There aren’t a lot of layers here, as you might see with some of the extremely large companies. We’re here on-site, on the job and able to react to our customers quickly with well-run facilities in good shape in terms of equipment and capacity.” 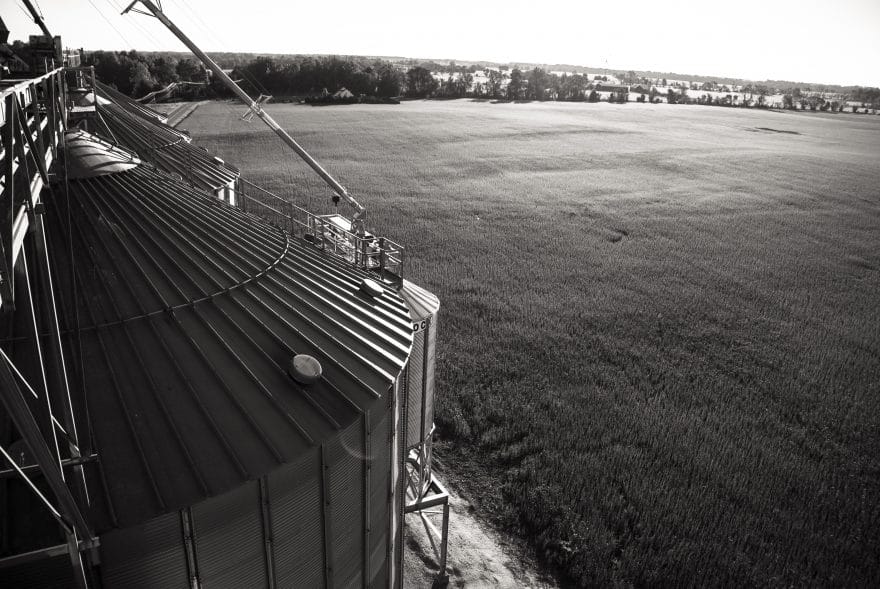 When the Nagel family first entered the grain handling business there were many similar-sized operations, but through years of industry consolidation, Nagel Farm Service remains one of the few family-run businesses in the category. “Others have sold out to larger poultry integrators such as Mountaire and Perdue who have locked up a lot of the region’s grain storage,” says Chad. “We work very closely with these large corporations to provide a local supply of grain, but we’re one of the few grain businesses that are still independently owned.”

Making the shift from livestock and feed to grain

The first generation to launch Nagel Farm Service begins with Chad’s grandfather, C. Brooks Nagel in the late 1940s. “My grandfather was a poultry farmer with some land and other livestock such as hogs and dairy cows,” recounts Chad. “He bought a feed mill in the late ‘40s across the street from his home and he started producing feed, mainly for his own animals.”

This eventually blossomed into feed production for other area farmers. As the feed mill grew, he added grain storage to accommodate the feed mill’s needs through the ‘50s and ‘60s. “In the ‘70s, my grandfather built another grain facility a few miles away and added a hardware store,” says Chad. “This location remains one of our five today.”

In the ‘80s the livestock industry began to consolidate from small single-farm operators to larger contract operations for national poultry names. With larger players moving in, David Nagel, Chad’s father, saw an opportunity to take the family business in a different direction, making the shift from feed production for livestock and dairy to grain handling and marketing.

“One of the catalysts that sparked the shift was the government came out with a dairy buyout deal because there was an oversupply of dairy,” explains David, now president of Nagel Farm Service. “The deal required dairy farmers to sell their cows for beef and at the time the dairy side was the largest aspect of our business. I saw the trend and thought it was a good time to focus our efforts on something else.”

“It was the best decision I’d ever made for the business,” says David. Nagel Farm Service started rapidly expanding its grain operations, from one location to two, and on, purchasing area operations that were preparing to sell out. “Since then, most independent grain dealers have gone out of business, which has created opportunities for us,” says David.

After college, David’s sons returned. “Chip is the oldest and he has a knack for engineering and operations,” he says. “Chad is the youngest of my children, but he’s a CPA and he does all of our financing and trading.”

“Their strengths really complement one another in running the business,” adds David, who now takes more of a backseat, oversight role in Nagel Farm Service while his sons manage the day-to-day operations.

David’s decision to focus on grain has certainly paid off for Nagel Farm Service. Now the company has a network of five elevators strategically located throughout the Delmarva Peninsula and more than 6.5 million bushels in storage capacity for corn, beans, wheat, barley and milo. “Corn makes up the majority of our business at more than 50 percent of our volume; wheat and soybeans are about 25 percent and barley and milo are a very small percentage,” details Chad. 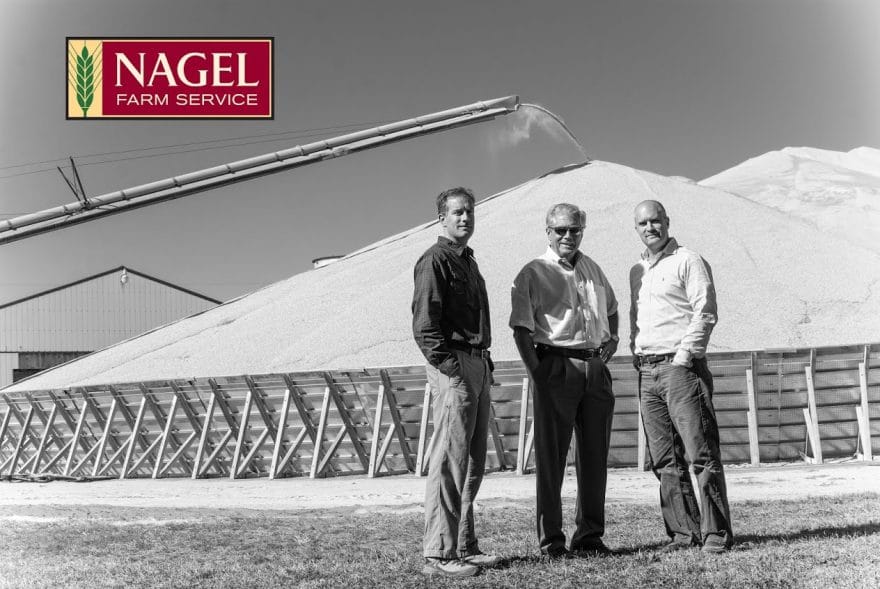 In terms of capacity and services, Chad says there’s always room to grow. “We’re in the process of adding additional grain bins and about 800,000 bushels to bring our total bushel figure closer to 7.3 million,” he notes.

“We’ve started offering other services,” says Chad. “Over the last five years we have built our Nagel Crop Insurance business, tying in the grain marketing and merchandizing and marrying the crop insurance process with risk management for the farmer and his marketing decisions; it’s a nice addition.”

“We’ve been very fortunate to have the support and expertise of ARMtech Insurance Services in helping build this part of our business,” adds Chad. “They are one of the top insurance firms approved by the government to offer crop insurance and have been instrumental in providing outstanding service to our clients.”

Nagel Farm Service has also recently started offering profitability consulting to the farm community. “This is a fee-based service, but it takes a really close look at profitability and a farmer’s hedging strategy; that ties into all decisions as far as inputs, crop insurance, forward contracting and more,” explains Chad. “Our goal is to pull it all under one roof and help give our farmers some direction, but it’s a process and we’re taking a slow approach to make sure farmers are ready for these services.” Overall, Chad says the time is right as producers look at a new approach to farm economics.

The importance of a core group

Expansion wouldn’t be possible without a core group of key personnel making Nagel Farm Service run day in and day out. The company now has around35 employees and Chad says it’s important to reinvest in people as Nagel Farm Service grows.

“At our annual company picnic we really tried to get the message across that we’re doing well in customer service and new growth opportunities, but moving forward, we want an equal emphasis on investing in our staff and ensuring we’re attracting the best and brightest,” he says. “We want everyone to have the same clear vision and mission.”

While Nagel Farm Service has its sights set on expansion, the company remains deeply rooted in small-town, family values and the integrity that comes with being one of the few independently-owned operations left in the business.