Family-owned and -operated Interstate Commodities Inc. (ICI) has been serving the feed industry since 1947. Victor Oberting Sr. established the business after a long tenure with the Seagram’s whiskey facility in Lawrenceburg, Indiana. Seeing an opportunity in the feed industry, he began purchasing distillery grains and selling to the feed industry in the eastern U.S.

Two generations later, Victor Sr.’s grandsons own the business. Greg Oberting, the company’s president and CEO, works alongside his brothers Gary Oberting and Victor Oberting III. Greg took over as president and CEO after his father’s retirement in 2005. With an education in economics and marketing, his skills were a perfect fit for the family business. He has leveraged his experience over the last decade to drive a significant expansion of ICI’s operations.

ICI is engaged in the origination, merchandising, logistics, and risk management of grain and feed ingredients for producers and consumers domestically and internationally. With its headquarters in Troy, New York, ICI conducts western operations from a location in Omaha, Nebraska. The business also has operations in 13 states and various railcar shops and storage facilities peppered throughout the country at 20 different sites. 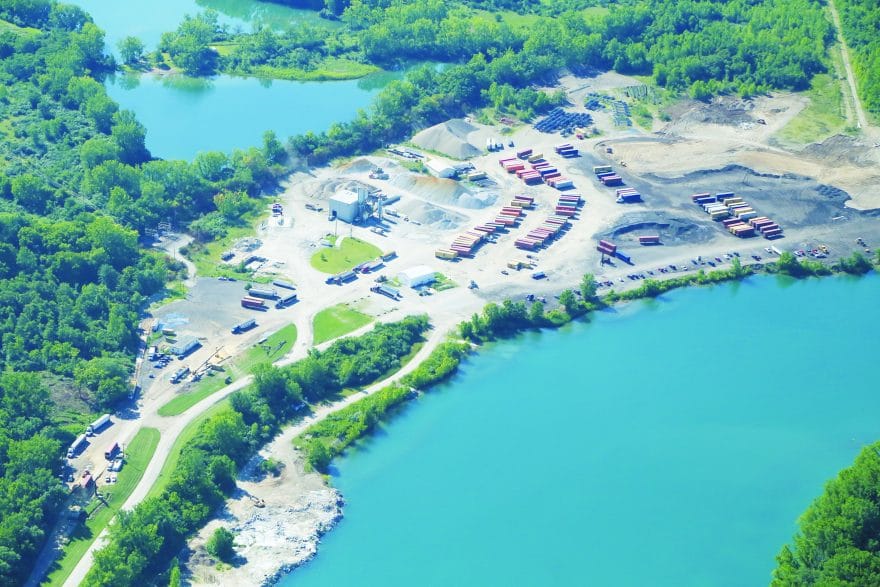 “In 2013, we began acquiring elevators strategically located in the upper Midwest and in Ohio,” says Greg. “Our flagship is our Lincoln facility and with a storage capacity of about 12 million bushels, it is the largest elevator in Nebraska. ICI has a total storage capacity of over 40 million bushels. We started investing in grain storage assets heavily and expanded our footprint dramatically. After about 5 years of the grain industry going through period of low stocks to use ratios the value of grain elevator assets dropped precipitously so we were able to make acquisitions at very favorable economics.”

Corn, soybeans and wheat are ICI’s primary commodities. “We also handle a wide variety of feed ingredients,” says Greg. “We trade soybean meal, distillery grains, canola meal, citrus pulp pellets and others – we deal in more than 30 different commodities. We began selling animal feed in 2014 and we operate two feed mills — an animal feed production facility in Valentine, Nebraska, and one in Colome, South Dakota. Between all operations, we have annual sales of $2 billion. ICI ships 350 million bushels of grain and 2 million tons of feed ingredients annually.”

Greg and his colleagues continue to grow and expand the business. The ICI team has brought about several new initiatives in recent years. “We started to export grain containers two years ago – it is growing rapidly,” he explains. “Right now we are ranked in the top five in the U.S. and by next year we should expand into being number one – we exported over 40,000 containers in 2015. We have seen a significant amount of growth in short time and exporting has been a major focus.”

“We are supplying a lot of the importing countries at a significantly greater capacity,” he continues. “We identified that there was too much margin in the industry, so we just completely vertically integrated it right to our clients in Asia. We now control the entire supply chain – sourcing, shipping, marketing, etc. It was a very easy for us to grow because our prices were much more competitive.”

On top of that, ICI has a highly customized base, offering more service-related expertise and attention. The company’s core markets are feed and food production and major suppliers are producers and cooperatives. ICI serves as a reliable partner for both sides, ensuring the marketing, sales and logistics for grains moving across the globe.

Greg has focused on expanding ICI through value-added service in agricultural commodity transportation and logistics. “Over the course of time we’ve grown the company, but we’ve experienced the most significant growth over the last decade,” he explains. “However, what’s always remained constant is our close, family ownership and value-added service. We’re always looking to add value to the supply chain with each customer, while most peers in the agriculture industry focus purely on price; we see that as our strategic advantage.”

The business structure is heavily logistics oriented and ICI’s leadership team strives to constantly add value. Over the last several years, this has meant gathering assets, acquiring businesses and facilities across the country. New acquisitions include grain storage, loading facilities and depots throughout the U.S.

“In the last year, we have been nominated to operate depots for Mediterranean Shipping Company (MSC) and CMA CGM,” says Greg. “This includes one large depot in Columbus, Ohio, which is a very nice complement to our business considering our vertical integration strategy. About a year ago, we invested in chassis – there was a shortage for chassis that we load and transport containers on so we started building our own. We had over 1,000 built that we now own and operate, as such controlling the front end of logistics of transporting containers in the U.S. MSC saw that we had these capabilities and offered us the opportunity to manage this depot in Columbus, which is the only one of its kind here in the U.S.”

The team has also become active in another aspect of the business. ICI started a program called Farmer First Sept. 1, 2015. “We provide risk management services for farmer-producers,” explains Greg. “We sign contracts with producers we already have relationships with and take on risk management for a certain percentage of production and manage crop hedging for them. This aspect of our operations is growing at rapid rate.”

“A lot of the major grain companies offer it and our producers have asked us to do for years,” he continues. “We didn’t have the infrastructure before, but we have grown in the last couple of years and we were able to accomplish the necessary structural foundation to be able to support those initiatives.”

RM Railcars, a subdivision of ICI, owns and leases approximately 8,000 railcars. It is a full-service railcar leasing company that has grown significantly in the last decade to become a prominent component of ICI’s operations.

“As far as our company goes, railcars have become the cornerstone of the whole business,” explains Greg. “It started as part of a strategic plan for vertical integration in our supply chain. Integrating railcars has made us more efficient in transportation and allowed us to be more cost effective and more of a value player. As we got into it, we became very good at it. Because the railcar market is dominated by bank entities, their focus is purely financial; when we entered it, we had highly a specialized focus allowing us to differentiate ourselves and add a tremendous amount of value for our customers.”

Beginning as an in-house logistics move, the railcar division grew rapidly. RM Railcars started as a lessee. As the company built out its assets and got control of more assets than needed internally, Greg and his team began to lease cars to other entities.

“We started with several hundred cars and now we own and operate more than 8,000” he adds. “As we started acquiring assets, we built five maintenance and repair facilities. We can do it all in-house in our facilities in Oklahoma, Illinois Michigan, Ohio and Nebraska.”

The railcars and grain assets significantly complement each other and offer ICI a great deal of control over logistics. Railroads can be unpredictable, with unprecedented weather or rail conditions that can set back transportation. “The supply of railcar assets can be unstable, which was the main premise of taking on this market — getting control our destiny,” explains Greg.

ICI employs more than 200 people and has doubled its staff in the last two years. Greg and his brothers have added multiple senior management positions including a manager of human resources and a vice president of operations to help oversee the growth of personnel and operations. Managing growth is vital to the continued viability of the business and the company is ensuring that its infrastructure supports this continued expansion.

“It’s been great – we have had hard periods of growth before, but we have great momentum now,” says Greg. “Our reputation is strong and being a third-generation, privately owned business pushing 70 years in age is very powerful. There is a formidable opportunity for us to be able to continue to push our growth forward, to leverage the strength of the foundation of the business we have.”

Interstate Commodities Inc. has been able to build a diversified and efficient company through organic growth without compromising its core values: customer service and strong logistics.