She’s the North Star at Vistar

What doesn’t beat you only makes you stronger. Sure, it’s a cliche but at least in Vistar’s case, Kelly Saad says it applies.

“We’re an even stronger organization now than we were before COVID-19,” she tells Blueprint in September. “We’ve learned a lot of lessons, including how to do more with less.”

As president of Vistar’s Northeast region, Saad says the wholesale distributor of food, beverages and other products listened to what its employees—“our associates”—desired during the pandemic and responded accordingly. Practices that began in 2020 and 2021 have become business as usual or, in Saad’s vernacular, “strategic pillars for continued growth.” 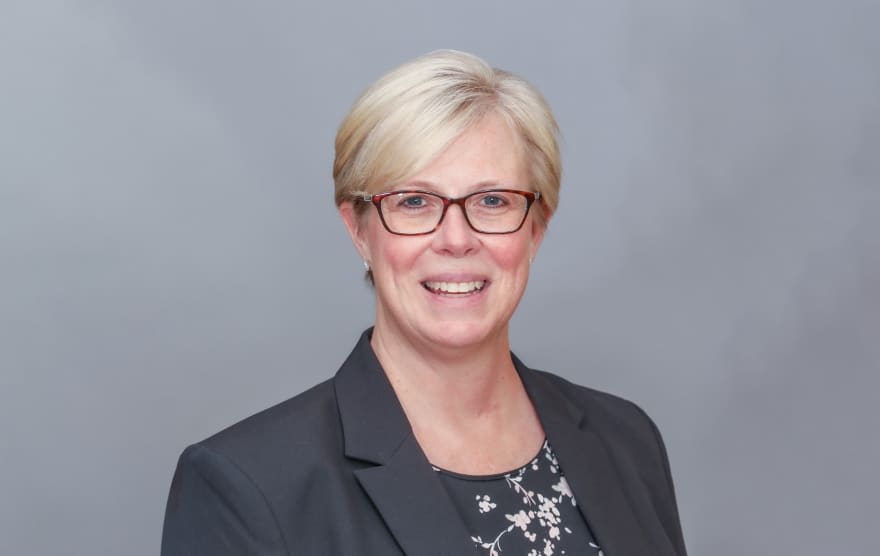 That includes three- and four-day work weeks with the option of part- or full-time hours. Benefits now kick in upon hiring and there are sign-on bonuses. Safety is still a common concern amid reports of a COVID variant, but Saad says Vistar has had its trucks and warehouses sanitized daily and ensures ample supplies of personal protective equipment for all who enter. Breakrooms now have coolers and freezers with free healthy snacks among the offerings. Test kits are in every Vistar facility and any associate sniffing or running a fever is sent home.

“It’s our number-one goal,” Saad tells Blueprint in September from her office in Swedesboro, New Jersey. “We see to it that our associates feel safe when they come to work.”

What works for all

Then there’s making them feel valued, which Vistar does through such means as training programs, tuition reimbursements and an initiative near and dear to Saad, the mentorship of women. Though women have long held prominent roles at Vistar, the company’s intent is to do more for gender equity by focusing on personal and professional growth.

Parent company PFG has launched the first of what it calls associate research groups—ARGs—this one focusing on women While much of the program is still being developed, Saad says it’ll include training in such areas as public speaking, leadership development and financial skills.

“My hope as we roll this out is not just to help women grow,” says Saad, an ARG member and chairwoman of the Member Development Committee. “It’s to help the company grow and one way to do that is by giving women an overview of what our company is about and the different positions for which they could be eligible.” 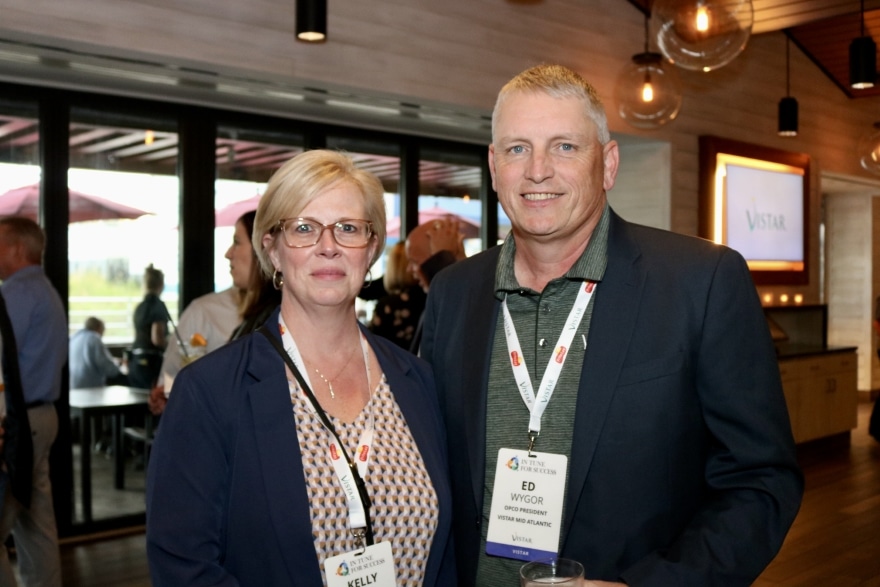 The company also plans ARGs for Hispanics, LGBTQ and other demographics. It’s another indication of Vistar’s commitment to employee growth, according to Saad. In a job seeker’s market, the company wants to be the employer of choice which, Saad says, better positions it to be the distributor of choice for what’s often an unconventional clientele.

That includes corporations outsourcing their coffee service to Vistar’s customers—to the delight of employees. Time was when an employer provided a huge vat of industrial-strength java with powdered creamer, but more enlightened bosses realize how quality beverages can have employee mortal percolating. Vistar’s premium brands including Green Mountain, Peet’s, Grindstone and Starbucks, a coffee break can be something to enjoy.

The same goes for fare served at theaters and sports arenas and stadiums. Vistar having a fleet of temperature-controlled trucks and warehouses certified for the highest food safety, the company provides quality snacks as well as paper and janitorial supplies to venues nationwide.

Hotels often depend on Vistar for everything from the snacks placed in rooms to what’s on the buffet table. Other clients include campus retailers, airport concessionary stands, independent convenience stores, amusement parks and correctional facilities.

What’s good for all

Vistar itself is one of three divisions of Performance Food Group Co., the others being Performance Foodservice and PFG Customized, and each catering to specialized clientele with likewise needs.

Saad says Vistar has expanded its business model through the “Good For You” program that customizes orders based on markets and demographics. Should the client be a school, for example, Vistar will collaborate with its leadership in determining what’s appropriate for the students. That’ll likely be nutritious fare for the cafeteria and no possible allergens. The school might also demand only non-genetically modified products and nothing heavy in salt and sugar.

“We keep inventories of all such products and continually add to it,” Saad says. “We stay ahead of expectations.” 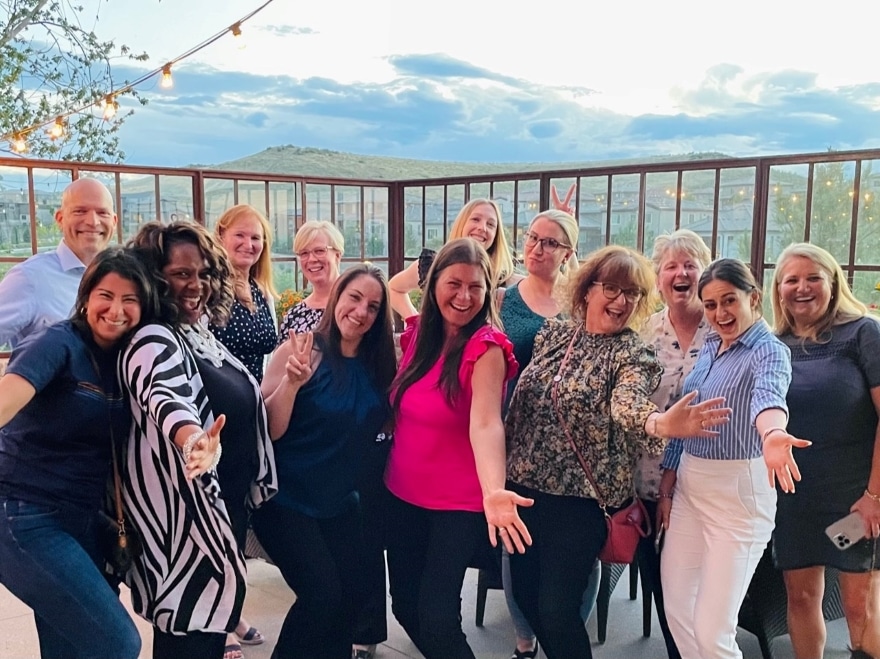 Through such diligence, Saad says Vistar has accumulated more than 10,000 stock keeping units—SKU—the scannable bar codes necessary to accurately track inventory. Vistar’s success depending on sound product management as well as capable associates, the northeast president says the company’s got all bases covered.

Her own base covers two New Jersey facilities and one each in Connecticut, Michigan and Ohio. During the pandemic, she says Vistar’s drivers sometimes climbed behind the wheels of supplier’s trucks just to keep products moving. The company having nurtured positive relationships with suppliers, it wasn’t often beset by shortages.

And Saad has been part of the team since joining Vistar as an administrative and accounting manager in September 2003. Since, she’s held every management position here except transportation manager. Pre-Vista, she had been an administrative accounting manager for 15 years at another food distributor, Perlman-Roque, an Indiana company bought by Keystone Foods in 2006.

“I like to plant myself into an operation and make the most of it,” Saad says about the only jobs she’s had since graduating Indiana University-Purdue University Indianapolis with a degree in business administration and management.

Saad began work at Perlman-Roque as a part-timer when still a high school student in Indiana. As she explains, the school had a progressive business curriculum and credited students for real-world training. At a young age she took a liking to the food-service industry and has stayed in it.

While Saad wasn’t actively looking to leave Perlman-Roque 19 years ago, she considered Vistar “the opportunity of a lifetime.” Moving east was made simpler by her husband, Stephen, and four children offering full support.

Those children all adults, they’ve blessed their parents with five grandchildren. The three generations remain close, enjoying camping trips and other activities. The elder Saads also share a passion for golf.

But while she’s nearing the age when others might desire more time on the links, Saad isn’t thinking about slowing down. There’s still much to do at Vistar, and that includes a commitment to further developing associates.

“We want to give everyone an opportunity to grow here and prepare them accordingly to become the leaders of the next generation of this company,” Saad says. 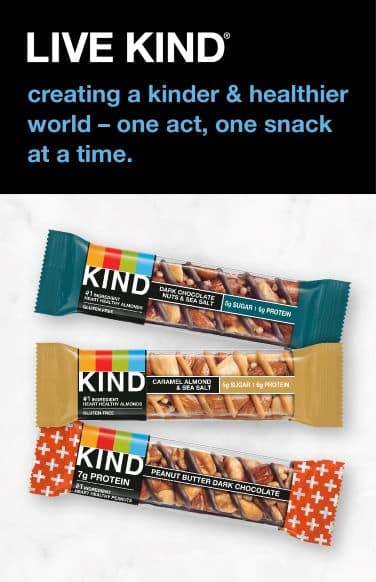 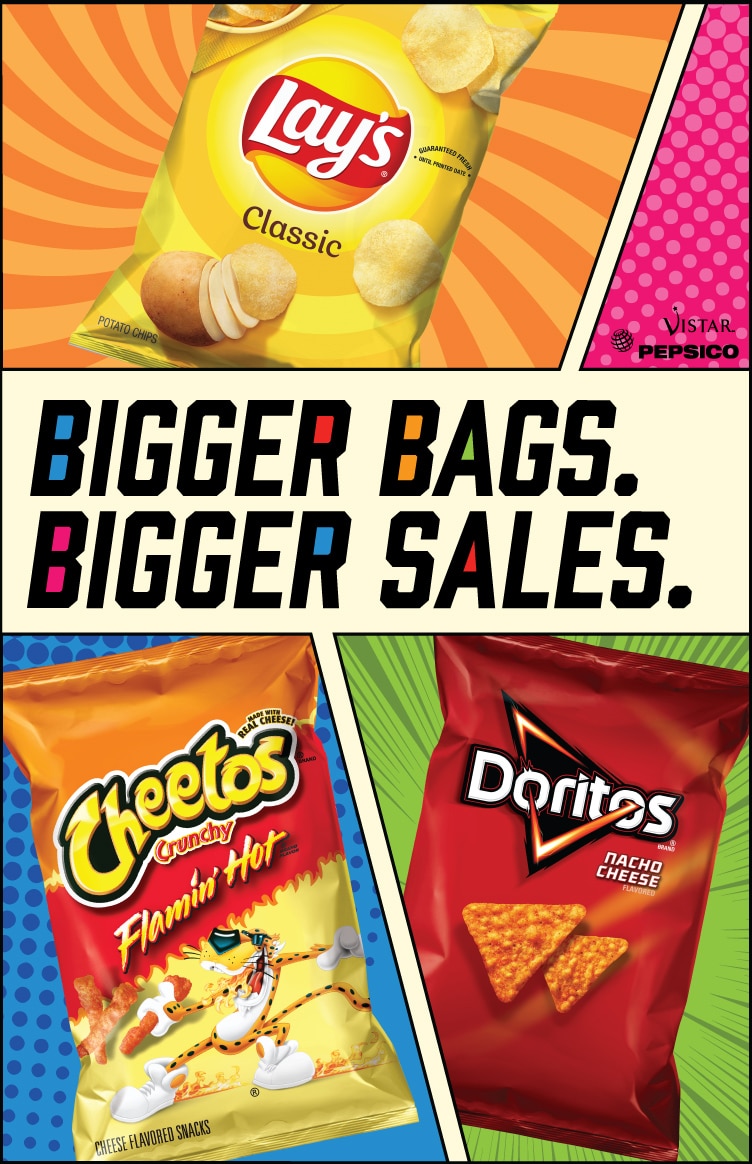 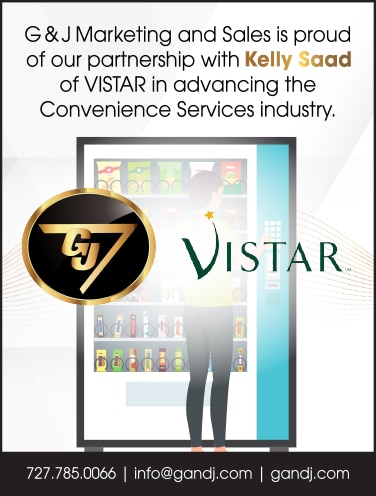 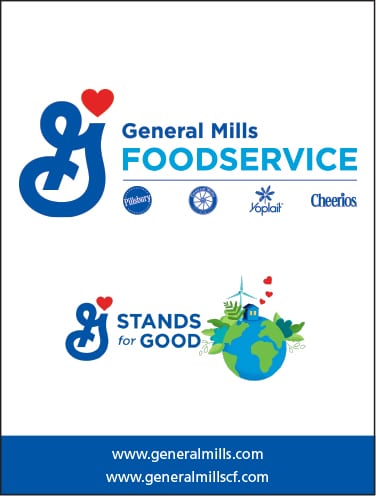