Giuseppe Loffredo and his family had only been in the U.S. for a year when he founded the Loffredo Fruit and Tobacco Co. in Des Moines, Iowa, in 1892.

He cultivated land to grow tomatoes and other vegetables he sold to hotels, restaurants and even U.S. Army soldiers stationed in the Midwest. It was a lean operation— the horses that plowed the land also pulled the delivery wagons.

But the business grew, and when Giuseppe Loffredo handed the reins to his son, Tony, in 1918, the company had 300 acres under cultivation and had moved to a larger warehouse. 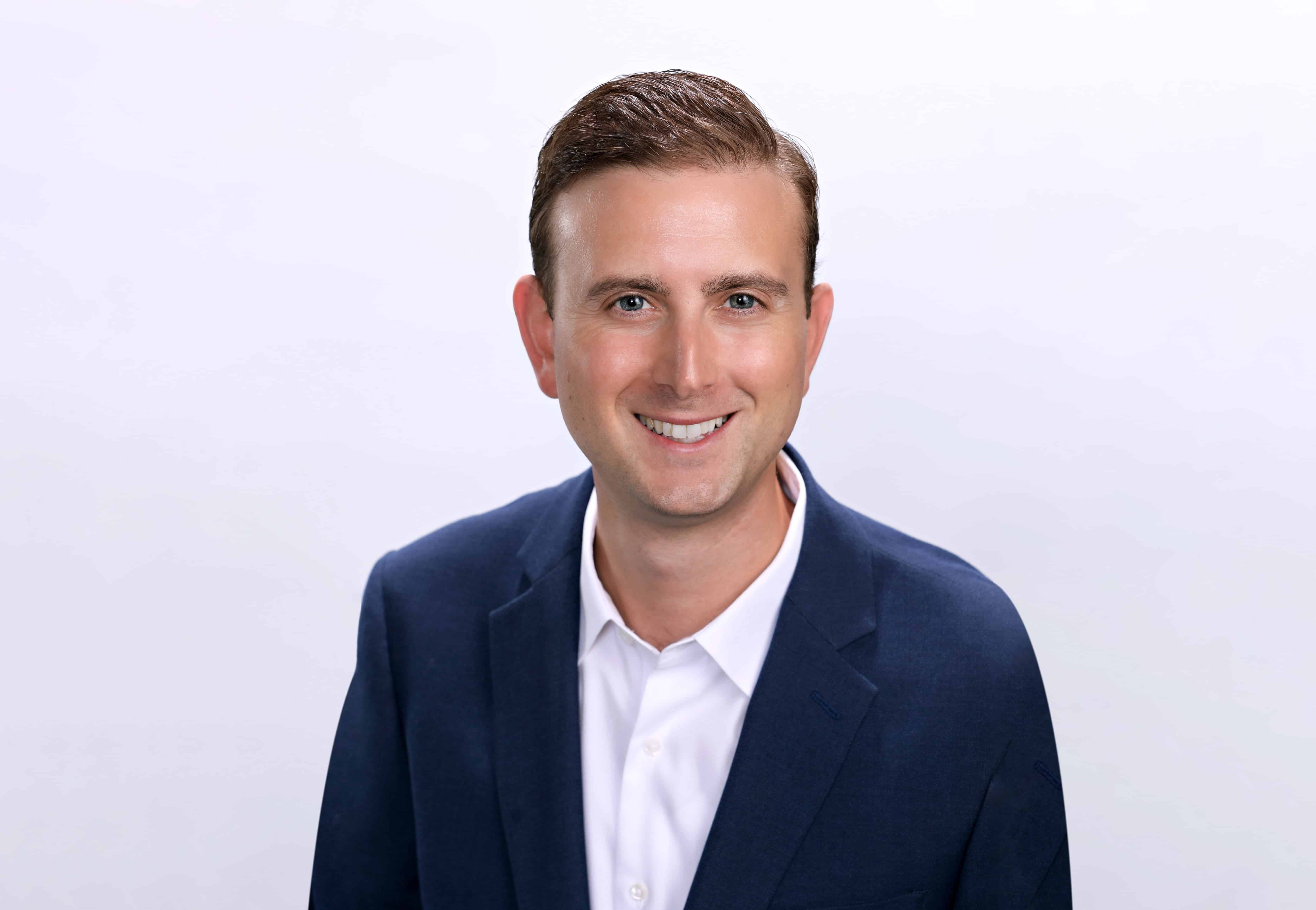 Tony Loffredo led the company until 1960, when his son, Gene L. Loffredo, took over. By then, Loffredo Fresh Foods had begun moving away from farming its food. By 1965, it was purchasing all of what it sold from commercial farmers. In 1970, the company opened its fresh produce cutting and processing operations.

The fourth generation of family leadership took over in 1980 and Brian Loffredo rejoined the company in August 2011 as a business analyst. He became president and CEO in January 2020, following in the footsteps of his father, Gene A. Loffredo.

“We’re 130 years and five generations old. We want processes like the big businesses, but with a family touch,” he says. “Our high level of service and quality are differentiators—if we win at those, we will succeed.”

Still headquartered in Des Moines, Loffredo Fresh Foods has warehouses in Kansas City and Madison, Wisconsin, as well as terminals in cities including Omaha and Davenport, Iowa. The company also expanded in the Minneapolis area in late 2020, Loffredo says.

Loffredo Fresh Foods is also a member of PRO*ACT, a national network of independent food distributors that provide fresh produce and specialty foods through 71 distribution centers. 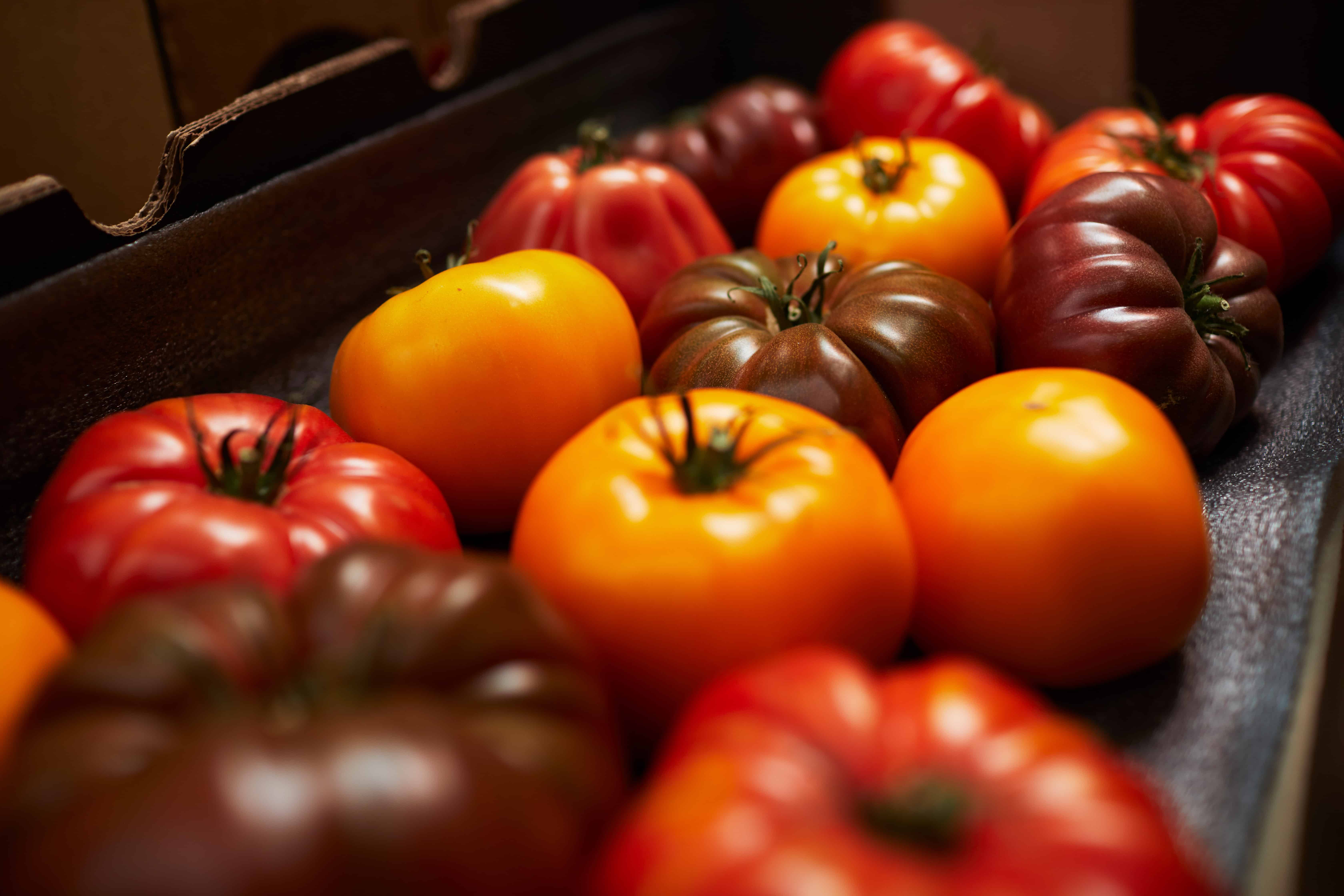 The company now packages fruits and vegetables at its fresh-cut operations in a 50,000-square-foot facility outside Des Moines. Its Hwy. 28 Farms brand offers items such as snack trays, fruit cups, and pico de gallo.

“Our retail customers said there’s need for ready-to-eat food,” Loffredo says. “We began to listen and to see what was going on in other regions.”

Expanding operations and offerings hasn’t come at the cost of employees, Loffredo says.

To keep the supply flowing, workers for the business can have long and difficult hours. Delivery drivers, for example, who make up 20 percent of the workforce, can have shifts that begin hours before sunrise or run overnight.

“We spend a lot of time making sure our supply chain is as efficient as possible,” Loffredo says. “It’s our job to show our value and why restaurants and retailers should give us their business.” 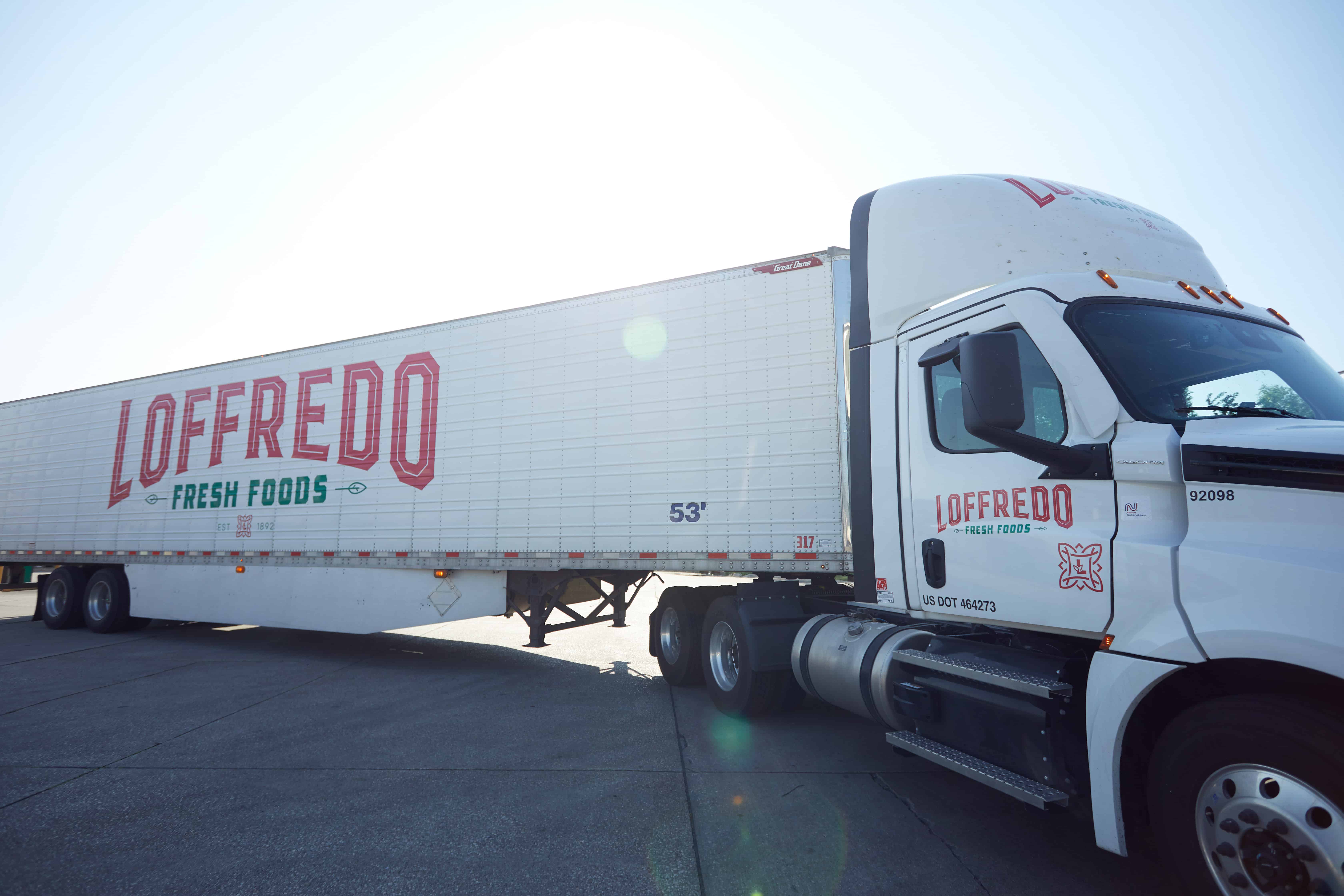 Also popular is an annual truck rodeo which involves written and driving skills tests. Drivers begin competing at branches with winners advancing to drive on a course outside headquarters. The winner gets prizes and a chance to compete at a national skills competition in Florida.

Loffredo says educational assistance isn’t limited to the fleet drivers, either. Employees are required to take courses annually on employee safety and food safety. If they like, they can take courses for personal and professional development.

Loffredo Fresh Foods also has its own employee garden near its facility in Norwalk, Iowa, so employees can grow their own food while learning about the produce the company works with. The company hosts an employee farmers market, too.

Brian Loffredo was part of the family business by the time he was in middle school, sweeping loading docks and stocking vending machines. He continued to work for the company during college, but says it was also important for him to have other jobs.

He earned a bachelor’s degree in business administration, finance and marketing from Marquette University in 2009 and served internships as a commercial lines underwriter for Nationwide Insurance and as a marketing and sales analyst for SC Johnson.

After graduating, Loffredo spent more than two years as a portfolio manager for TCF in the Milwaukee area. He rejoined Loffredo Fresh Foods in 2011 as a business analyst, became operations manager in May 2015 and chief financial officer in January 2018. 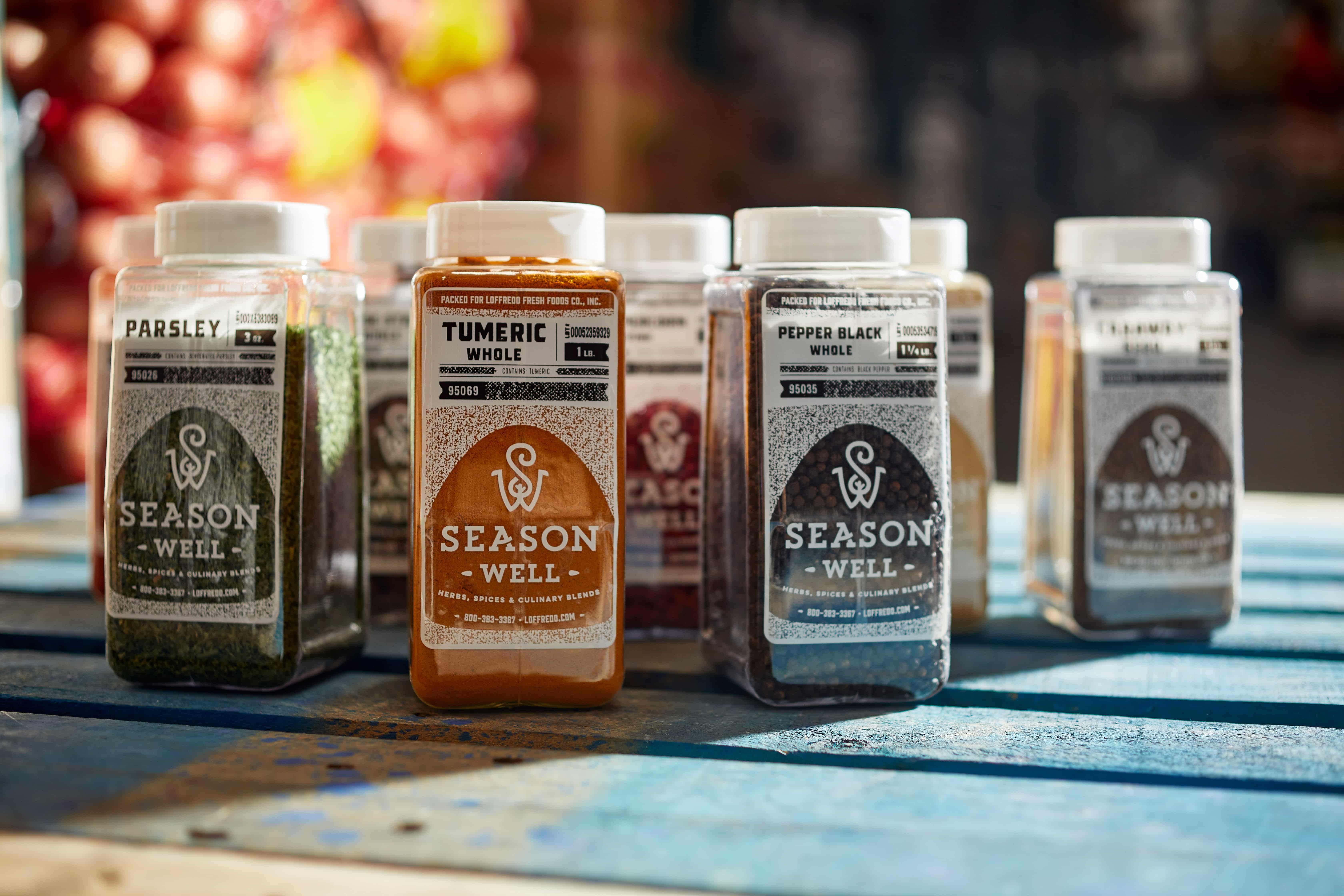 As Loffredo was rejoining the company in 2011, it was already moving to modernize for the sake of efficiency and improved sanitization. The warehousing was improved with more efficient order picking including better use of pallets for storage.

The sixth generation of Loffredos are still too young to even sweep loading docks as Brian Loffredo did in middle school, but when it’s time to pass on the torch, he says the family tradition won’t dim.

“What shines through is that we care about our people,” he says. “We encourage and support people to grow and develop here and give them a path to do so.” 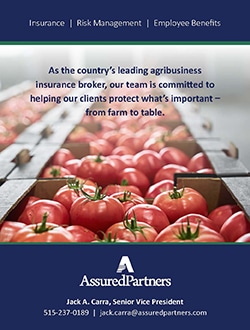 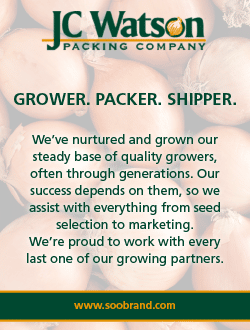 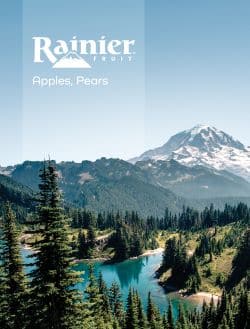 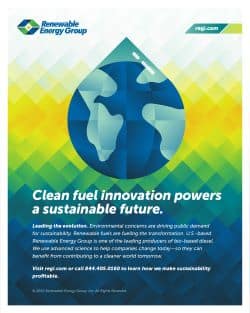