He’s No. 1 for sourcing restaurants 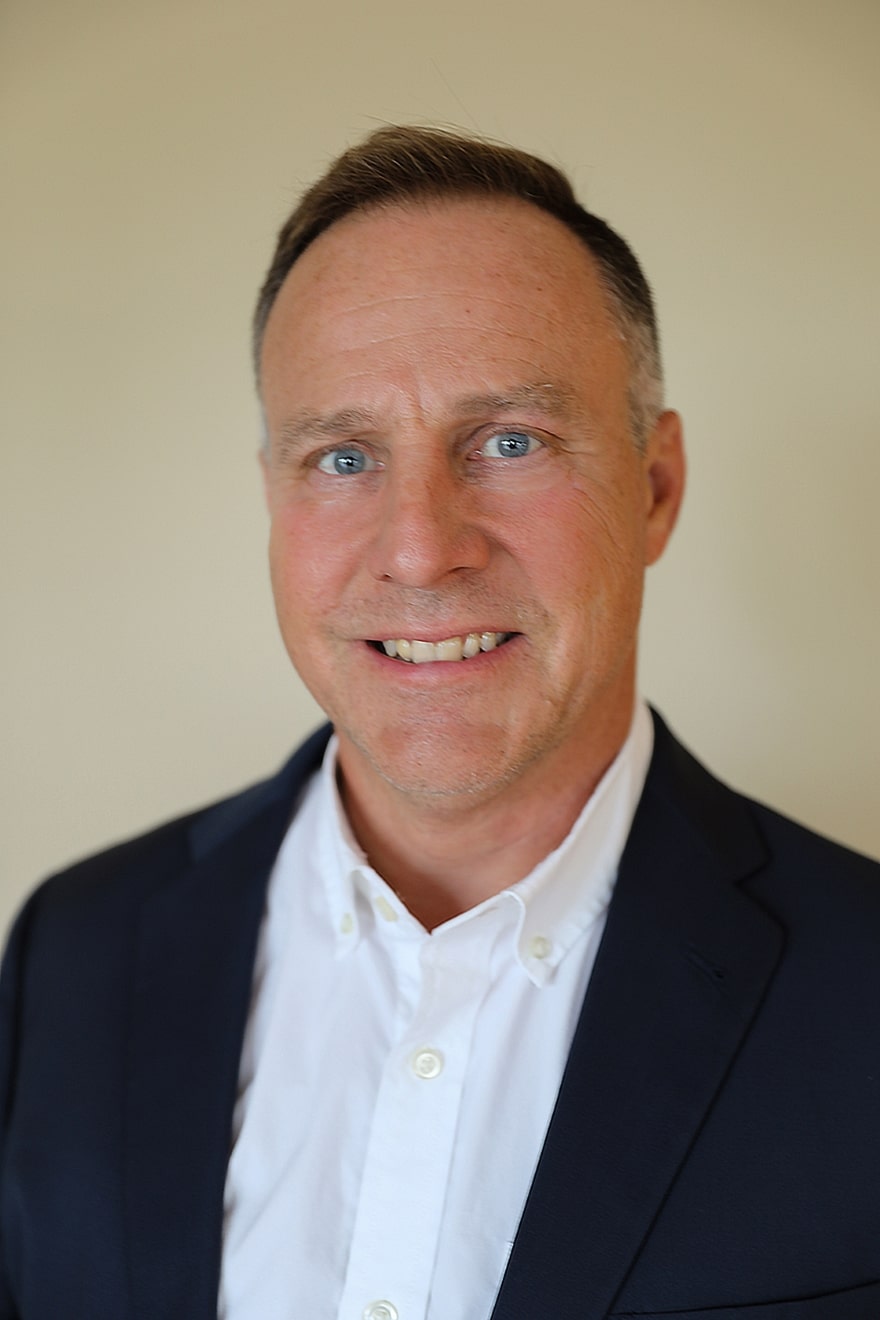 When a steakhouse needed a new oven but couldn’t afford it because business had slowed during the COVID-19 pandemic, CRS paid for it and provided a financing plan. Then, it installed and serviced the oven.

According to Derek Clark, the owner and vice president of CRS, or Clark Restaurant Service, this was just business as usual.

“Anybody can be competitive on price, but they can’t match us on service,” he tells Terra Firma from Owensboro, Kentucky, site of CRS headquarters and a 129,000-square-foot warehouse. “That’s where we’ve really excelled the past couple years.”

CRS supplies meat, fish, dry goods and other food, as well as equipment and services to independently owned restaurants, schools, nursing homes and hospitals. During the pandemic, it’s been providing hard-to-find items, promoting its customers on social media, advising on menu adjustments and sourcing carry-out containers. And, as with the steakhouse and other restaurants, it’s been working out leases and loans for infrastructural upgrades.

For schools that operated remotely in 2020 and 2021, CRS provided prepackaged food and cold cuts rather than the usual hot offerings. It kept nursing homes supplied with specialized products, as well. The nationwide shortage of toilet paper notwithstanding, CRS kept its customers stocked by buying from four long-time suppliers.

“While we’ve had a lot of customers on the ropes, only a few have had to close their doors,” says Clark, who co-owns the business with his brother, Alan.

Leading a company founded by his grandfather in 1948, the third-generation Clark has enhanced CRS’s role as a broadline food services provider—one whose clientele falls within a geographic rectangle from Indianapolis to Nashville and St. Louis to Louisville.

“The food service pie is so big in this territory that even a small slice means a lot of business,” Clark says. “We’ve slowly increased our market penetration within our existing geography and taken on a more important role with our customers.”

Beef brisket and pork being main ingredients in a region where barbecue is much enjoyed, CRS ensures efficient distribution through its membership in UniPro Foodservice Inc. Being part of the nation’s largest purchasing co-op gives CRS more bargaining power, Clark says. The co-op works with members in developing a procurement program, modern marketing campaign and personalized strategy with its sales staff. 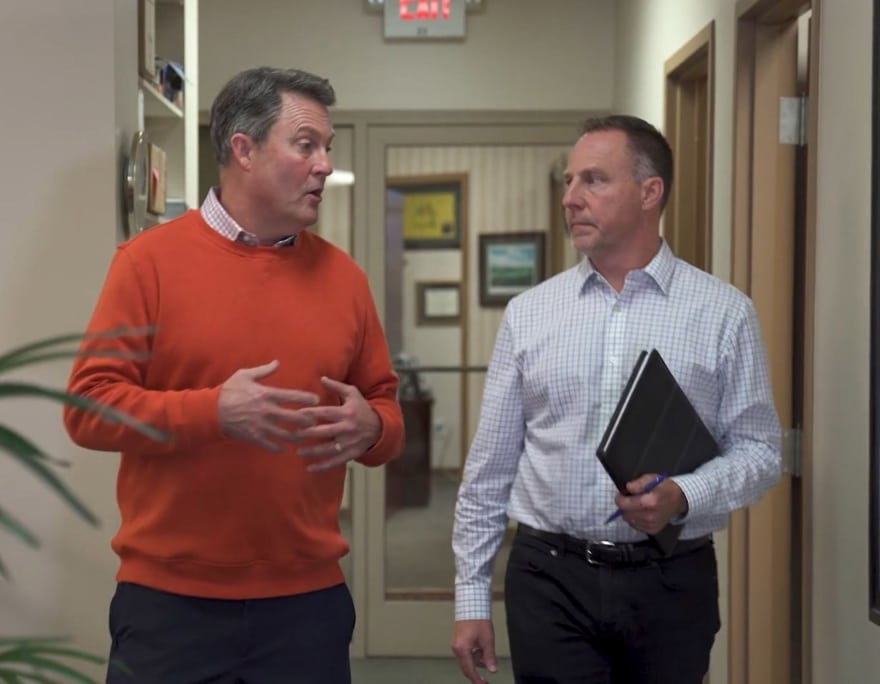 Derek Clark with his brother and co-owner, Alan Clark

Compared to beef and pork, chicken directly from processing plants has been in lesser supply of late (and subject to more dramatic price spikes), but Clark says his company has still sourced it. For fresh fruits and vegetables, CRS benefits from its affiliation with PRO*ACT, a California-based produce procurement organization with 71 distribution centers.

And with its own private label coffee program backed by a professional roaster, CRS is never at a loss when it comes to providing not just java but teas, soft drinks and cocktail mixers. As far as frozen foods, desserts and baked goods, and dairy products go, CRS has those bases covered, too.

When delivering wares and servicing equipment, Clark assures promptness through CRS’s fleet of 30 trucks. He says CRS has been successful in retaining drivers by offering competitive wages, top-notch employee care and technological initiatives that include automized collections.

“They might make 20 stops a day delivering special orders to each customer,” he says. “We want to make their jobs easier and safer.”

“We’ve had a lot of associates—that’s what we call our employees—retire with 30 or 40 years of service,” Clark says. “That says a lot about our culture from the front of the building to the back. Everyone works together as a team. It’s a tug-of-war but with everyone on the same side of the rope.”

He’s proud to be carrying on the tradition laid down by his grandfather who, nearly 75 years ago, founded CRS as a one-truck operation. Clark’s been part of the business almost as long as he can remember, originally assisting his dad at CRS’s satellite in Evansville, Indiana. 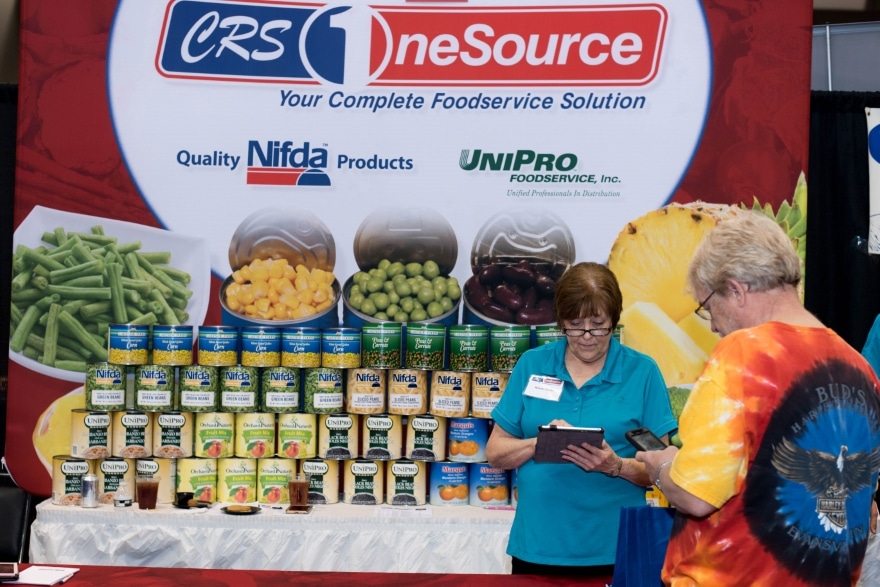 He learned the business from the ground up, working in the warehouse during summers. Upon graduating from Indiana State University, he worked full-time in CRS’s infotech department and then moved into purchasing. He says his 30-plus years with the company have flown by.

Home life is good too, with Clark keeping fit by running marathons. Empty-nesters, he and his wife enjoy traveling, particularly to Key Largo and other tropical destinations that offer scuba diving— “Not much of that in the Midwest,” he says.

But there’s so much about the heartland that Clark says is in his DNA. To him, family-owned restaurants make up the “heart and soul” of a community by sponsoring local sports teams and raising funds after natural disasters.

“We’re very much involved in their operations and want to see them succeed,” Clark says. “They need to know we’re here to supply their needs, whatever their needs may be.” 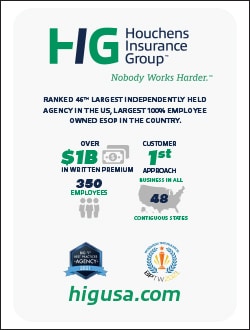