Clawing a path to crab sustainability

It sounds like one of those periodic get-togethers of NFL bosses. Each has a Type A personality and is committed to his team’s success but still must compromise for a greater cause, such as the league’s fiscal health.

For the 30 seafood companies that comprise the National Fisheries Institute’s Crab Council also are a competitive bunch. But crab sustainability to everyone’s interests, each has a role to play in the viability of a fragile and overstressed fishery.

Brice Phillips has chaired the entity since January 2019. As he told Terra Firma this past autumn, he learned diplomacy on the fly since the first time he assembled the council’s representatives at his family’s restaurant in Baltimore. Since then, four times a year, for two days at a time, he’s overseen sessions at other locations, and they’ve been both fun and productive. 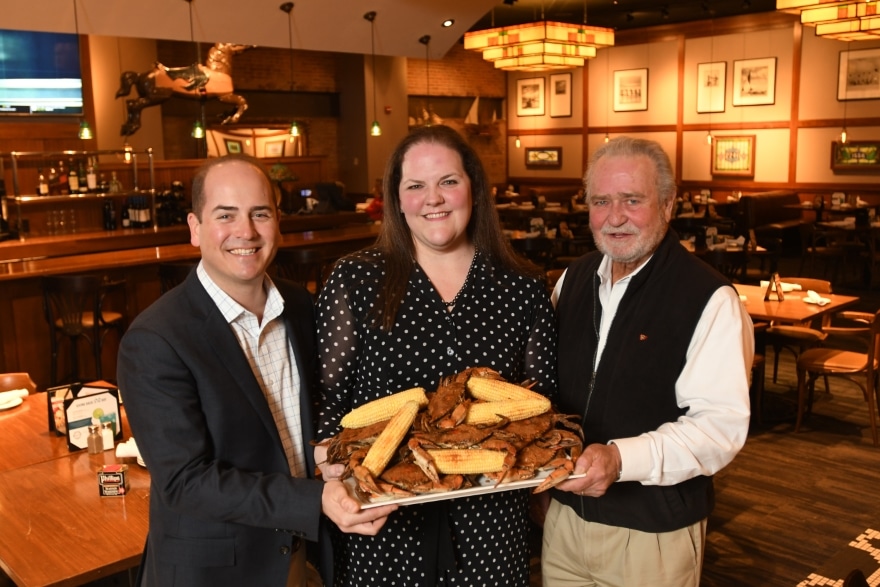 “We’ve got this group of the most fiercesome competitors who must look at each other as teammates instead of mortal enemies,” Phillips says with a good-natured laugh. “What do mortal enemies do? Like crabs, they cannibalize each other.”

With Phillips beckoning them to put their competitive juices on ice, they’ve agreed to some sustainability initiatives, including a pilot project in which juvenile crabs are reared in a land-based hatchery, then released in the ocean with their success rate measured. The boats that contract with these companies can’t trawl with seabed sleds and their nets must allow juvenile crabs to escape. Egg-bearing females likewise get clemency from the steamer.

Phillips worked with its competitors to get these three stipulations written as Ministerial Decrees to allow for enforcement.

“We can’t be about catching the last crab in the sea,” he says.

As a vice president at Phillips Foods, his family’s century-old company headquartered in Baltimore, Maryland, he certainly has a stake in sustainability. Few family-owned food companies of any sort last a century, but this one has persevered and expanded since 1914 with the 47-year-old Phillips representing fourth-generation ownership and hoping for at least a fifth.

It’s a much different operation than what Phillips’ great-grandfathers established on the shores of Chesapeake Bay in 1914. According to family folklore, one trapped crabs, fish and oysters, and the other bought the catches—the former saying the latter didn’t pay enough while the latter saying the former charged too much. 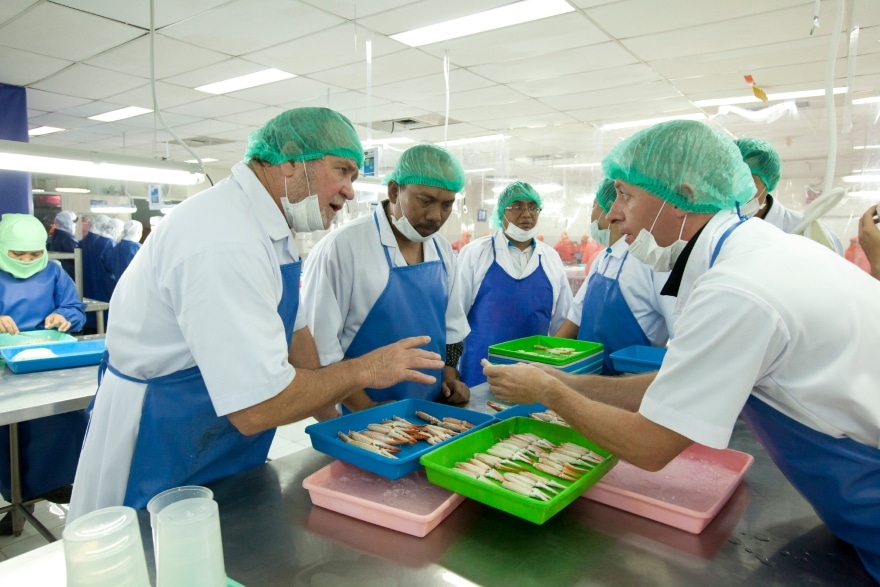 Somehow, they sustained the arrangement and, in the process, spawned what’s become Phillips Seafood. Nowadays that includes an array of grocery items, online-order business, the signature restaurant and seasonal crab deck on Baltimore’s Inner Harbor, and locations at the Baltimore, Atlanta, Charlotte and Harrisburg airports as well as at Foxwoods Resort Casino in Connecticut and Seneca Buffalo Creek Casino in upstate New York.

Phillips credits his father Steve—“the ballsiest entrepreneur I’ve ever known”—as the catalyst behind this growth. It was Steve, the younger Phillips says, who upon reading a newspaper story about the Asian and Philippines shrimping industry in the 1980s, learned that crabs were common and considered worthless bycatch.

So, he flew to a remote island in the Philippines and assembled 100 crab traps out of chicken wire. The then hired a fisherman to tend to them and contracted with a shrimp processor to pack the meat. Steve Phillips later bought land and assembled his own factory to ensure cleanliness and efficiency. That gave rise to the Phillips Seafood line, which is mostly processed portunus pelagicus—Asia’s blue swimming crab—while mid-Atlantic or Gulf Coast crab is served at the restaurants.

Steve Phillips wasn’t just about business, the son says. He worked with Operation Smile to treat children afflicted with cleft palate abnormalities. Advanced age notwithstanding, the patriarch retains an active role as company CEO and runs six factories in Indonesia, India and Vietnam.

Sustainability can be a hard sell in those countries, but the Phillips clan tries to show it’s in everyone’s interest to be good stewards of the sea. Each year they invest in Indonesian conservation measures, $254,000 in 2021. Whereas the growth rate of crabs in these waters has been around 18 percent annually, they’re hoping to increase it to 30 percent through nets that free juveniles. 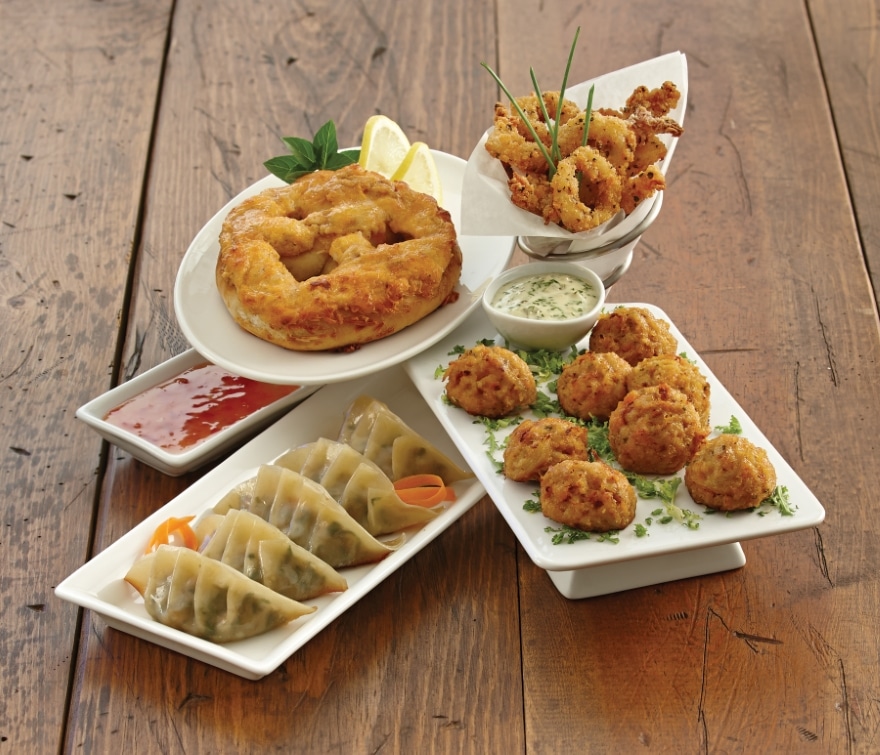 So, Steve Phillips has set a high bar with son Brice on board to carry it forth. His is a general title, VP of business development and sustainability, which allows him to immerse in any part of the business.

It’s the only business he’s ever known, Phillips doing odd jobs in the original restaurant since the age of 10. His Lehigh University diploma in 1997 positioned him to work his way to vice president after acquitting himself in sales positions.

The past couple years have been a challenge, he says, but the executive team not wanting to distress its partnering fishermen, they kept each of the six Asian processing plants open during COVID-19. A factory in Fishing Creek, Maryland, was temporarily closed due to the company not being awarded H2B visas.

“A benefit we have is our company-owned factory footprint,” he says. “During COVID, we were able to stay open while other foreign-owned factories shut down, leaving many of my competitors without a reliable source of product.” 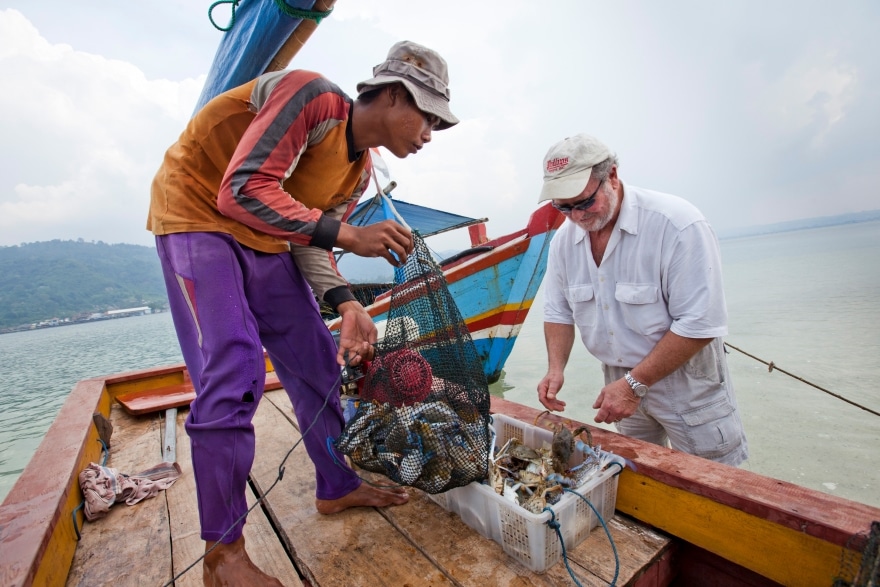 There were still issues to settle. His logistics team had to scramble to sell containers that arrived from overseas. Phillips wants to see first-hand the Asian and Indonesian operations but hasn’t been able to visit those places since 2019. And much as he’s obsessed with sustainability, it’s not all assured by responsible fishing. Chesapeake Bay, for example, will never be what it was before industrial pollution and agricultural runoff polluted its once pristine waters.

But, as Phillips reminds, previous generations of company ownership had their own issues to overcome. Throughout much of Phillips Seafood history there’s been a popular saying, bumper sticker and T-shirt stencil that says it all: Maryland is for Crabs.

“That too is something we’re sustaining,” he says. 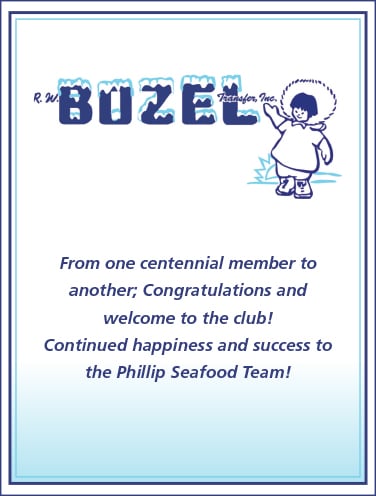 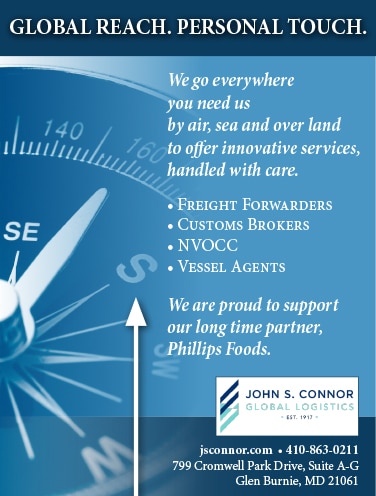