The MVP on Calgary’s cuisine team

While Brian Armstrong acknowledges he’s no athlete, he can empathize with one of the most hardnosed among them.

That man: Darryl Sutter, the coach of the National Hockey League team that falls under the ownership of the Calgary Sports and Entertainment Corp., which employs Armstrong as executive chef.

Both spend much of their working lives at the Scotiabank Saddledome in downtown Calgary. Armstrong is entrusted with feeding the Calgary Flames as well as fans, visiting teams, rock and country bands and whatever other entities use the 19,000-plus seat arena. So, he may solicit Sutter’s dining choices through email or when crossing paths in the corridors. 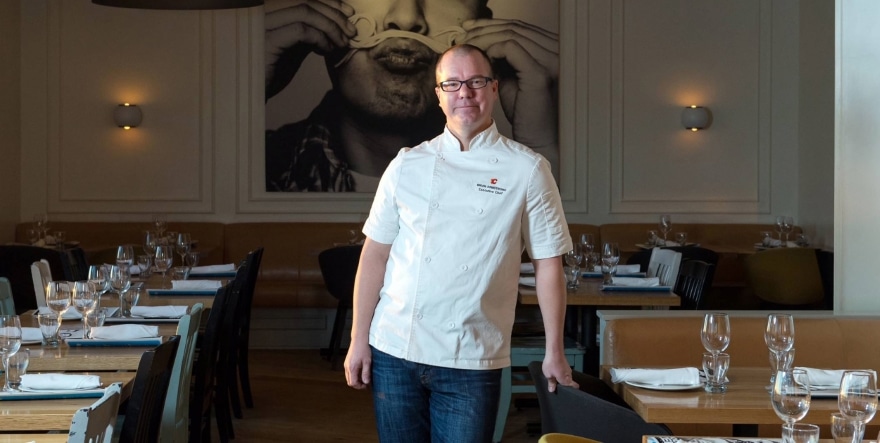 “He’s a man of few words,” Armstrong says of Sutter. “He looks at hockey the same way I look at food. We’re each 100-percent focused on our own pieces of the puzzle.”

As the season progresses, that would seem to bode well. The Flames are again contending for a postseason berth after not qualifying in 2021 and Scotiabank Saddledome’s cuisine is lauded as among the league’s best.

A correlation? Could be. It wasn’t long ago when hockey players subsided on less healthy fare than what Armstrong has been dishing out since joining CSEC in late 2017 after nearly two decades of satisfying hard-to-please palates at prestigious restaurants and hotels in Canada and the United States. This role just might be his most challenging, Armstrong called upon to combine nutrition with taste, a combination that he insists needn’t be mutually exclusive.

His game face on

Much of Alberta is cattle country, with Sutter and his five hockey-playing freres—and yet another in a different occupation—having been raised on a ranch a few hundred kilometers north of Calgary. Thus, beef is often on the CSEC menu, only with Armstrong ensuring it’s not basting in excess fat and butter. Lamb shanks, pork, short ribs, chicken and seafood also prepared, so there’s no “menu fatigue.”

Game-day protocol has Armstrong ensuring the Flames are fed breakfast, mid-day snack and late dinner, with that latter meal offered individually packaged to the visiting team that’s usually in a rush for its next destination. No matter how acrimonious the game might have been, Armstrong wants no literally bitter aftertaste in the mouths of opposing players and coaches.

“Our goal is if we’re mentioned on an NHL call, we hear how great our food was,” he tells Terra Firma in December. “We hear other general managers commenting on how well we treat them, and we expect to be treated the same.” 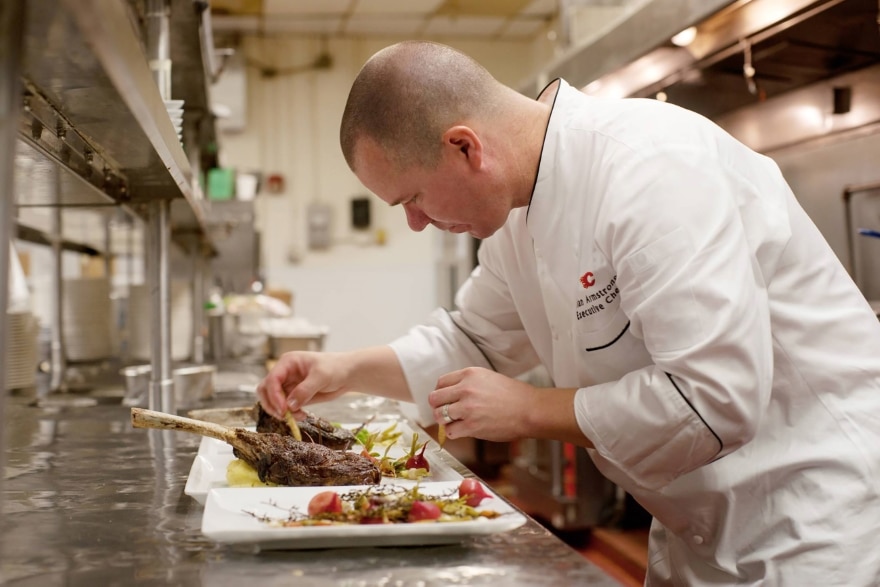 But food service can vary among the other 31 NHL locales, Armstrong explaining that CSEC is a rarity in the sports world, one that doesn’t outsource its kitchen. Be it popcorn and hot dogs to the average fan, lobster tails and prime rib to high enders in the luxury boxes, or sustenance for the players, the buck stops with Armstrong. During the pandemic-abbreviated 2020-21 season, Armstrong made the best of the situation by testing new selections and making instructional cooking videos with what he regards as an all-star culinary management team.

He’s hoping for even more control of the process should a new arena be built. As of early this year the team and city were at an impasse over some shared costs, though hope remains for compromise. Armstrong sure hopes so, as the proposed arena would have its own butcher and pastry shops and outward facing restaurants that he has personally put to blueprint. He also talks excitedly about pursuing more partnerships with Western Canadian farmers and expanding his in-house culinary training program.

“If someone from the Calgary Flames applies to a hotel or restaurant, that place will know they’re getting somebody with a fantastic skillset,” Armstrong says. “There are few opportunities in Calgary or anywhere else for a culinarian to get so much experience under one roof. We’ll have it here.”

As to how Armstrong honed his skills, it was under many roofs before he earned the designation of certified chef de cuisine, Canada’s highest credential for a cook. An Air Force brat, he was raised on both sides of the Canadian-U.S. border and for whatever reasons drawn to the hospitality business. 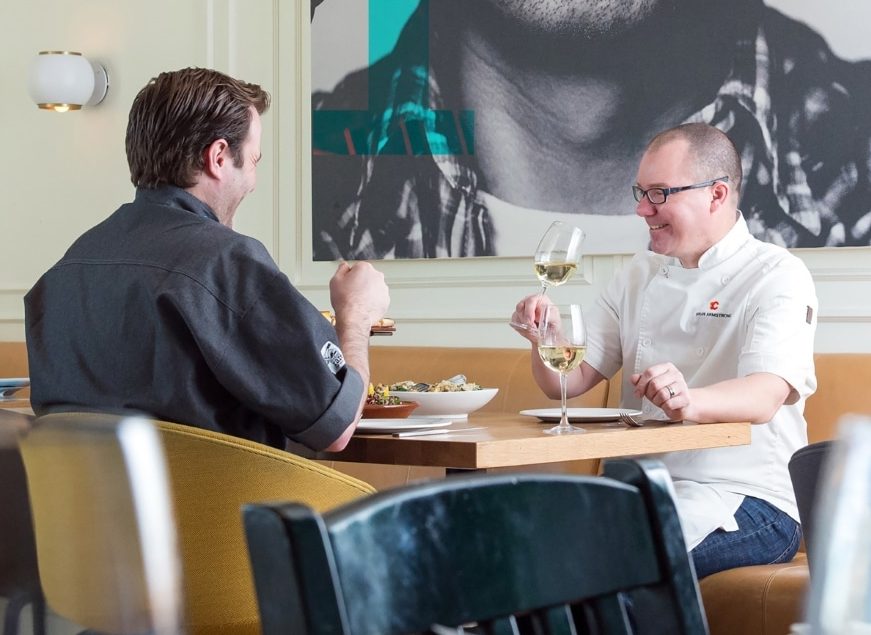 He apprenticed in culinary arts and chef training at Toronto’s George Brown College. During the late 1990s, he commenced with a series of sous chef positions—that’s second in command from the executive chef—at hotels in Ontario and Alberta, eventually ascending to executive sous chef amidst the Rocky Mountain splendor at The Fairmont Chateau Lake Louise.

He took his skills south, overseeing kitchens at hotels in Scottsdale, Arizona, and Dallas, before returning to Calgary and becoming senior director of culinary at Concorde Entertainment Group for 18 months in 2016 and 2017. That company serving nearly 20 local establishments, Armstrong further learned how to satisfy a multitude of tastes, Concorde’s hospitality offerings running the gamut from burgers to gourmet dinners.

Which is what CSEC also is about, only on a much bigger scale. While the Flames are the crown jewel, CSEC’s holdings include three other teams. The Calgary Hitmen, a major junior team for prospective NHL’ers, also play at Scotiabank Saddledome, as do the Calgary Roughnecks of the National Lacrosse League. CSEC also owns the Calgary Stampeders, a Canadian Football League team that plays at 30,000-seat McMahon Stadium.

While professional games dominate the arena’s calendar much of the year, there are rock concerts and other events, also. Add up the athletes and performers with thousands of people passing through the turnstiles on any given night, and that’ll be a lot of hungry mouths. 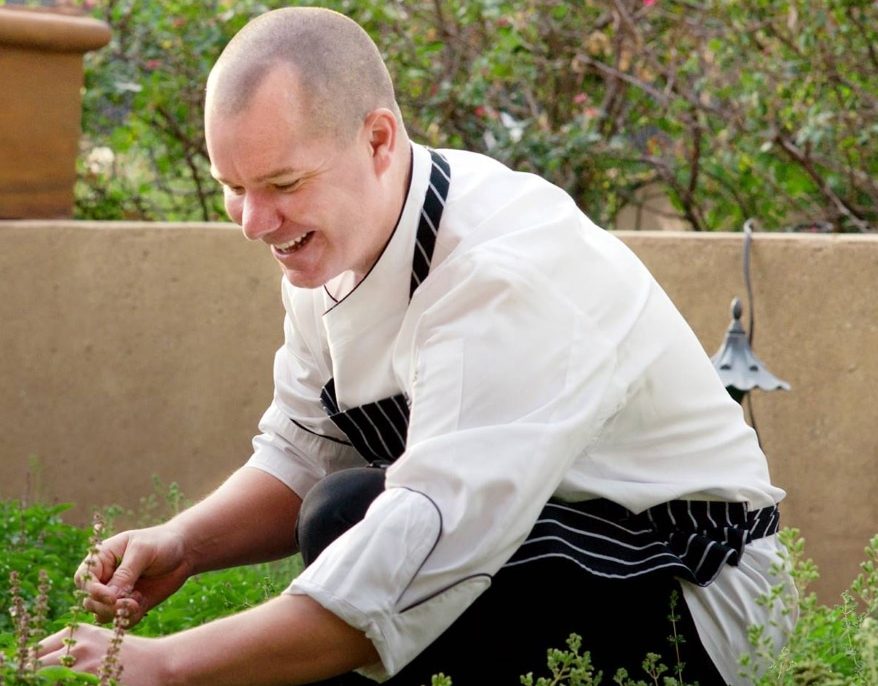 A “foot-on-the-gas” man who rides a motorcycle and practices karate, Armstrong relishes his link in the chain. So focused is he in food services that Armstrong might not know whether the Flames prevailed until listening to the radio on his way home. Or maybe the cheers or groans from 19,000 fans in the so-called “C of Red” will make him aware.

“Regardless of what happens on the ice, if people leave here thinking their meal was good, I will have succeeded,” says the married father of two children. “I want everyone to say, ‘the best part of Calgary was the food.’ That’s my goal.” 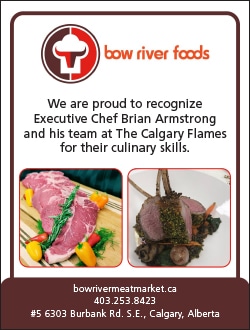 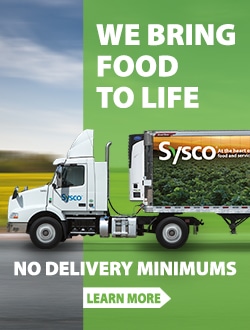