It’s that whiff of vanilla, that cherry tartness, or the pucker of lemon you remember from candy as a kid. Or it’s that taste of peanut butter you enjoy in your cocktail-hour whiskey.

“We make memories through flavors,” says Al Murphy. “Our flavors are part of everyday life experience—think back to childhood and those impressions.” 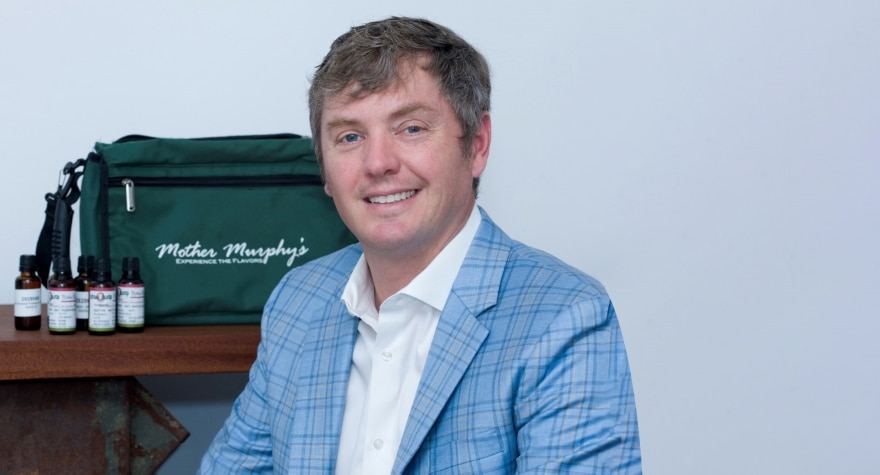 As co-president of Mother Murphy’s Flavors, Murphy is guiding the 75-year-old company as it finds new uses for its more than 50,000 flavors. Think: fruit and spice flavors for whiskey, vodka, gin, rum and tequila. In addition to supplying the flavors, Mother Murphy’s, now in its third generation of family leadership, helps entrepreneurs create new brands, he adds.

“We’re a midsized flavor company,” he says. “We can pivot in the market based on the changing landscape in the food and beverage industry.”

What’s now Mother Murphy’s was founded in Greensboro, North Carolina, in 1946 by Kermit L. Murphy Sr. and Dr. Richard Stelling to sell flavorings to local bakeries. A year later, Stelling returned to his medical practice as Murphy and 14 investors expanded the company, naming it Southern Laboratories.

Southern Laboratories added a chemist to build its flavor library and began selling flavors to the military for beverage bases. Some lean years led Murphy to buy out the investors while his brother (and Al’s grandfather), Pete Murphy, joined the company. In the mid-1950s, the company began making its vanilla flavoring and changed its name to Mother Murphy’s Laboratories. 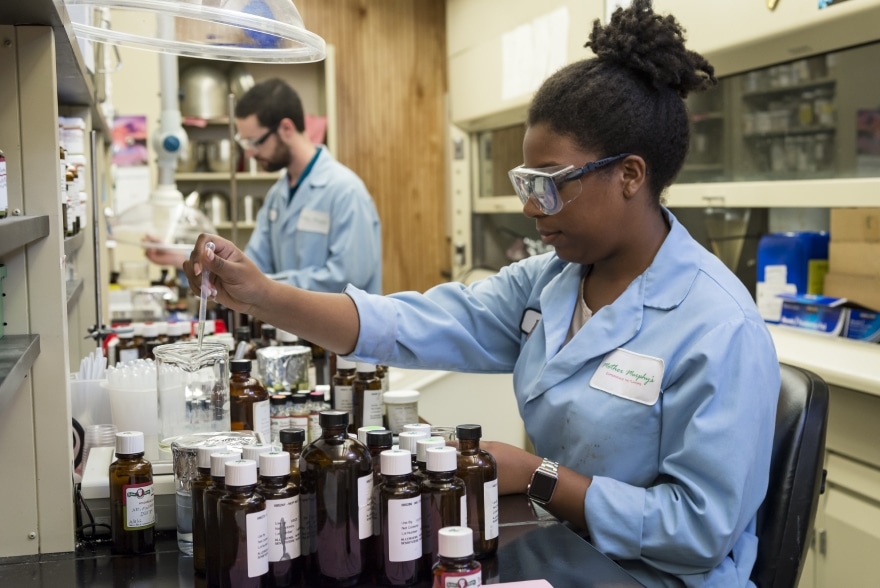 The company moved to its current headquarters and main production facility in Greensboro in 1965, making flavorings for dairy, food and beverage products.

In 1994, Mother Murphy’s opened a commercial baking test facility in Dallas. In 2011, it opened a 93,000-square-foot distribution facility about a mile away from its Greensboro headquarters. It added a second spray drying facility in 2020. Spray dried flavorings are used in products such as bakeries, cereal, beverage drink mixes, nutraceuticals and snacks.

“We manufacture flavors for a lot of different industries,” Murphy says. “Many flavors might start being utilized within one industry only to be transferred into another as a new trend.”

Currently, Mother Murphy’s is certifying more of its flavors as organic through the nonprofit Oregon Tilth. Certification requires documenting the raw materials used in flavorings, including non-flavored ingredients and organic alcohol used as solvents.

Murphy credits Jessica Edwards, the ingredient and organic coordinator for gathering the materials for organic certification—so far about 400 flavors are certified. The company can provide those certifications to its customers to substantiate their product labelling, he adds.

Growth in the spirits industry has led to a growing flavor segment for Mother Murphy’s, too. Craft whiskeys are the largest segment of the U.S. market, according to thedrinksbusiness.com, but gin is not far behind. In 2020, the volume sold increased by 8 percent—an increase meaning craft spirits are now 5 percent of the total U.S. sprits market. 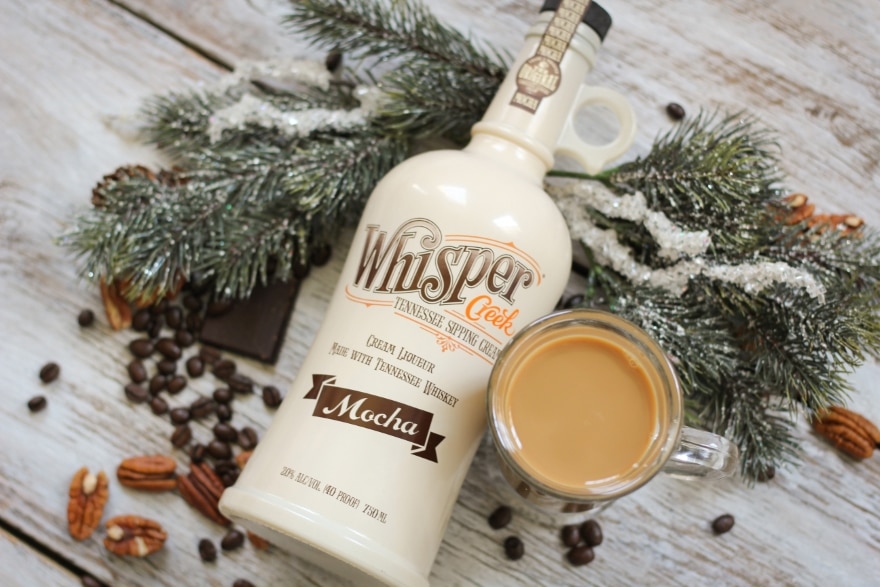 The company supplies the flavors, and it’s also helping its alcohol customers surmount the regulatory requirements of introducing new products and flavors by expanding it its database of flavor ingredient data sheets, or FIDS.

FIDS are required for flavors when distillers submit new formulas to the Alcohol and Tobacco Tax and Trade Bureau. Mother Murphy’s now has about 2,000 FIDs in its library customers can use for their TTB submissions. Those are also available to brewers making “ready-to-drink” beverages that aren’t spirit-based, such as flavored seltzers.

“In general, the beverage industry is where we’re growing and we’ll continue to invest money time and resources there,” Murphy says.

Al Murphy grew up working jobs outside his family’s business. He studied Spanish, management, and accounting and played basketball at Emory & Henry College. After earning his bachelor’s degrees in 1999, he worked for Berry Home Center, Young Life and at Crown Financial. He also began studying for his master’s degree from Gordon Conwell Theological Seminary and earned it in 2006.

In 2002, Murphy returned to Mother Murphy’s, joining its sales staff after his cousin, Bruce Murphy, said the company needed more family members. To learn the business, he worked at customers’ facilities such as a bakery in Texas, a beverage bottling plant in Georgia, an ice cream plant in North Carolina and a nutritional company in Chicago. 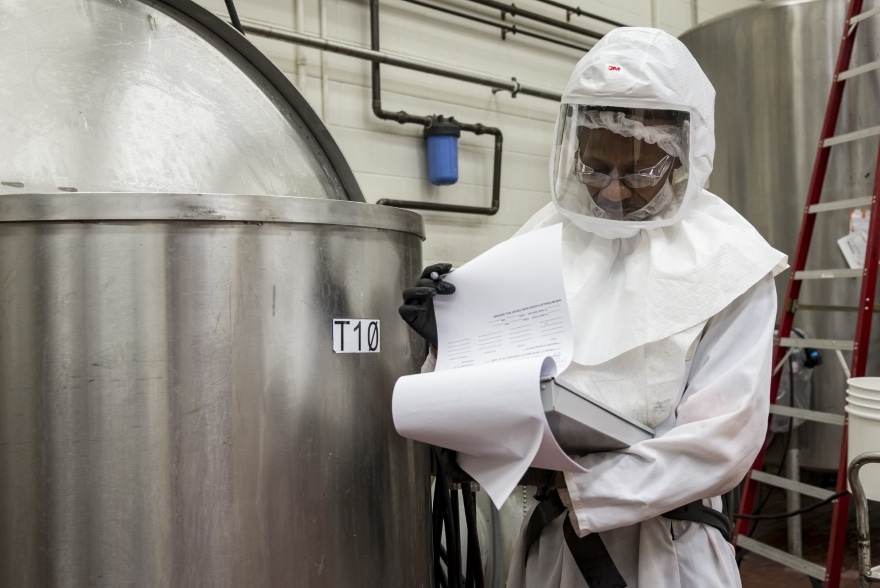 “Anybody could tell you where the company should go, but it goes where the sales force takes it,” Murphy says.

He became Mother Murphy’s vice president in 2017 and co-president with his cousin, Morgan Murphy, in 2020. Murphy’s still in charge of sales for Florida, Georgia, Arkansas, Tennessee, Missouri and Indiana and prefers being “belly-to-belly” on sales calls.

“People ask me what my favorite flavor is at Mother Murphy’s,” he says.  “I tell them ‘the one we just sold.’ Our flavors, customer service, people, and our expertise in the business sell themselves.” 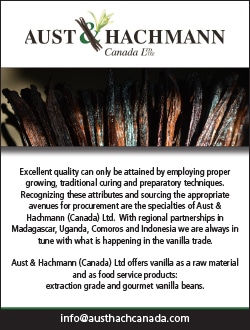