Not everyone dreams of taking over their family business. Joan Daleo, however, is thrilled to be at the helm of the company her parents started in 1973. Since becoming president of Ole Tyme Produce in 2001, she’s grown it into the largest woman-owned, fresh food distributor in Missouri.

The St. Charles-based company distributes locally grown fruits and vegetables, dairy, meat, seafood, herbs and grocery items, such as condiments, oils and vinegars, spices and more. It brings them to restaurants, hospitals, schools, hotels and other entertainment and hospitality venues. 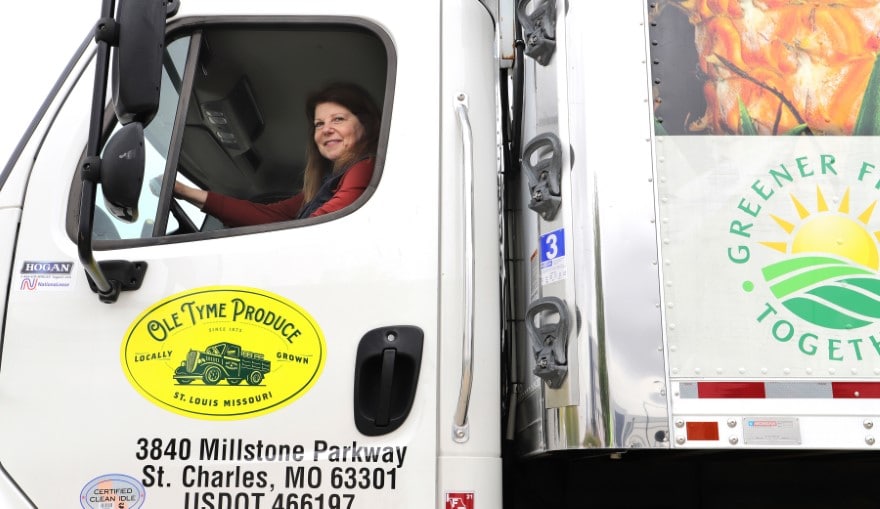 While the company has grown 10 times larger under Daleo’s leadership with new products, partnerships and a larger facility, she hasn’t forgotten its humble roots. Before her parents, Joseph and Louise Daleo, founded Ole Tyme, her grandparents operated their own retail and wholesale produce company.

“To know that my family began this journey four generations ago and I am the keeper and preserver of their name and values is incredibly gratifying,” Daleo says. “I’ve been able to fulfill a life-long dream to change and affect people’s lives through business.”

Ole Tyme Produce started as a retail store before transitioning to wholesale a decade later and moving to Produce Row in St. Louis. The historic market is home to dozens of produce distributors and operators.

The company started with two units (operating bays) on Produce Row. Several years later it expanded to four more. In 2016, Daleo moved the company to a custom-built facility in St. Charles that’s equipped with state-of-the-art equipment and technology.

The 60,000-square-foot facility has allowed Ole Tyme Produce to expand its distribution, as well as its ability to partner with community organizations. While the company has always donated food to local nonprofits, the larger facility has enabled it to increase these efforts, which has been especially helpful during the COVID-19 pandemic. 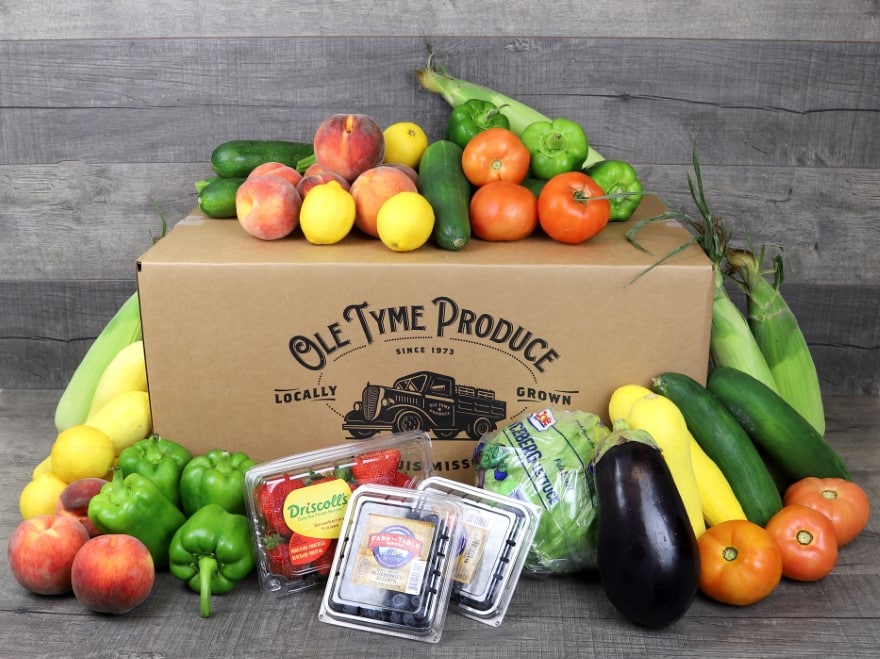 “We want to support the community in ways that are direct and meaningful,” says Daleo, who’s on the advisory board of Operation Food Search. “A healthy diet should be accessible to everyone, regardless of their income level.”

Improving access to resources is also important internally. As Daleo explains, Ole Tyme Produce is a “second chance company,” meaning it hires people who have been incarcerated. Daleo says if people are looking to improve their lives, their pasts shouldn’t be a barrier.

“Every business can focus on development of people, but the need is particularly great when people don’t start well and lack the educational and social experiences to really flourish in a traditional business setting,” she says. “I have watched people that did not start with the best or most stable foundation, grow, learn and contribute in ways that are often beyond [their initial] reach.”

For example, Ole Tyme Produce has an employee who was hired while homeless and recently released from prison. He started as a produce picker and, with mentoring and training, is now a manager. 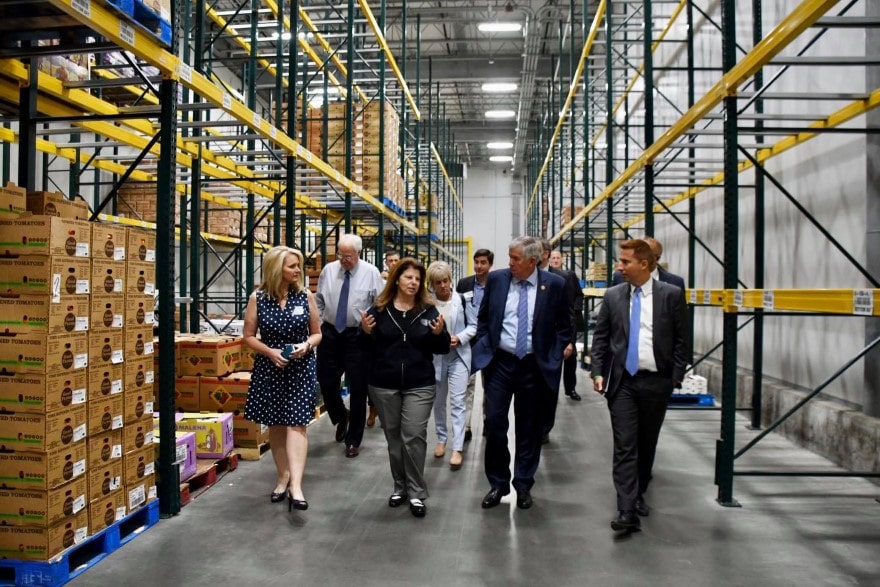 As a woman-owned business certified by the National Women’s Business Enterprise, Daleo also prioritizes mentoring women in the company. She wants other women to know that they can lead and do so in a way that puts people first.

“Being woman-owned is proof that women can lead in a terribly difficult business, such as distribution, where margins are razor thin, capital requirements are high, and labor is very scarce,” she says. “If I can lead by example, we will have many more women who follow into this field and others.”

While many of Daleo’s lessons in business come from growing up around it, she also learned by leaving home and charting her own path. After high school, she became the first person in her family to go to college.

Following her graduation from Reed College in Portland, Oregon, she stayed in the Pacific Northwest for work, where she was the youngest employee at the company. Realizing she could be a leader and hire more women, she started going to business school at night at Washington University, where she earned her M.B.A. 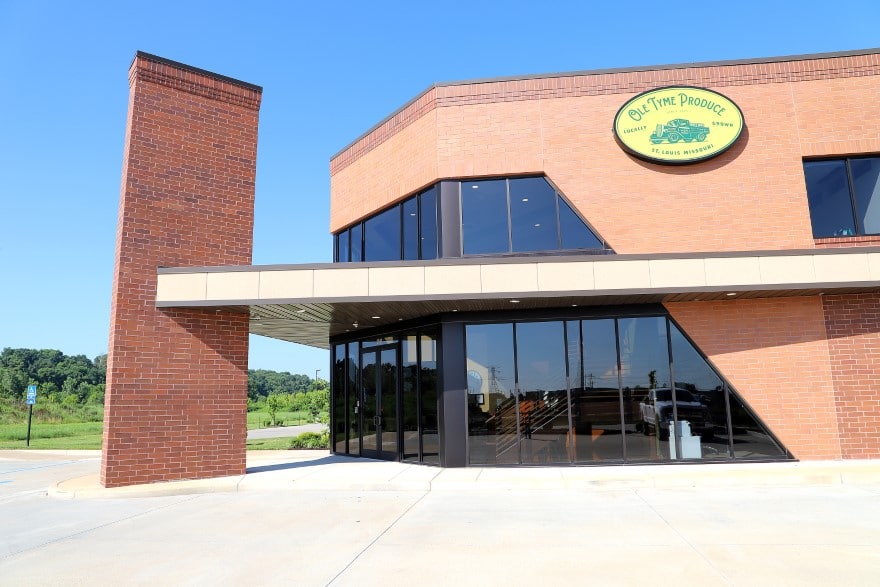 Since taking over Ole Tyme Produce two decades ago, Daleo has determined it’s a dream she no longer wants to be hers alone. She’s planning to make the company employee owned within the next 10 years. She says this will make the company more equitable and allow for employees to play a larger role.

“It’s about fulfilling the ultimate promise of capitalism: creating opportunities for people who work hard,” Daleo says. “It’s about transferring my American dream to employees who make it their American dream.” 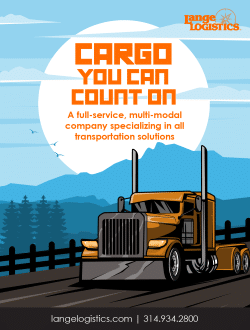