Message in a bottle: Sustainability

When gophers munch on grapevine roots and trunks at the California properties entrusted to Redwood Empire Vineyard Management, co-owner and viticulturist Tyler Klick doesn’t resort to poisons that pose a secondary threat to predators.

Instead, he sets up nesting boxes for barn owls. One of those predators might sink its talons into a couple thousand rodents per growing season and it’ll find a mate and produce a half-dozen ravenous fledglings who will grow up soon. Little pests might never be eradicated, but Klick will have them under control with no harm to flora and other fauna. 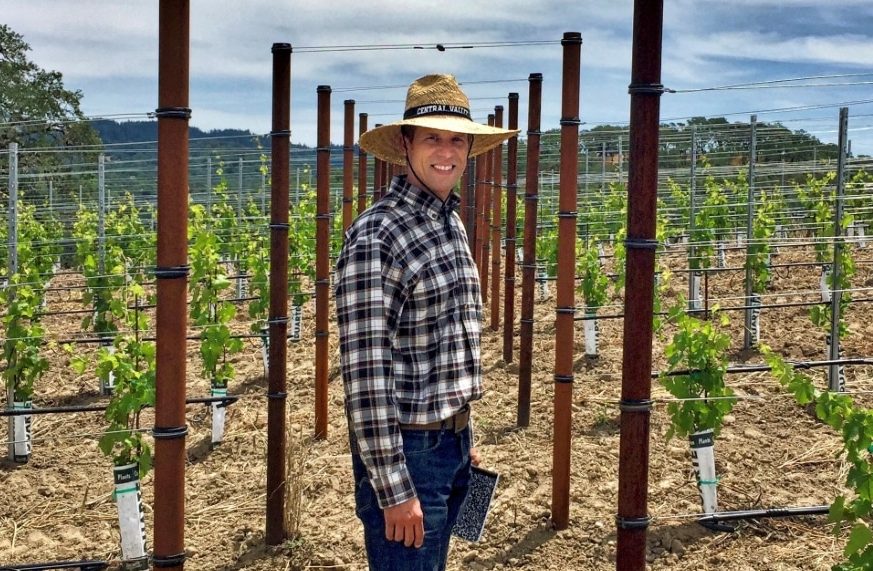 Water retention also an issue in the Golden State, he has mulching put under the vine rows and might practice “deficit irrigation.” That means letting vines reach a certain stress level before affording them water—a method that can have them strengthening and deepening their roots out of self-defense.

“The vines will say, ‘if I don’t get on with ripening, I won’t survive as a species,’” Klick tells Terra Firma in January as another planting season gets underway at the vineyards that Redwood oversees on behalf of its winemaking and grape-growing clientele in northern California’s Mendocino, Marin and Sonoma counties.

“Then we’ll say, ‘just kidding, here’s your water.’ We’ve triggered that change from the vegetative cycle to ripening. We keep a certain stress level without stressing them too much.”

Agricultural runoff a constant threat to waterways and fish, Klick and his colleagues ensure that fertilizers and sprays are environmentally benign. The sun, like owls, being a gift from above, they harness solar power for other needs. 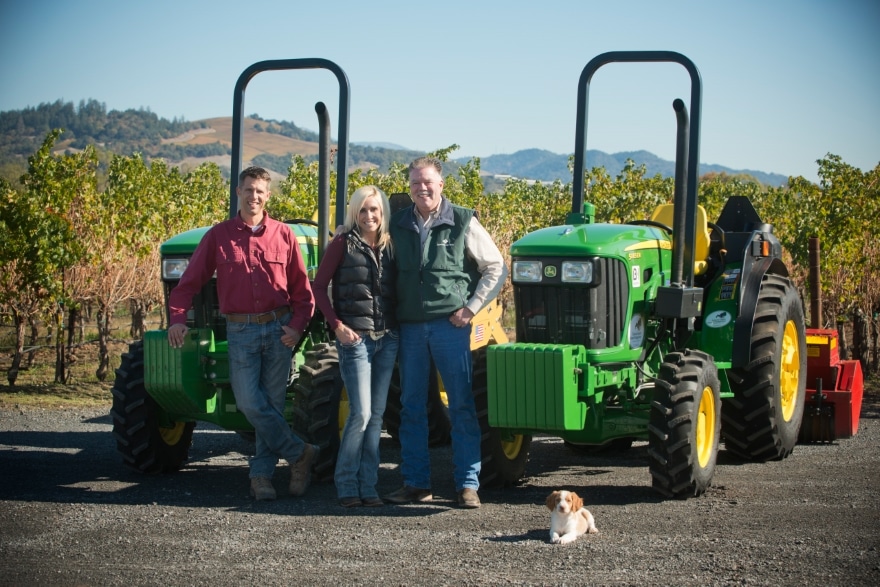 It’s all part of furthering the same practices that in 2012 resulted in Redwood being recognized by a California trade group as the first certified third-party sustainable vineyard operator. Others have since joined the club, with Redwood assisting the California Sustainable Winegrowing Alliance in formulating metrics in three categories: environmental, social and economic.

“We’re proud to have been the first but we welcome the others,” Klick says. “We may all make great wine, but we need to be conscious about how we’re living in this world.”

Nature in the balance

It’s a complicated process, he says about running a vineyard. Those who invest in one often can’t do the heavy lifting. That’s where Redwood comes in, this Geyserville, California, operator having industry knowledge, tractors and assorted equipment, and access to hired hands that’s as essential to winemaking as the grapes themselves.

Redwood’s been around since Kevin Barr founded it in 1983, arriving almost Steinbeck-like in a 1961 Chevy truck with little resources and a big dream. His future wife, Linda, became a co-owner in 1991 with Klick joining the team six years later, literally learning the business from the ground up prior to buying a share in 2006.

As a younger man, Klick envisioned a career in sports medicine, studying human health sciences at Saint Mary’s College of California, but then deciding he’d rather not apply his skills on people. He followed up his Saint Mary’s degree with credentials in viticulture and enology from University of California, Davis, in 2000. 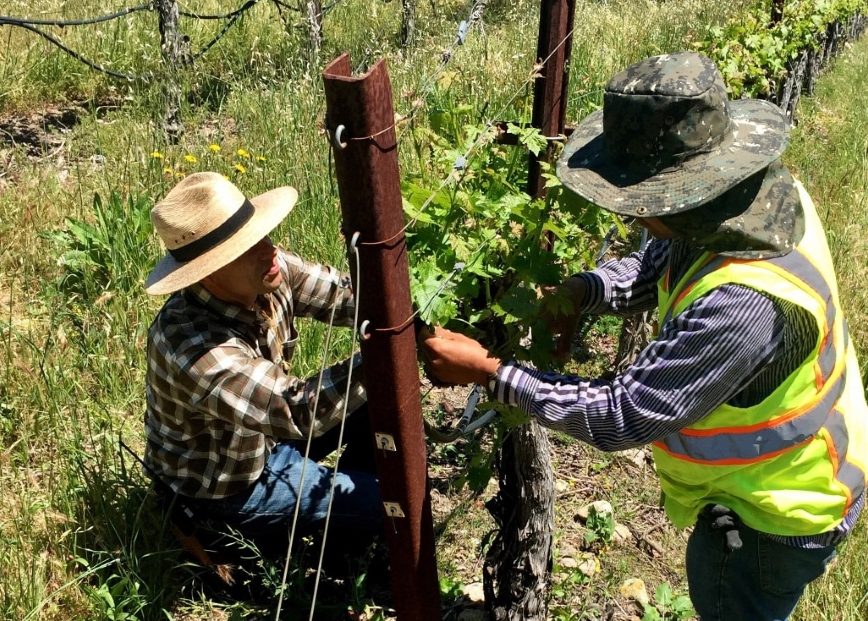 When he spoke with Terra Firma, many preliminary projects were underway at the 2,200 or so acres Redwood oversees for vineyards that sell grapes to such brands as Ramey Wine Cellars, Silver Oak and Kendall-Jackson Wine Estate & Gardens. The early months are when a reduced workforce prunes vines, repairs trellis systems and gets winter weeds under control. Come spring and summer, personnel increase to between 500 and 600, with much of it coming from Mexico on H-2A visas.

There being a labor shortage, Klick emphasizes the need for foreign nationals to perform temporary agricultural work and lauds federal authorities for setting guidelines for pay and housing, and the state for reducing the work week from 60 to 40 hours. Unlike the tragic scenario Woody Guthrie depicted in “Deportee,” the workforce too must be sustainable, Klick says.

“The workers can make in a day what they’d make in a week in Mexico,” he says. “They’re highly motivated. It’s win-win for us and them.”

Modern ways notwithstanding, Klick says there are still many tasks best left to human hands. Canopy management—the manipulation of foliage to ripen fruit uniformly—can’t be most efficiently done by machine. Same goes for some methods for leaf pulling and fruit thinning. 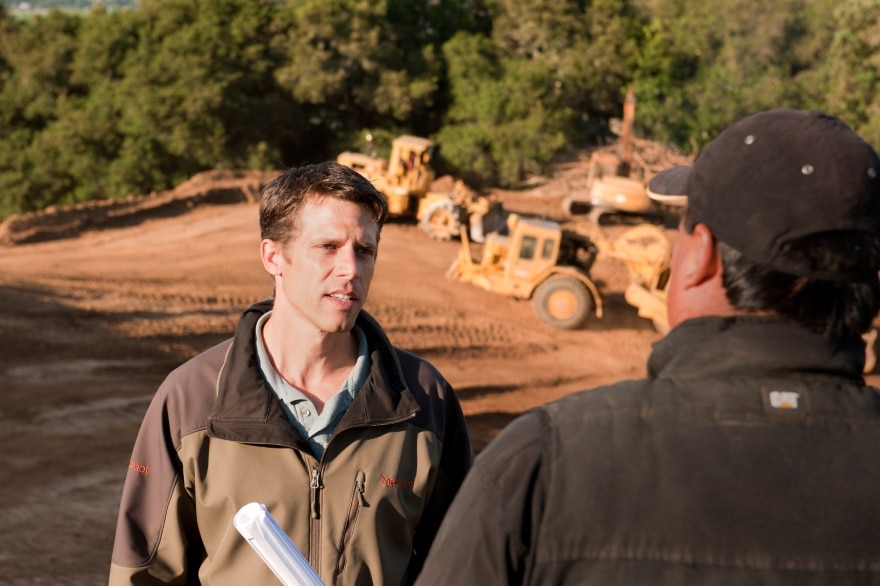 Recent times have been good for Redwood, the vineyards it manages having been spared last year the damage from wildfires that had been so destructive from 2017 to 2020. Two years ago was the worst, Klick says, another reminder that some factors remain beyond a vineyard manager’s control.

But there’s much Redwood can control, and Klick couldn’t feel more fulfilled in his role of doing so. Viticulture—the cultivation of grapes—is his passion and he and his family have traveled worldwide to borrow from and contribute to other operations. His company’s emphasis on sustainability, he says, is as sound business and good environmental stewardship. It’s also a lot of fun.

“We can be a one-stop shop for someone who wants to buy property and develop it into a vineyard,” Klick says. 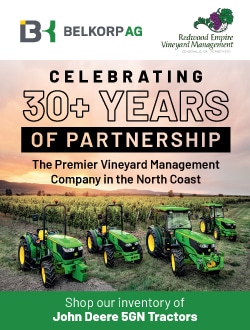 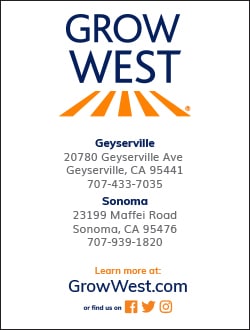