A company with a conscience

Whether reading data from the National Coffee Association or merely walking around in public, it’s clear to see the presence of coffee in the United States beverage arena. Forty percent of 18 to 24 year olds and over 50 percent of 25 to 39 year olds will enjoy at least one cup, and on average three cups, each day. And it’s not just any coffee: It’s good coffee that is penetrating this market share. Despite the economy, gourmet coffee continues to possess almost 40 percent of the coffee sector. For many discerning consumers this daily indulgence is fulfilled by a visit to Caribou Coffee – a company that has drawn loyal customers for its commitment to quality, social responsibility and sustainability across its evolving offerings. 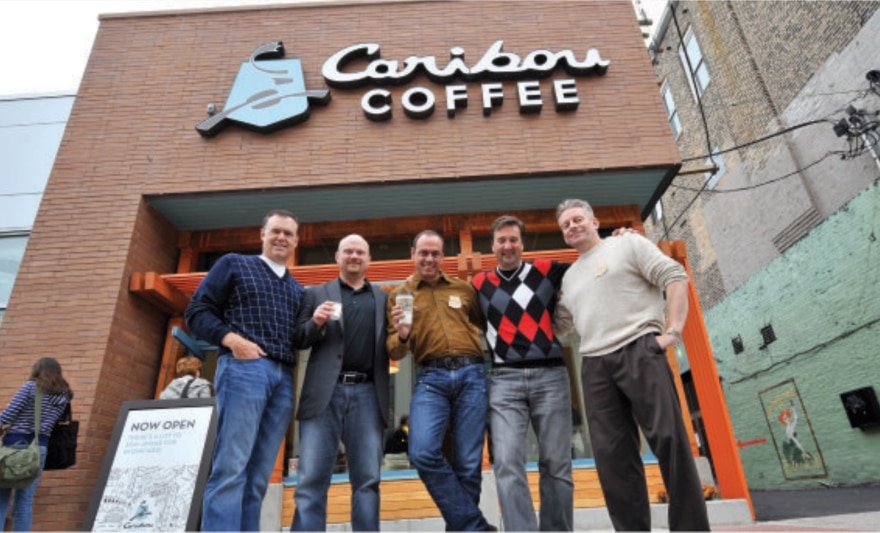 Currently led by Mike Tattersfield, the president and CEO, Caribou Coffee Company was initially founded by John and Kim Puckett, who conceived of the idea during a trip to Alaska’s Denali National Park in 1990. The couple returned home from the summit of Sable Mountain (home to herds of caribou), raised capital, and two years later opened the first Caribou Coffee in Edina, Minn. The company that resulted was founded on and still follows the entrepreneurial vision that excellence is a product of hard work, life is too short for anything else, and every effort should be made to guarantee a rewarding experience for guests, employees and vendors alike.

Second-largest Coffeehouse Chain in the U.S.

By 2000 Caribou Coffee had grown large enough to attract the notice of Atlanta-based investment firm Crescent Capital (now Arcapita), who recapitalized the company and took majority ownership. Seven years later after aggressively promoting and growing the brand Arcapita held an IPO, and on Sept. 28, 2005, Caribou Coffee became a publicly traded company on NASDAQ.

The chain the Pucketts founded has now expanded into 20 states – primarily east of the Mississippi – with a total of 559 locations, including 70 kiosks plus 80 international locations in the Middle East and Korea as of October 2011. Caribou Coffee is the second-largest coffeehouse chain in the United States after Starbucks. (Dunkin Donuts has a larger market penetration, but it utilizes the franchise model and while marketing its coffee it is not primarily defined as a coffeehouse.)

Tattersfield estimates that company currently employs around 6,000 and has grossed over $300 million in sales on a trailing 12-month basis as of Oct. 2, 2011. The company continues to maintain its corporate headquarters and coffee bean-roasting facility in the Minneapolis- metropolitan area. 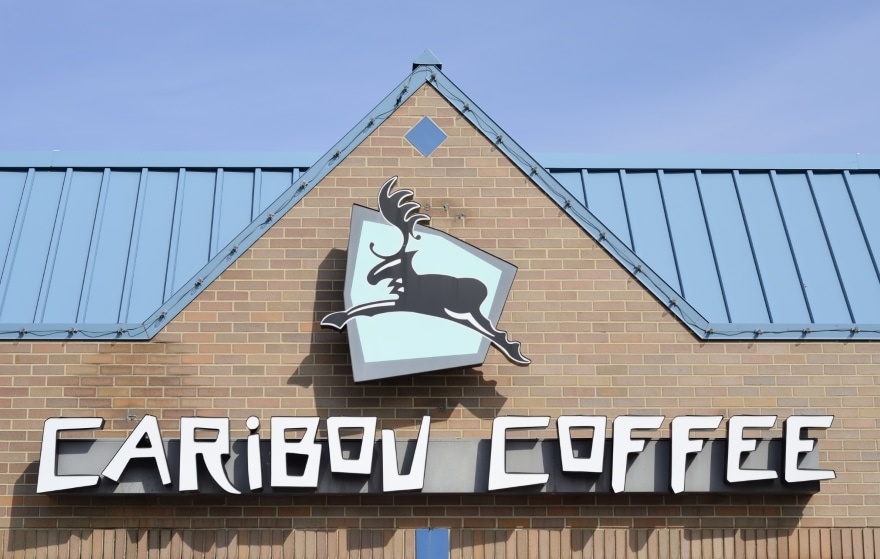 Tattersfield, who joined the company in August 2008, has an extensive history of executive management. He’s the former president of A&W All American Food Restaurants of Yum! Brands Inc., vice president of store operations for The Limited Brands – a chain of specialty stores that sell personal care, beauty and lingerie products and apparel – and COO and executive vice president of Lululemon Athletica, a yoga-inspired athletic apparel company. This experience has helped Tattersfield frame the company’s strategic initiatives, while maintaining the inspiring culture of Caribou Coffee.

“We’re always pushing the envelope here at Caribou Coffee; we want to evolve our tea, caramel and sandwich lines,” reveals Tattersfield when asked about the company’s philosophy toward upgrading its product platforms. “We want to offer tastes appealing to the younger generation and deliver a high-quality food product in a high-experience environment.”

At the core of operations is a dedication to providing a community place that is fun, passionate, authentic, fair, accepting, responsible, and deeply involved in listening, recognizing and developing innovative, quality items that connect with guests and the company team. This starts with a coffee-sourcing strategy that recognizes and celebrates the inherent characteristics of global coffee producers instead of promoting an overreaching roast profile that masks the different beans with a burnt aftertaste.

Coffee remains the company’s largest unit, but the company is constantly developing items that match the quality of beverages offered. For example, Caribou Coffee launched a new line of Grown-up Grilled Cheese sandwiches in August 2011. These comfort foods include a Three-Cheese Classic, a Gouda Turkey Pesto, an Italian Chicken Melt, and an Aged Cheddar Roast sandwich. Tattersfield also adds that great attention has been paid to incorporating a real chocolate program in line with its coffee program, sourcing top-quality dark, white and milk chocolates with flavor and texture profiles to complement what customers are cupping. These products are intended to be the kinds that elicit the word “love,” not just “like,” and fit within the Caribou Coffee initiative to offer meaningful experiences. 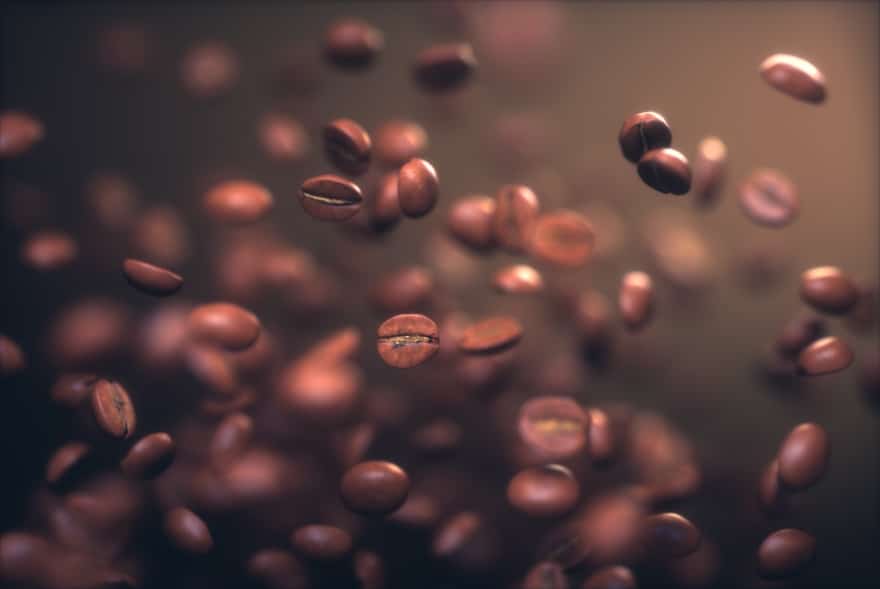 Caribou Coffee is dedicated to having a positive impact on more than just taste buds. The company is a fully committed member of the Rainforest Alliance, an organization dedicated to helping farmers and businesses stay profitable, while promoting the use of sustainable growing practices and education to help protect threatened eco-systems. A supporting company can be easily identified by the display of the Rainforest Alliance’s signature green frog logo.

According to Tattersfield, Caribou Coffee is the first major coffeehouse chain in the United States to source 100 percent of its coffee and espresso beans from Rainforest Alliance Certified farms. As of the first quarter 2011 all of the company’s coffee and espresso beans currently come from certified farms in North and South America, Africa and East Asia. In addition, Caribou Coffee allocates funds from every pound of coffee bought to support positive, progressive initiatives in coffee-producing communities, such as building clinics, financing schools, investing in reforestation efforts and supporting water-cleaning programs.

Positivity – From the Fields to the Stores

Even for a company with its heart in the right place, 2008 was not a banner year for coffeehouse chains. Starbucks hemorrhaged jobs and stores, and Caribou Coffee stopped launching new locations. However, Tattersfield says the time to expand with new stores has returned, following a dozen positive quarters. For example, throughout 2011 the company opened several new coffeehouses and remodeled several others in the Chicago area, and it plans to activity pursue even more into 2012. Overall Caribou Coffee looks to expand its base by 10-percent per year in the U.S., growing by 40 locations a year across standalone, shopping center, grocery store and airport properties, while at the same time look internationally. 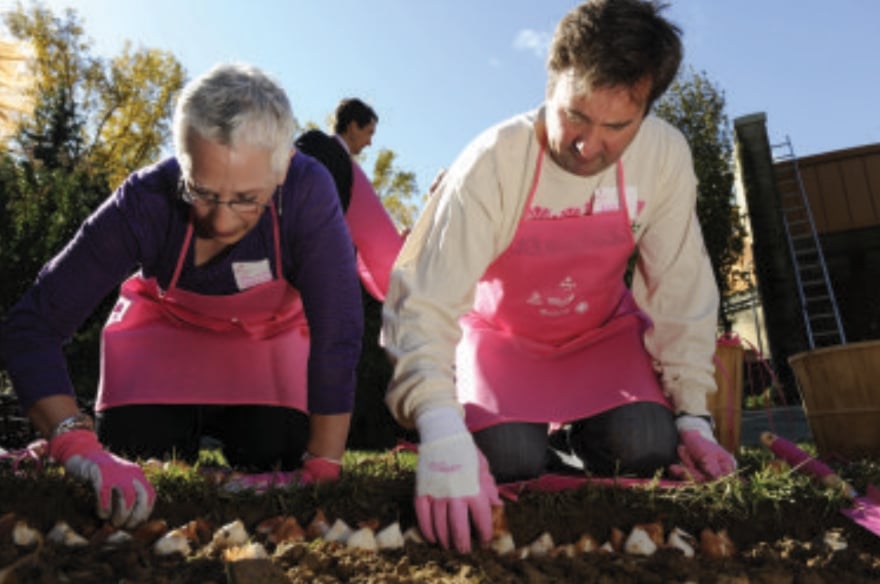 “We’ve never been in a more positive strategic or financial position than we are now,” Tattersfield was quoted as saying. “This is the perfect time for us to grow our business, and Chicago is the perfect market in which this can be accomplished.”

With its dedication to responsible sourcing of beans, and to feeding the soul, Caribou Coffee Company has proven it is possible to be a large company with a conscience. These continued efforts – which add value to the positive experience consumers enjoy with every delicious high-quality coffee, tea or assorted food – will ensure the company continues to realize its aspirations of success from unparalleled service. 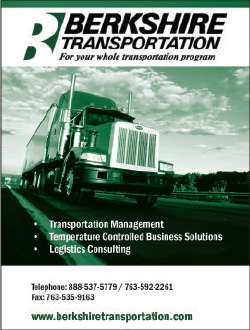 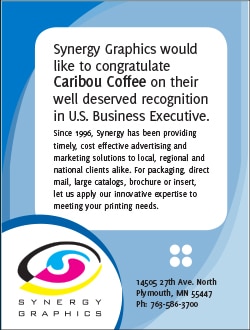