Wired to be the tech coffee hub 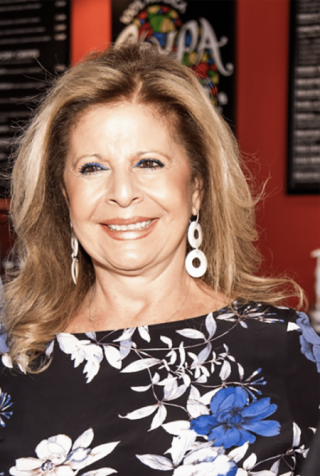 Under other circumstances, Nancy Coupal might still be in Venezuela. Though born in Berkeley, California, the South American country was her home for 30 years, she having moved there during the late 1970s with her husband, Jean Paul Coupal, after they graduated UCLA, she with a bachelor’s in psychology and a master’s in public health.

She only envisioned being in Venezuela for a few years but instead the couple had three children and her professional life included public health research, a local and export clothing line, several ethnic restaurants and a coffee roasting cafe. Then, as she explains, in 1999 the political situation changed for the worse with Hugo Chavez in charge, the economy soon to be in shambles and human rights compromised.

That she has, though Coupal won’t be relinquishing control anytime soon. Since 2004 she’s been having too much fun operating the high-end Coupa Cafe outlets in the Bay Area and Silicon Valley which she co-owns with her two children, Camelia and Jean Paul, both graduates of Stanford University. Forming a family business which enabled the cafe expansion was more than a dream come true.

It’s a taste of Venezuela, Coupal says from the flagship store that she opened with her seed money in downtown Palo Alto. The cafes offer international fare and Venezuelan specialties, breakfast, lunch, salads, tacos, burgers, crepes, desserts and dark roast coffee from beans sustainably harvested in South and Central America.

The offerings proved an almost immediate success with the Silicon Valley tech crowd. On any given day, the likes of Steve Jobs, Mark Zuckerberg and Sergey Brin might have visited, as well as folks who simply wanted to see these larger-than-life characters.

So immersed in that crowd became Coupa Cafe that its iconic coffee cup—showing the brand name overlapping a colorful coffee bean collage—appeared in “The Social Network.” No intentional product placement there, Coupal explaining that the filmmakers were striving for authenticity. Since then, the mug has been hoisted by characters in other films, as well by “The Muppets” and “Larry Crowne.”

“Anytime our logo cup appears, I take it as a compliment,” she says. All indications being that the Coupa Cafe concept would spread, the Coupal team focused on Northern California which has expanded to nine locations with a new project in the works.

It’s become quite the stronghold, there being five cafes at Stanford University, including locations at the Graduate School of Business, The Engineering Quad and Green Library. There’s also a Coupa Cafe at the Stanford Golf Course, a second store in Palo Alto and one each in Redwood City and Los Altos. The team keeps their eyes open for opportunities to expand, and Coupa Cafe—like so many other eateries—is in post-pandemic recovery mode.

“But we’re still steady and on our feet,” Coupal assures. “The most difficult thing is staffing and we’re trying like crazy to hire. So many people left the restaurant industry and aren’t coming back.” 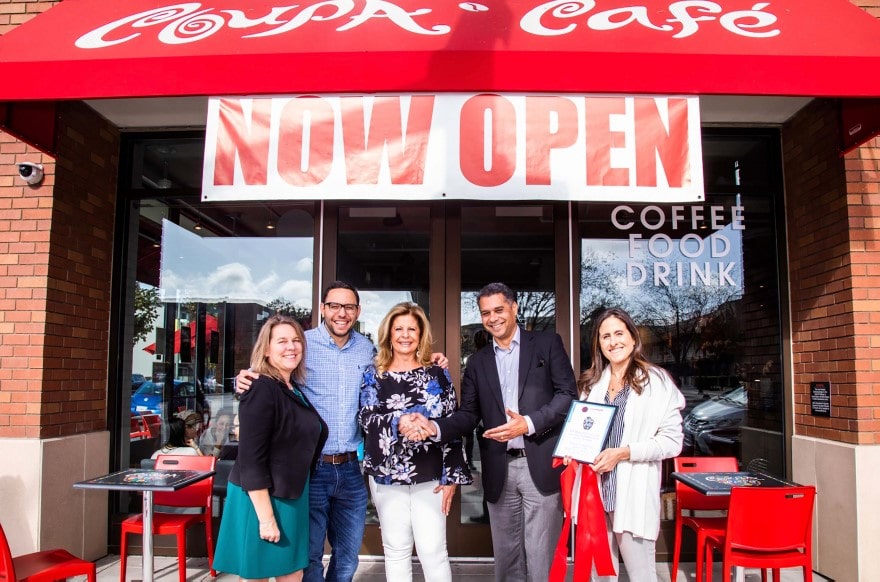 And business has been returning to pre-pandemic levels, with two of Coupal’s three 30-something children—all Stanford University graduates—directing Coupa Cafe and very instrumental to the cause.

Himself an accomplished technologist, son Jean Paul Jr. oversees infotech, procurement and operations. Over the years, he’s helped numerous start-ups test their products at the cafes. Then there’s daughter, Camelia, who’s in charge of human resources and marketing, amongst other things.

It took a team effort to endure COVID-19, Coupal noting that 90 percent of revenue was lost with only delivery and curbside service available during the height of the pandemic. Since then, the business has recovered around 60 percent of the losses and Coupal says it’ll be a stronger operation as time passes.

Clientele loyalty was reinforced, and the company developed a Coupa Grocery option and even delivered fresh and cooked foods to private homes. It also become affiliated with Uber Eats, Door Dash, and other delivery companies.

Customers can use the Coupa App, as well, which offers a loyalty program. Using the app, the over 10,000 users can order ahead and choose which location to pick up from. If they dine in, customers can use QR codes for contactless ordering. 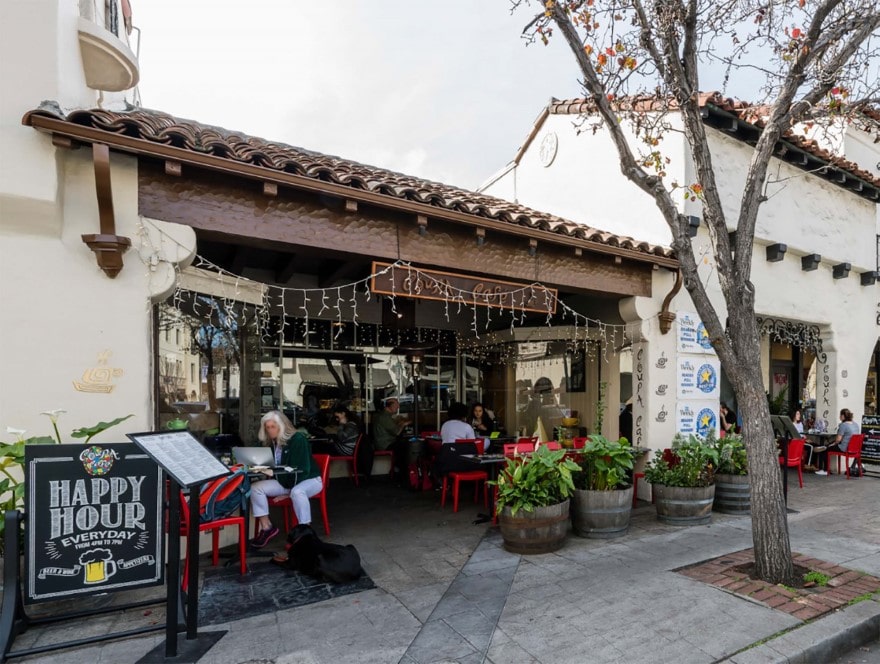 The cafe’s offerings include espresso drinks and a popular cold brew, which Coupal anticipates bottling or canning in the future. A personable and persuasive type, she’s become something of a lobbyist and ambassador for small businesses in and around Palo Alto promoting outdoor dining and walkable streets.

She even laughs while explaining how her company’s name may have been pirated; in 2006—two years after the cafe’s founding—Coupa Software launched in San Mateo after its founders had discussed business in the Palo Alto cafe frequented by so many other tech visionaries.

Rather than copyright infringement, Coupal sees it as a marketing boost. “Coupa Software was founded in my cafe and they stole my name,” she says. “But that’s OK, because they recognized this on their web page, and I’m happy to get my brand name out there.” 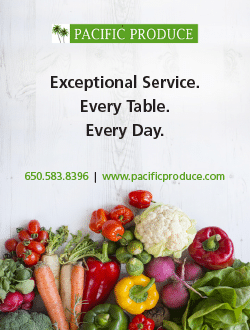