Things were looking good for Rick and Cheryl Barsness in March 2020.

The couple was celebrating the success of their Incredible Pizza Co., founded in 2001, and the opening of a new restaurant in Shawnee, Kansas.

As Don Potvin, who’s worked with the couple since 2004, notes, these are no ordinary pizza joints. They are 75,000-square-foot emporiums of fun and activities with 1950s decors and settings.

Oh, and there are roller coasters. 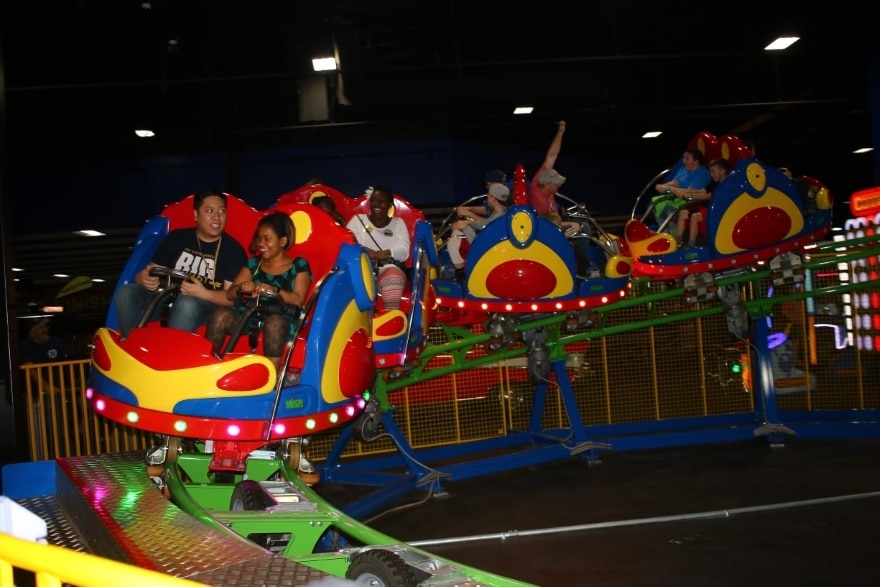 “We have the most incredible game room you’ve ever walked into,” Potvin says. “This company is in the happy business. We create incredible memories.”

Potvin, the executive vice president corporate operations for franchise group, was preparing for the Shawnee opening when the conversation took a turn. The COVID-19 pandemic was leading to shutdown orders for the company’s nine restaurants, as well as preventing the opening of a new one.

More than two years after this crisis, Potvin says the company has rebounded to enjoy record revenues as the Barsnesses reinvest in existing stores before considering expansion.

“We’re focused on ensuring the best, safest and most memorable experience for our customers,” he says. “Surviving and then thriving after this pandemic was a monumental task. Rick and Cheryl have very strong relationships with our banks, suppliers and landlords. We respect them immensely for everything they did to help us.”

The birth of Incredible Pizza Co. can be traced to Rick Barsness’s chance visit to a video game convention.

At the time, he was attending a trade show for the pizza industry as he and Cheryl owned and operated a dozen pizza franchises in Texas. After visiting the convention, he decided to add game rooms to the restaurants.

Adding games proved so successful that the couple wanted to add other activities, such as rides. When the idea was rejected, they sold their franchises and moved to Springfield, Missouri, and opened their first Incredible Pizza in 2001. Along with the games and rides, they incorporated the ‘50s theme.

“Cheryl and I grew up in the ‘50s and ‘60s era and we have fond memories of that period of time,” Rick Barsness says. “We wanted to create a family-themed environment that all generations could enjoy. Our goal is for families to share a meal and then have fun together with all the games and attractions we offer.” 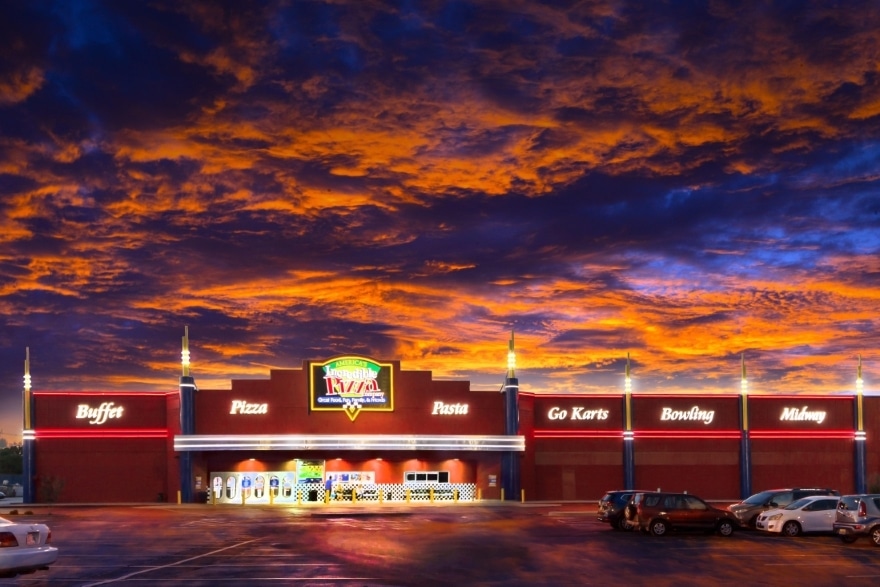 The experience begins with a ‘57 Chevy at the entrance. It includes themed dining areas, such as a high school gym with brick walls and wooden floors, and the Starlight Room, an indoor drive-in theater. There’s a family room with TVs showing the era’s best-loved sitcoms. The diner decor includes chrome tables, black and white linoleum floor tiles and a soundtrack of Golden Oldies.

The Fairgrounds game rooms are modern—laser tag hadn’t been invented in the 1950s—and there are up-to-date video games, bumper cars and go-karts.

Then there’s the roller coasters. As he chatted with Terra Firma in May, Potvin was completing the acquisition of one to be installed in the Shawnee restaurant. It’s built by SBF Visa Group, which has made amusement rides for 70 years, and it requires nearly 18-foot ceilings to operate indoors.

While pizza is the most popular item served at the all-you-can-eat buffet, there’s also hot dogs, mac and cheese, pasta with Alfredo and marinara sauces, tacos, and salad and dessert bars on the menu.

“Rick designed it to make it the most amazing all-you-can-eat buffet with the best game and attraction room in the area,” Potvin says.

For almost 20 years, Incredible Pizza grew throughout the Midwest and Southwest as well as in Mexico, where it has three restaurants. Then in late March 2020, Potvin was suddenly talking to Rick Barsness about having to lay off 700 employees because of mandated pandemic shutdowns.

Potvin worked with vendors, suppliers and landlords to get additional time and revise terms of contracts. For example, Incredible Pizza’s main game vendor, Betson, provided terms to pay for the new games in the Shawnee location, Potvin says. 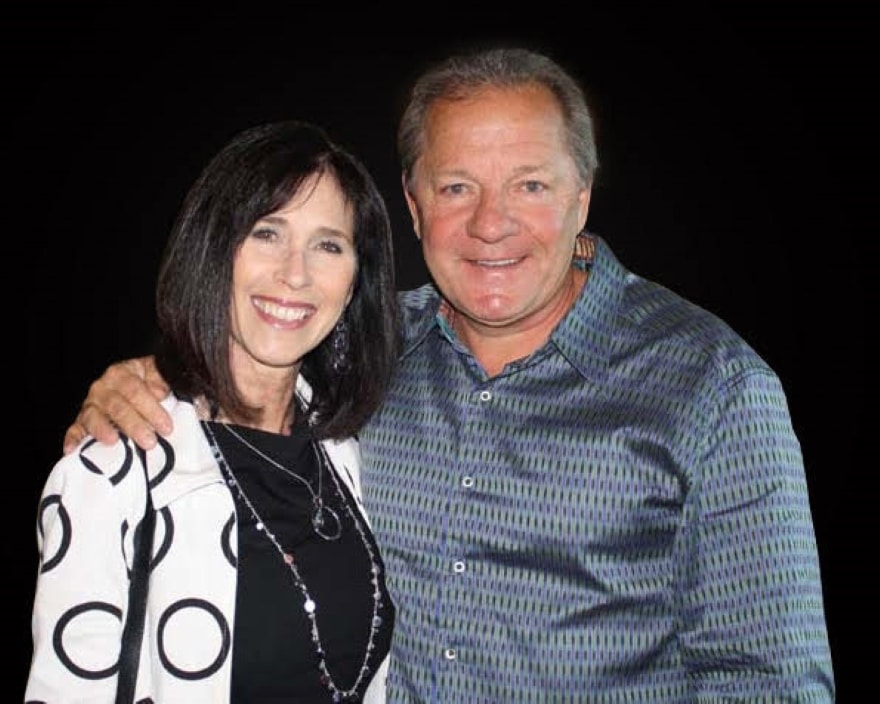 “Almost every vendor, bank and landlord worked with us to survive during the shutdown period,” Potvin says. “It’s not an overnight fix, but by working together, we came up with a plan to get our company back on its feet.”

He says his role is now to help the company rebound as customers have returned. The reinvestments have included new games and attractions, such as the new roller coaster at the San Antonio, Texas, location. The company has also increased its digital and broadcast marketing, especially to draw people to hold events like birthday parties and corporate outings.

“I can’t say enough about our management teams and how they stuck together and supported our company during the worst business crisis Cheryl and I have ever faced,” Rick Barsness says. “Our company is going to continue to thrive into the future because of the great people we have at Incredible Pizza.”

A profession in pizza

Potvin may not have anticipated he’d be buying roller coasters when he started washing dishes in a Pizza Hut in high school, but it was the start of a 40-year career in the industry.

“I found my personal niche. I bleed pizza sauce,” he says.

He grew up the San Diego area and eventually rose to become a Pizza Hut district manager in 1989. After leaving the company in 1991, Potvin moved to Tulsa, Oklahoma, to become director of franchise operations for Mazzio’s Corp., owners of pizza restaurants in the Midwest, Southwest and Southeast. 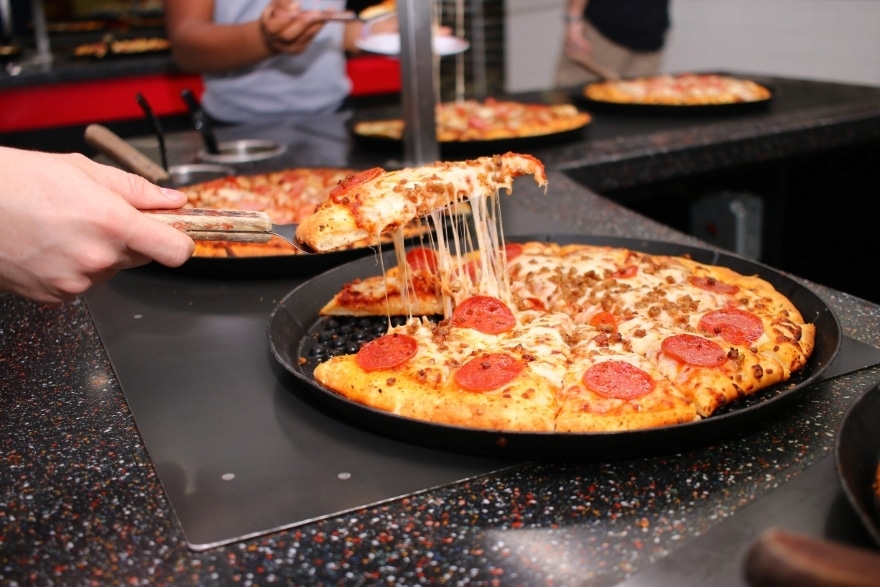 When the Barsnesses opened their second Incredible Pizza in 2004, this time in Tulsa, Potvin joined them as director of training and quality assurance. He became executive vice president of operations in January 2013.

“There were times we thought we’d lose it all, but due to the Barsness’ determination not to quit and the relationships they’ve built, we were able to pull through,” Potvin says. “We want to make sure everyone from the 4-year-old child to grandma and grandpa can go and enjoy the experience of Incredible Pizza.” 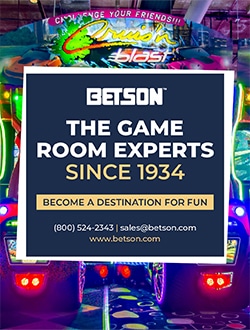 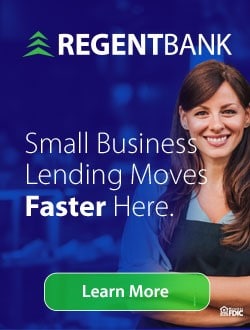