When was the last time anyone looked for name brand flowers at the grocery store? According to Mark Salgado, sales and distribution manager for Masson Farms of New Mexico, the answer is pretty much, never. In the retail flower sector, name brands carry less clout than beautiful, healthy flowers that won’t wilt on the kitchen counter.

Because customers judge flowers mostly on their merit, greenhouses must go to great lengths to set themselves apart. 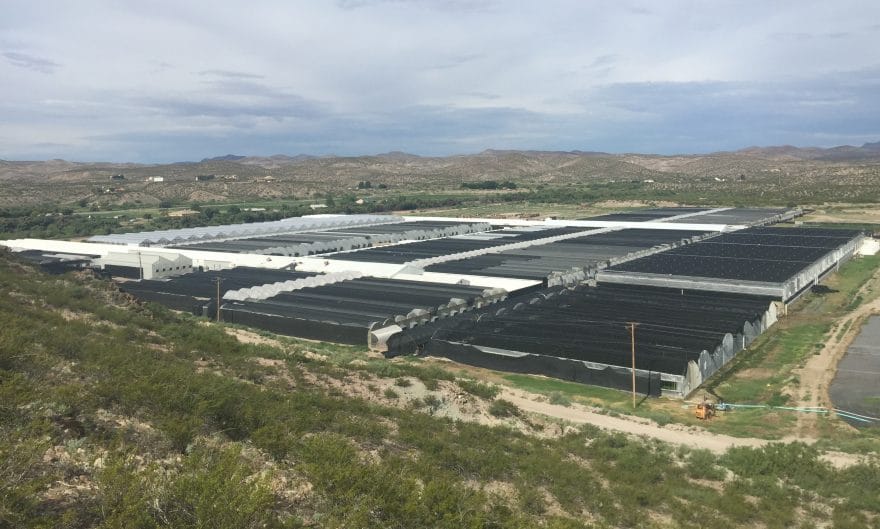 Few growers understand this as well as the members of the Masson family, who have been thriving in the wholesale flower space since 1919, when James Masson started growing begonias, cyclamen, chrysanthemums and primulas in Kansas City. Today, the family focuses on its New Mexico operations in Las Cruces and Radium Springs and is run by James’ grandson, Alex Masson.

After nearly 100 years of growing, the Masson family still stakes its success on clear and constant communication with customers and vendors.

Salgado visits big box stores where Masson Farms’ flowers are sold. He likes to tidy up the displays and watch the crowds, a practice he calls “walking the stores.” It usually doesn’t take long before he’s striking up a conversation with a customer, finding out what sort of flowers they’re in the mood for and what they think of the selection.

In this era of big data, speaking to customers face to face seems almost like a lost art. Yet, Salgado says it’s a great way to get ideas and check the pulse of Masson’s market.

“Any time I or Mr. Masson is out, we’re looking at the product, whether it’s ours or someone else’s,” Salgado says. “We’re always getting ideas and seeing how different flowers are moving.”

Using this method, Salgado discovered that his customers preferred a certain color geranium to most other colors, a valuable insight that caused the farm to adjust its color mix. “What people are buying changes often throughout the season,” he says. “If I stay in the greenhouse all the time, the market will get past me.”

New methods for a new market

Though he loves talking to customers face to face, Salgado says he has a healthy appreciation for digital tools, as well. In addition to tracking grocery store UPC codes to find out exactly what customers are buying, Masson engages them on social media.

“We covet the direct feedback we get on our Facebook page and website,” he says. Maybe more important than just gathering data, Salgado says social media provides another means for communicating with customers and business partners.

Salgado’s daughter recently helped the company update its website, and Salgado says they will soon be uploading videos that show millennials how to care for their flowers and maximize their life span. The videos cater to the tendency among younger buyers to do research online before making a purchase.

“They want something easy to care for that will last a while, so they look online for comments and testimonials to find out which flower that is,” he says.

Offline, Masson is filling this need for more information by creating care tags that it attaches to every flower. The tags give basic information about the flower as well as instructions for maintaining it.

Salgado says Masson focuses on communication because it is an area of the otherwise unpredictable flower business that they can control. Plants may die and delivery trucks break down, but they can always inform the customer.

He explains that many of the farm’s largest deliveries to stores are made on Saturday mornings. That means everyone from the truck driver to the employees at the grocery store want to finish unloading the shipment and get home for the weekend. It’s all the more important to keep those partners informed if the delivery is running late.

“I personally hate to buy something and then not be able to reach the company when there’s a problem,” he says, “especially if all I get is voicemail or some automated system.”

Masson Farms has been working closely with the same trucking company, Wild West Express, for 17 years. Salgado says the relationship has lasted because both sides inform the other the moment something goes wrong.

The farm has a similarly close relationship with Pottery Direct, which supplies it with ceramic flowerpots. Pottery Direct’s manager, Krysta Veilleux, says she’s been proud to see the company’s pots contain such beautiful flowers.

Salgado says Masson Farms has even cultivated an air of partnership and collaboration with the network of grocery stores to which it sells. The farm and the stores stay in touch via phone and will pool staff members and work around each other’s schedules to make deliveries go as smooth as possible.

The greenest of the green

Maintaining good dialogue with its partners has also helped Masson go green, or rather, go greener.

Radium Springs, New Mexico, is a prime spot for geothermal power, and Masson relies on hot water pumped up from the earth, instead of natural gas, to heat its facilities. The process reduces its dependence on fossil fuels and keeps the temperature inside of the greenhouses strictly regulated. 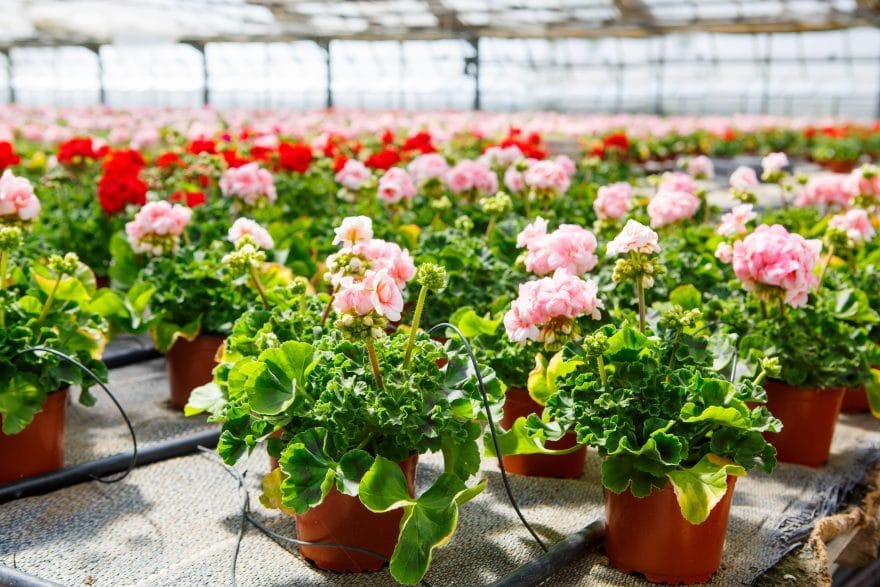 Salgado explains that the greenhouses are equipped with thermostat sensors that will call for water when the temperature drops. The water is pulled up and piped into a heat exchange system, which will help maintain an ideal indoor temperature of about 68 degrees. A similar system is used in Masson’s warehouses, which have special heaters mounted to the ceilings that have been modified to run on the groundwater.

To maintain all of these systems, Salgado says Masson depends on Argus, the company that supplies the sensors, as well as IT specialist, Johnny Walters who provides general tech support. Wild West Express helps by dropping off refrigerated trailers so that the flowers stay in a climate controlled environment even while being transported.

Salgado has heard the same news many other businesses have heard: baby boomers are retiring and their incomes are dropping, to which he says, “Millennials are going to settle in and get houses and kids and start buying plants just like other generations.”

To prepare for these young flower enthusiasts and to keep up with demand, Masson Farms is building more facilities. It has already built six acres of greenhouses and will eventually put up another four, this on top of buying another warehouse.

Salgado says these additions are all signs that Masson continues to thrive; however he likens it to buying a new house and says that the most exciting part will be when the construction is done and the staff can “settle in” and get to work. 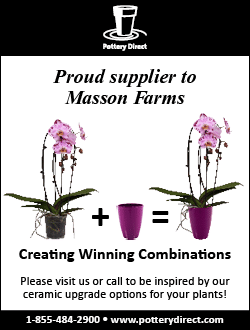