Well-crafted barns of all stripes and certifications

In Delaware, poultry integrators, who process and distribute chickens, make a big investment when they entrust local farmers to raise their birds.

It’s not an easy task for the local farmers, either, requiring, among other things, that their facilities meet the latest regulations and trends—and that’s the territory of Marydel Ag Supply. The young company has become a specialist in crafting poultry barns and facilities to an exacting level of quality, as well as retrofitting barns with doors, windows and equipment that meet organic standards. 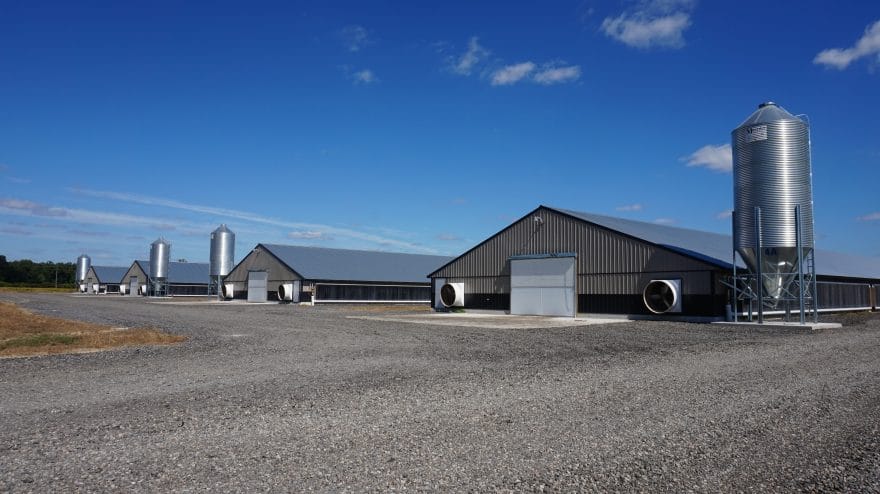 Owner Marvin Zeiset started Marydel Ag Supply in 2014 as a sister company to his nearly 30-year-old ag equipment company, Zeiset Equipment in Pennsylvania. He says Zeiset Equipment had long ago won a reputation for quality workmanship among poultry integrators, who in turn begged Zeiset to service the Delmarva Peninsula, a tri-state hotbed of poultry farming.

Zac Brubaker, Marydel’s general manager, says there are thousands of farmers in the area, and adds that Marydel’s clientele is pretty evenly split between organic and conventional farmers.

Growth has been steady for the young company which is comprised of four construction crews and roughly six equipment crews. Construction crews start new facilities by building the frame, including the roof, after which the equipment crew installs heating and ventilation, as well as winching, feeding, watering and related systems.

Retrofitting barns and installing equipment can be time-intensive work that involves a lot of heavy equipment. It’s not easy money for Marydel, but Brubaker says that by taking time and focusing on craftsmanship, the business has been able to distinguish itself.

Brubaker says customers can see the quality of Marydel’s work from the outside. Marydel uses extra care and quality materials to mount its roofs, preventing bubbles in the sheet metal. In similar fashion, he says everything from the tress bracing to the trim is meticulously leveled and squared off.

Retrofits are among Marydel’s specialties and Brubaker says his crews repair everything from sagging ceilings to adding doors for chickens to exit the coop and wander.

“It’s not that we go overboard in what we do, it’s that we do the job right,” he says and adds, “speed doesn’t always win.”

Much of Marydel’s crew come from nearby Mennonite and Amish communities, known for their trade skills and work ethic. For example, Brubaker attributes his crews’ masterful anterooms—the 8-by-10-foot space used to house computer systems, medicators and plumbing—to their plumber, who takes the time to level and line up every piece of duct and pipework. 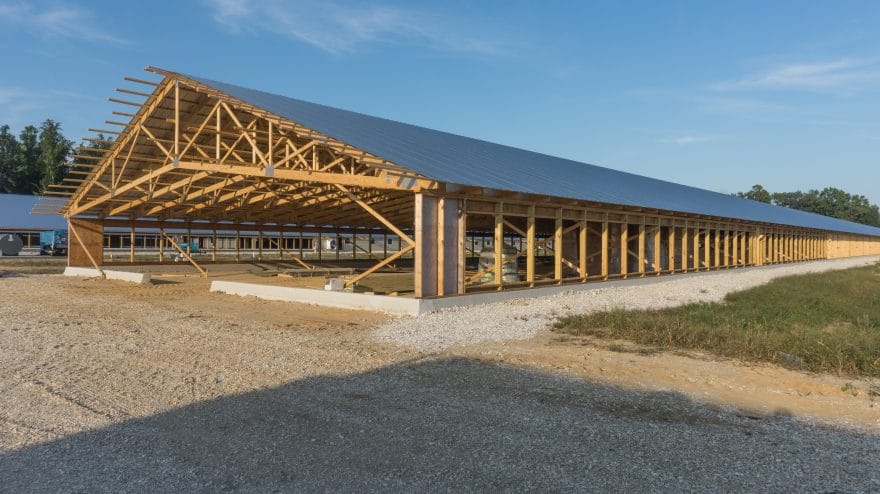 The company also invests in a team of maintenance technicians who are on call 24/7 to service any barn in the area, not just the ones built by Marydel. Brubaker says this service sets Marydel apart and inspires trust in its customers, which pays dividends in the long run.

“People try us out on a trial basis the first time, but then they like what we do so they stay with us,” he says. “Hopefully they’ll become a customer for life. That’s our goal.”

Over time, the buy-sell relationship between Marydel and its customers becomes friendship. For instance, Brubaker says he’s taken plane rides with one farmer who is also an aviation enthusiast, and attends industry events with other customers. In most cases, the employees at Marydel, and the farmers they serve, are on a first name basis.

It helps that in addition to building facilities, Marydel also has a 6,000-square-foot hardware store that caters to farmers, but even more so to the community at large, with everyday items lining the shelves.

“We’ve developed a lot of relationships in the community through the hardware side of the business,” Brubaker says.

Contractors, farmers’ apprentices and weekend warriors all stop by Marydel, which is the nearest hardware store for miles, he says.

“The customers don’t need us, we need the customers,” he says. “We can’t be here without them.” 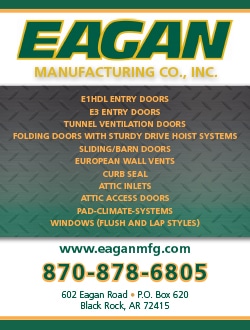 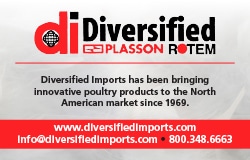