Growing up in the working-class town of Ridley Park, Pennsylvania, Vincent Petryk remembers the pain of being bullied. It started in the third grade, with kids calling him homophobic names he didn’t understand and having his schoolbooks thrown in the river.

By the time he entered high school, he would often be roughed up on his way to class.

“In many ways, I started my life as an outcast,” Petryk reflects. “But the important thing is, I didn’t let it turn me into someone I wasn’t—a bitter and frightened person.” In fact, he says those trials made him stronger, more empathetic and more understanding. At one time, he even contemplated becoming a priest, though he jokingly admits he’d have been a lousy one, due to the required celibacy.

Despite these early setbacks, Petryk found a way to create happiness for himself—and for others—by serving up something that would put a smile on people’s faces: ice cream. In doing this, he created his own “little world” for himself and his employees.

“I’ve hired many outsiders—people like me—that didn’t fit in,” Petryk says. “What happened in the process is that we provided a sanctuary of good will for thousands of employees that have served millions of customers over the past 40 years.”

After earning a degree in clinical psychology from Temple University in 1976, Petryk knew his GPA wouldn’t get him into a graduate school psychology program to become a family therapist. So, he took a job as a dishwasher next door to his apartment at a Philadelphia homemade ice cream shop. Quickly he was promoted to manager, then head ice cream maker. This piqued his interest in owning his own ice cream business.

To learn how to run an operation professionally, he joined Wendy’s in 1977 as a management trainee. Tapped to run a franchise in Boston, Petryk’s desire to own his own business only grew. He took the money he saved and struck out on his own, far away from the franchise world.

Renting the cheapest, hole-in the-wall space he could find in the Boston neighborhood of Jamaica Plain (or “J.P.,” as it’s known to locals, hence the company’s name) Petryk opened J.P. Licks in 1981. There, he found a steady supply of employees in students from the Massachusetts College of Art. Other businesses, he says, were unwilling to hire these “artistic-types,” what with their bodies covered in tattoos, piercings, and brightly dyed hair or shaved heads.

“They were nice, polite kids and hard workers. I had an endless supply of people nobody else wanted to hire,” Petryk says. “Customers came to watch the ‘freak show’ as much as for the ice cream in the beginning.”

Opening in August, he says selling ice cream in the summer was a cakewalk. His first winter was tough, though, and the seasonal drop off made it hard to pay the rent. Petryk got through it with the help of his partner, Michael Herbert, who lent him money when he ran out.

“In spite of my bad timing, we got off to a great start,” Petryk says. “Ice cream is a food that evokes pleasant childhood memories and inspires nostalgia. That’s what attracted me to the business. All we needed to do was make it to spring.”

Life as an “organic opportunist”

Well, they made it.

By all accounts, four decades later, Petryk has made it big, opening 17 stores across the city, including an 8,000-square-foot renovation of an 1890 Boston Fire House (deemed the “Mothership”). He and his team developed more than 250 flavors, including “Tabasco Sauce” and “Brownie Batter” while racking up more than 300 “Best of Awards” from the Boston Globe, the Boston Chamber of Commerce and Boston Magazine and others.

Every ingredient is the real deal.  Fresh strawberries—not artificial flavors or fillers—produce the company’s fresh strawberry ice cream. Raisins are marinated in Petryk’s favorite rum (Myers’s) for a week to make his rum raisin. Ube, a Filipino purple yam, is used as a healthy thickening ingredient in some recipes. The top-selling flavor: vanilla, of course.

“The simpler the flavor the better,” he says. “There are no shortcuts.” Given his success and proximity to nearby Cambridge, it wasn’t long before Harvard called and asked him to speak with students at the business school. He took the gig, but hardly knew what to say.

“I never took a business class, so I had to coin my own term for my philosophy of business,” Petryk says.  “I decided to call myself an ‘organic opportunist.’”

As Petryk explains, “organic” was a term fitting his company’s unstructured and unplanned growth. The “opportunist” moniker, meanwhile, pointed to the serendipitous events that helped grow the company: having the right people, location and bank to fund expansion.

Passion for the product made him a hands-on owner involved in every element of the business—from learning how to make ice cream, to designing his million-dollar shops himself.

“I eat, sleep and care about the business,” Petryk says. “But I also told our college kids that the service element—how you treat people— is just as important as the product you make.”

Swing by one of the locations—with the telltale J.P. Lick’s sign emblazoned with a smiling Holstein cow—and Petryk is easy to pick out in the crowd.

He’s the guy wearing silver nail polish, three pounds of silver bracelets, rings, and neck chains. He’s often seen wearing a Moroccan kaftan. He might get to the shop fresh after his Pilates class, an hour-long swim, or after snoozing in a tanning bed—his darkened skin in contrast to his stark white hair.

“Nobody really wanted to talk to me before,” Petryk says. “Now there’s a line of people waiting to speak with me in business settings, the flipside of being the outcast. I really enjoy it.” 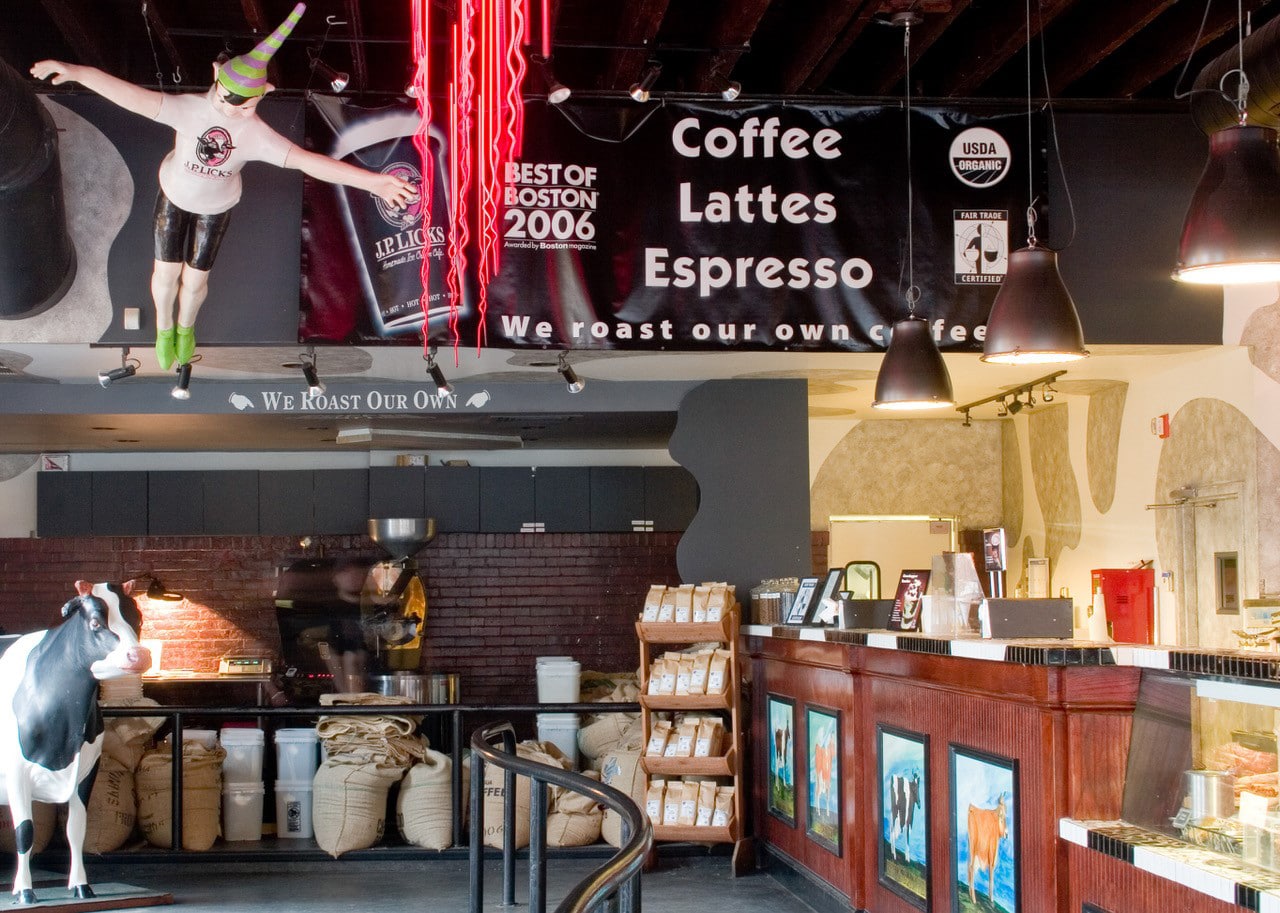 After a sobering 2020—which saw sales plummet by 74 percent due to the pandemic—business is getting back on track. His plans include developing vegan ice cream, experimenting with new flavors (he admits the Tabasco Sauce flavor is one of his favorites), designing more stores, and roasting exotic coffee beans to produce the perfect cup of joe.

“Little things in my life can change my day for the better,” Petryk says. “My work is bordering on a sacred duty to do things right. I’m so lucky I’ve found a wonderful business, one which makes most people happy—including my employees, my customers and myself.”