Going against the grain with unconventional yeast

When Chad Yakobson founded Crooked Stave, he wasn’t just trying to make good beer. He was trying to prove something.

While most brewers had spent decades removing Brettanomyces in beer, he’d spent years studying how to use the yeast species. As laid out in his master’s thesis, he concluded that when left in, Brettanomyces creates “fascinating flavors.” 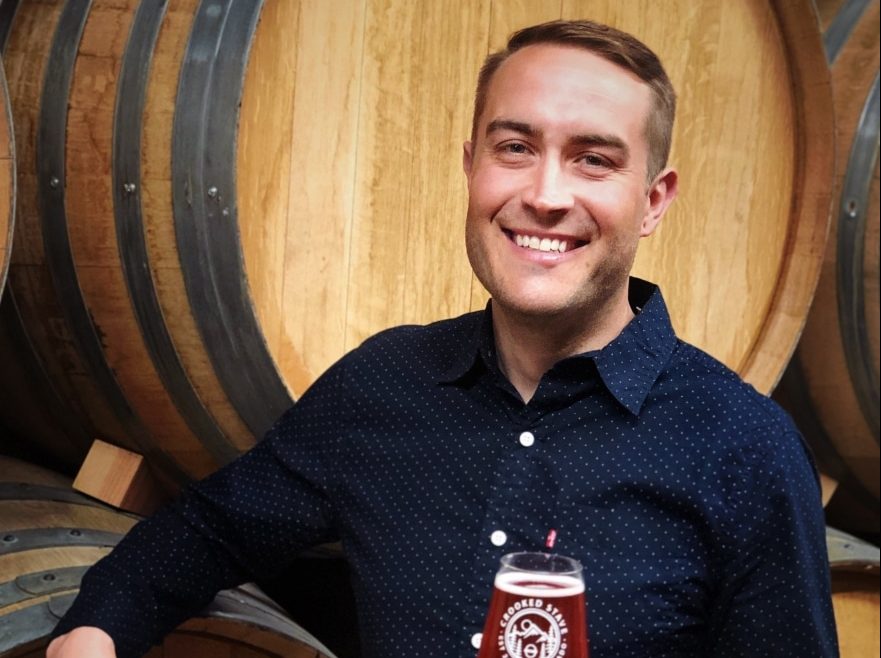 He opened Crooked Stave in Colorado in 2010. Since then, his brewery has become known for its wild, sour and barrel-aged beers. It also makes other styles, such as India pale ales, stouts, pilsners and saisons. The brewery and main taproom are in Denver, with a second taproom in Fort Collins.

In addition to using Brettanomyces in his beer, Yakobson also works with local farmers to sustainably source fruit and other unconventional ingredients.

“Success isn’t just measured by the taste of the beer and how much we sell,” he says. “It’s also based on how we do business and treat the environment.”

In working with local farmers, Yakobson gets more insight into the fruit he’s buying. For example, a peach farmer has taught him which peaches are best to use in beer—those best for eating aren’t the best for brewing, for example. He’s learned about the properties of fruit and how to store and use them to get the most flavor, as well.

Most of Crooked Stave’s beers incorporate fruit, especially the sour ones made with Brettanomyces. The yeast heightens the wild fruit flavors. 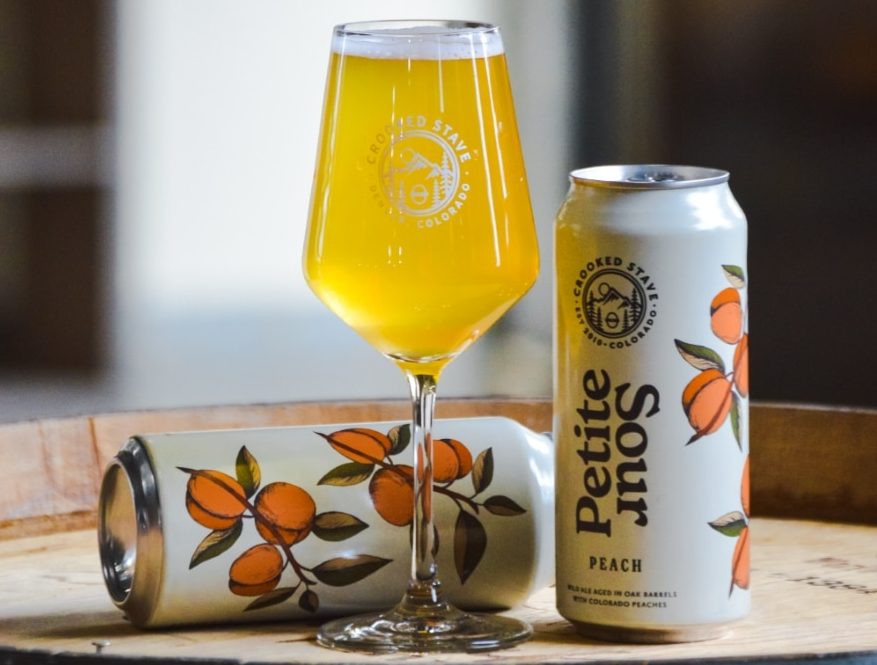 Yakobson and his wife also go to Enfield Farms—located 30 minutes from where she grew up in Washington—a few times a year to see the blueberries and raspberries used in Crooked Stave beer. He says they’ve become good friends with the farmers who run the family-owned business and that the berries are the best he’s tasted.

“That little bit of enjoyment we give to our customers through beer starts from the very beginning with where we source our ingredients,” Yakobson says.

Strong flavor also comes from the equipment he uses at Crooked Stave. The wild, sour beers are brewed in oak barrels previously used by wineries, for example. The production team scrapes off the inner layer of each barrel to get fresher oak, which Yakobson says is porous and can change the way Brettanomyces develops.

“We don’t want the oak flavor, but we do want the oak influence,” he says. “The barrels are philosophical to me in a sense because they’re almost like an ingredient.” 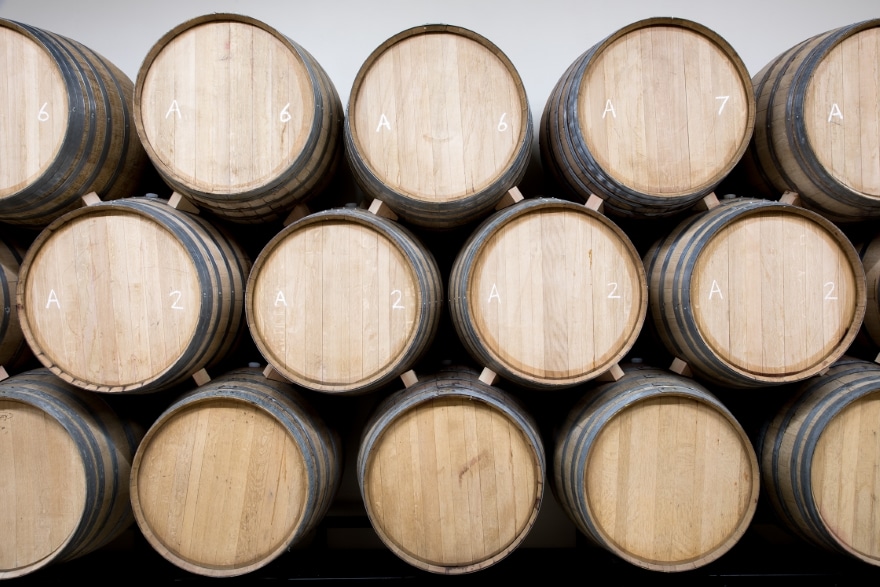 It’s also important to consider how the beers are packaged, Yakobson says. Crooked Stave has worked with Pneumatic Scale, a packaging machinery company that provides the brewery’s canning and seaming lines. The brewery has worked with the company since it started making craft canning lines five years ago and has one of the first lines it ever made. According to Yakobson, its serial number is two.

“We’ve filled millions of cans with them and use their line day in and day out,” says Yakobson, explaining that the canning line fills the cans with beer and then uses a precise mechanism to align and attach the lids. “They’ve been able to support as we scale, and we know we can rely on them as we continue to grow.”

While Yakobson loves running Crooked Stave, he didn’t plan to become a brewer. His original plan, while studying horticulture science in college, was to become a wine maker.

During a study abroad program in New Zealand, he kept going to breweries, becoming interested in the brewing process and deciding to enroll in a master’s program. At the time, the only English-speaking program was in Scotland at Heriot-Watt University. Grateful to be living abroad again, he set out to learn as much as he could while in Europe.

In a surprise to him, though, he learned that an interest in Brettanomyces was an easy way to be labeled “crazy American.” He was given a small closet to use as a fermentation lab where he ran hundreds of experiments, he says. In that small dark room, he created the wild sour beer he knew was possible. 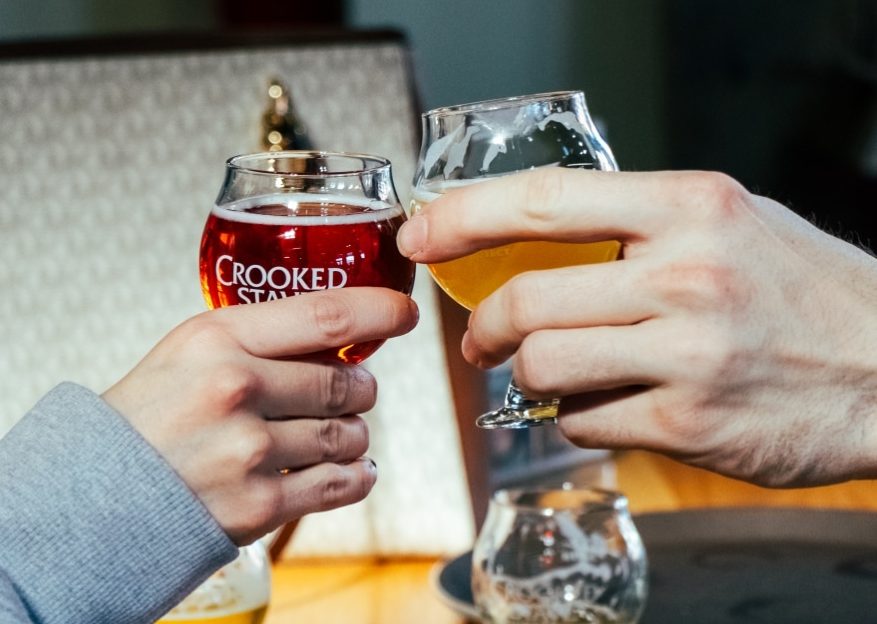 Before completing the program and his dissertation, Yakobson headed home to Colorado to get practical brewery experience, spending a year and a half at Odell Brewing Co. in Fort Collins. By the time he finished his dissertation, he was ready to open his own place and share what he’d learned.

This has meant more than sharing good beer, though. For Yakobson, much of the joy comes from teaching other brewers how to use Brettanomyces. He speaks at industry conferences and published his dissertation, “Pure Culture Fermentation Characteristics of Brettanomyces Yeast Species and Their Use in the Brewing Industry,” on an open-source website so others can read it.

Along with his wife, he’s also the founder and owner of Crooked Stave Artisans Distributing and educates his sales team on the yeast species so they can help vendors and customers understand how the beers are made.

“I love having a vision and sharing it with others so they can take part in it,” Yakobson says. “I like sharing the tradition of brewing as well as the innovation that occurs in the industry.” 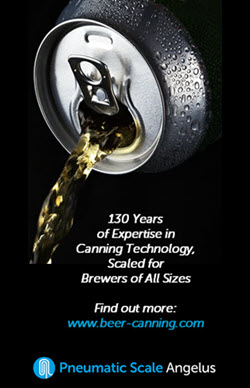