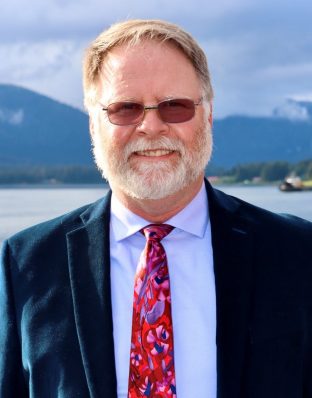 “When they said, ‘welcome to the family’ it sounded like such an honor,” Floyd recalls two years later during an interview with Terra Firma. “I felt like there was a divine hand at work.”

Such a hand coming with as much responsibility as blessing, Floyd takes seriously his role of bringing necessities and even some luxuries to this remote coastal community. Fishing’s the dominant industry here, as it’s always been, and most of the 3,100 or so locals are connected in some way to the rich salmon and crab grounds, local hatchery and cannery.

While Hammer & Wikan isn’t the only local grocer, it’s the most comprehensive entity, one that’s grown significantly since the founders initially ran the show as a dairy and expanded into dry goods. It’s long since included a commercial property operation, convenience outlet and hardware store that’s the only source for electrical and plumbing equipment along with offering commercial fishing gear, housewares and domestics. But the real stock in trade might be the commitment to go above and beyond that of the typical retailer.

“That’s what gives me the most satisfaction,” Floyd says. “Having a positive influence in the company and community.”

Access and egress to Petersburg limited to its shallow water harbor and small airport—there’s no road or railway linking the city with the rest of Alaska. Most of the goods arrive once or twice a week by barges after being sent by container ships from Seattle to the Alaskan port.

Groceries are ordered 10 days in advance, Floyd says, and the run-up to a holiday season intensifies pressure to stock the shelves. Even pre-COVID-19, Floyd ensured there was plenty of flour, bottled water, sugar, rice and paper products. Mason jars, too, are in demand by the self-sufficient locals who augment their diet with hunting, fishing and gardening.

“When the Lower 48 ran short of essential items, we didn’t,” says Floyd, who commenced running Hammer & Wikan just a few months before the pandemic. “We’ve got some really smart operators here and in Auburn. Normally when you go into a town this size, it doesn’t carry the offerings we have. And in Alaska, you can’t depend on Amazon.”

The Hammer & Wikan staff being on first-name basis with fishermen, delivery service is available to the docks. There’s also delivery to residents, and curbside pickup for online orders. 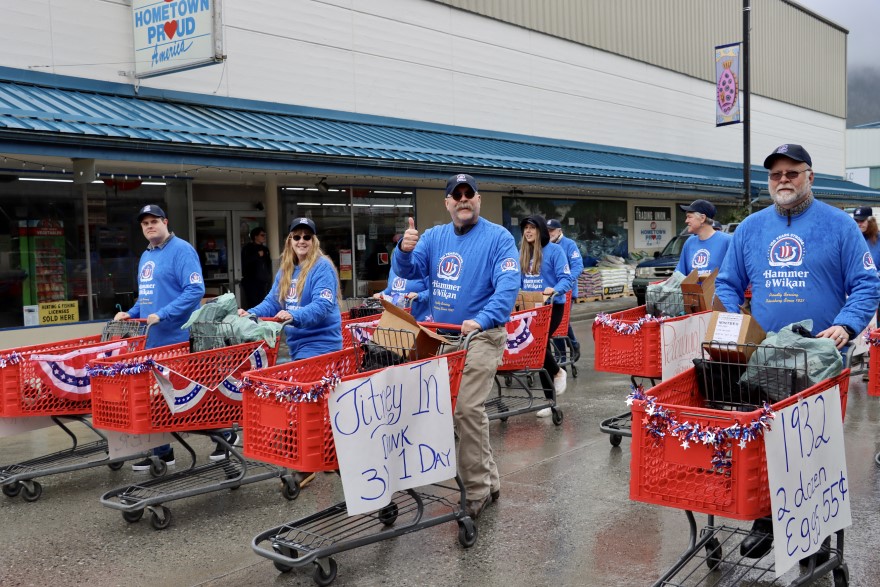 The company noted as being among Petersburg’s most desirable workplaces, which pays 100 percent benefits to the 70 or so hired hands and encourages their participation in events that have for so long shaped local character.

May being a welcome month in Alaska, there’s the annual Little Norway Festival. During the last one, Hammer & Wikan unveiled a centennial mural on the hardware store’s exterior and sponsored a concert in the parking lot. While Floyd says the May festivities are joyous, he believes that celebrations from Thanksgiving to New Year’s more accurately depict Petersburg, this being when out-of-towners are few and far between.

And celebrate these hardy locals do, the downtown closing on Black Friday evening with Floyd, in one of his many extracurricular roles, playing Santa Claus. Then during Christmas week there’s Julebukking, a Norwegian tradition that Floyd says combines the best of Christmas and Halloween. Merchants host parties for customers, with Hammer & Wikan pulling out all stops with banquet tables laden with free Norwegian delicacies.

“It’s our way of thanking the town for supporting our business,” he says.

It’s also an event unique to Petersburg, one Floyd never enjoyed in his previous retail roles. But, as he reminds, there’s something special about Alaska.

Prior to Hammer & Wikan, Floyd and his wife had taken a liking to the biggest state in the union. They lived in Juneau from 2015 to 2017 during his 18-year-plus run at the grocery chain Fred Meyer, which is part of Kroger. Most of those years were spent in Portland, Oregon, though, Floyd serving there from 2001 to 2014 and returning in 2017. Two years later he was among 1,600 employees to be downsized and through networking learned of another opportunity in Petersburg.

“How my wife and I missed Southeast Alaska,” he says. “We never wanted to leave it for the lower 48, and how thrilled we were when I met with the Hammer & Wikan board.” 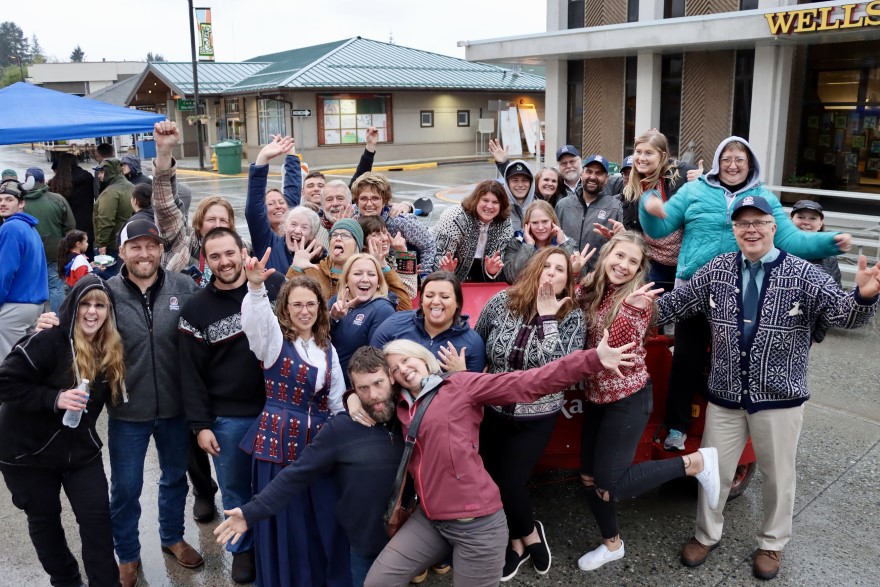 That meeting was held in Seattle, and the Floyds and a granddaughter were soon on a plane for Petersburg. Floyd sure took quickly to the civic scene, becoming Chamber of Commerce president and active with the Rotary Club, Petersburg Borough Planning Commission, Salvation Army, Moose Club, Elks Club, Sons of Norway and soon the Coast Guard Auxiliary. An outdoors person, he enjoys logging, fishing and crabbing and hopes to start hunting.

And he’s come a long way from upstate New York, where he was raised, and California State University-Sacramento, where he studied accounting and business management. While Portland had its attributes, Petersburg is home.

“We’re happy to be in a quieter community,” he says. “It’s clean and friendly and the schools are good. I don’t miss the malls and it’s a great place to raise a family. Coming here is almost like going back to upstate New York. Fewer farms here but it’s not as cold.” 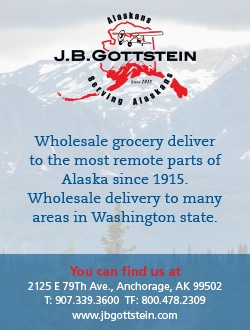