Over 40 years’ of expertise in the Kentucky pork market

Founded in 1968 by Jimmy Tosh, Tosh Farms LLC has built a reputation as a leading producer of pork products and grain over the last 40-plus years. Located in Henry, Tennessee, Tosh Farms sources pork from an extensive network that includes 75 contract growers and 300 barns across Kentucky and Tennessee.

Tosh Farms operates 9 sow farms where sows are bred, give birth to and nurse their piglets. Once the piglets reach weaning age they are transferred to one of Tosh’s 70 wean-to-finish sites where they are supplied with a nutrient-rich diet to get them up to market weight.

Innovation is at the core of Tosh Farms’ approach to the industry. As one of the company’s six core values, innovation helps set the company apart from its competitors while improving outcomes for all involved.

Farming is a proud tradition among the Tosh family that stretches back over 100 years.

Farming is a proud tradition among the Tosh family that stretches back over 100 years when Jimmy’s grandparents A.L. and Ida Tosh settled in Tennessee in 1913. Jimmy’s father J.G. Tosh carried the tradition into the next generation, farming 123 acres of land, building a feed mill, grain station and raising dairy cattle.

In 1970 Jimmy purchased his first sows and built a pig barn on the same site where Tosh Farms is located to this day. He graduated from University of Tennessee at Martin in 1972 and returned to Henry where he took over the family business, buying out his brother’s shares and expanding his holdings to some 315 acres. He added another 1000 acres or row crop in 1978 after buying out a neighbor and continued to expand the businesses’ farming and feeder pig operations into the ‘80s.

Today, Tosh Farms employs a contracting model for hog farming that helps to limit risk for owners while delivering a more consistent income to the contract partners. The model has been a popular alternative since the late 1990s when farmers began to turn away from the industry due to high production costs and a flagging market. With an emphasis on vertical integration, Tosh is able to process a large number of pigs while reducing capital needs. 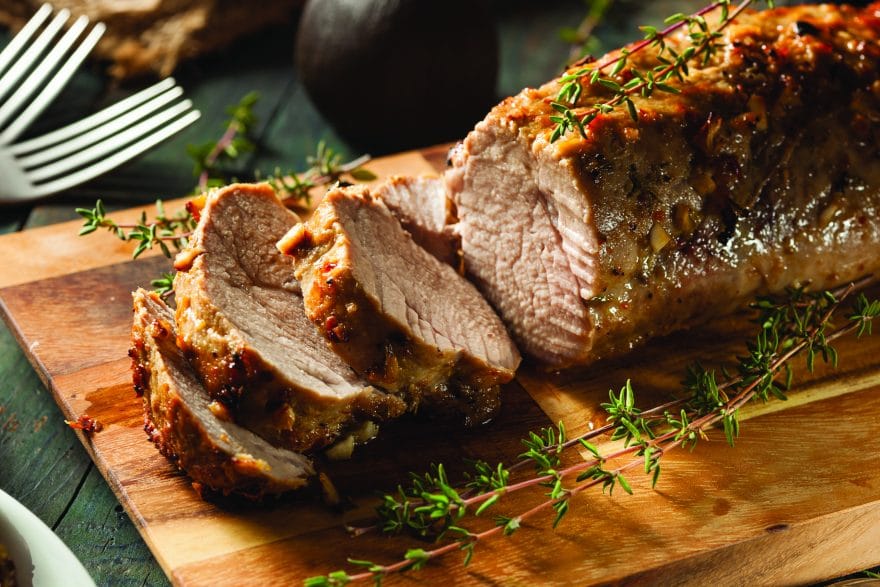 Tosh relies on the use of time-tested genetics to maximize the feed efficiency and productivity of its herds. Partnering with the Pig Improvement Company, (PIC), Tosh Farms’ herd of PIC boars semen sires all pigs produced by the farm, ensuring a consistent product.

Sowing the seeds of the future

Tosh Farms has steadily increased its employee base over the last five years as the company continues to grow. The company now employs some 320 workers and enjoys very low annual turnover thanks to positive company culture that places and emphasis on professionalism, commitment and compassion. “We have a pretty stable workforce and plenty of applicants to choose from,” says Tosh.

While last year’s turnover was as high as 14 percent, Tosh said many of the employees who left were part of the Tosh’s trucking division, which is having an increasingly difficult time competing with the high wages offered by long-haul trucking companies.

“There aren’t many occupations where you can make as much money as they make with the education they’ve got, but all our drivers are back home most every night, which is a real attraction,” he says.

In the immediate future, Tosh is looking to add some 7,500 sows and replace a grain bin that recently collapsed, causing $5 million in damage. Tosh Farms does all its own construction, helping to reduce building costs and keep the enterprise lean.

As a member of the of panel of like size producers, Tosh meets with industry peers twice a year to compare performance metrics, trade tips and review recent industry publications. This not only allows Tosh to track his company’s success in relation to that of his peers, but provides a valuable forum for discussion and planning.

With a strong reputation amongst farmers and a vertically integrated company structure that includes an in-house trucking division, Tosh Farms LLC will remain a major player in the Kentucky and Tennessee pork markets.