It began as a summer job for Benjy Adler. With some help from his brother, Jonny, he cobbled together a cart from old floorboards gleaned from their parents and mounted it on a sailboat trailer. The Skinny Pancake sold its first crepe at the Church Street Marketplace in Burlington, Vermont, on June 4, 2003.

A couple years later, in 2005, Benjy converted a school bus into a vegetable oil-powered food truck that sold crepes at festivals around New England and upstate New York. 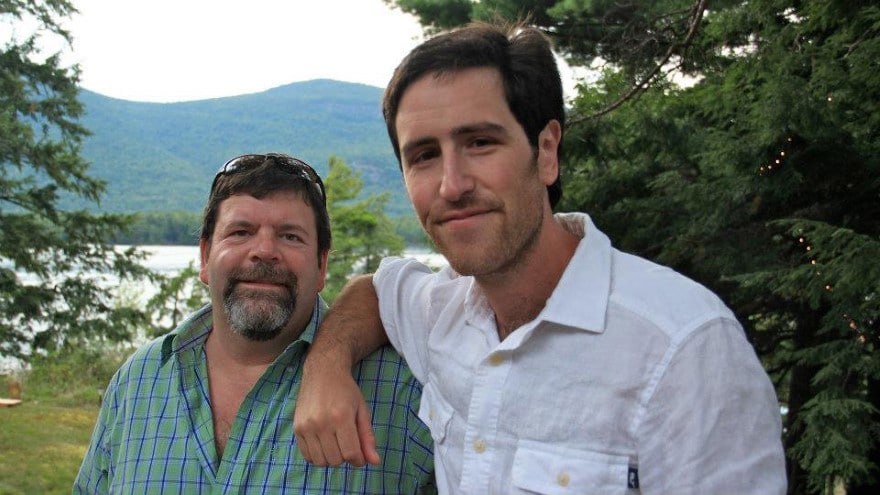 As he looked to replace the bus with a kitchen facility, Benjy Adler realized he could also support the Burlington area with a restaurant and cultural venue. It opened in 2007, and as he chatted with Terra Firma in October, he was preparing to open the 10th The Skinny Pancake, in Albany, New York.

The company has also become a vehicle for social change that feeds people in need and promotes locally sourced food. As part of the 1% for the Planet program, 1 percent of The Skinny Pancake’s earnings are donated to environmental nonprofits, Adler says.

“Because we’re a low margin business, we can’t donate much,” Adler says. “If you want to leverage a business to improve the world around you, the most powerful thing is its spending power.”

Though Vermont leads the U.S. in local food production and consumption, just 7 percent of the state’s food is locally sourced. That’s according to a documentary called “Local Motive” which aired on Vermont PBS in 2017 in collaboration with Jaime Williams/Von Dier Video Production.

The Skinny Pancake wrote, directed and produced the documentary, and Adler says it shows just how complex the local food movement is. He cites six components to the food system—production, processing, distribution, institutional consumption, consumer consumption and waste.

To source food locally, Adler says The Skinny Pancake typically works with mid-sized farmers who have 10 or more acres to ensure a consistent supply. Each winter, The Skinny Pancake staff forecasts its food needs and contracts with local farmers to source them. Blueberries, for example, are bought each summer are sometimes frozen for use throughout the winter. 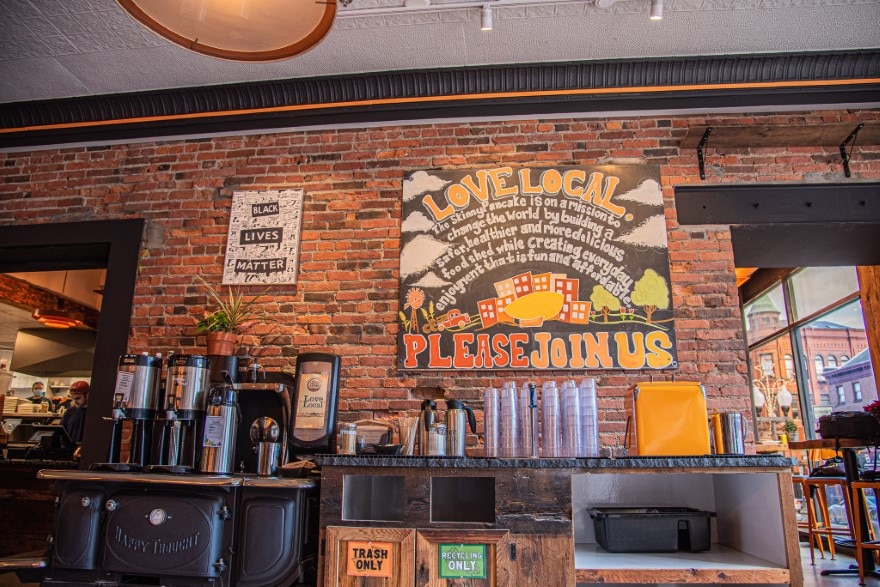 Year-round operations can be crucial, too. For instance, the basil needed for The Skinny Pancake’s pesto is grown by a local organic farmer whose greenhouse covers an acre. The basil is also packaged sustainably, Adler says.

Bananas used in crepes and desserts aren’t grown in Vermont, but at the peak of the harvesting season in the fall, about 75 percent of The Skinny Pancake’s sourcing is from local farmers and producers. And the bananas are fair-trade and organic.

“When we can’t buy local, we still look to source in sustainable, ethical ways,” Adler says. “We maximize our local food purchase not by buying 100 percent local but by keeping the price point down and the food selection accessible. We also work with broadline distributors to help encourage them to source locally and sustainably and simply because broadline distribution is a necessary part of our food system.”

For instance, in 2020, after the COVID-19 pandemic added stress to employees, the company began working with Burlington-based Invest EAP, a nonprofit offering employee assistance programs. Those include financial advisory services, wellness workshops and counseling in areas including substance use and mental health. Those perks are in addition to benefits like farm shares that give employees access to local produce and meat.

The Skinny Pancake also helped feed its communities during the pandemic. When restaurants were closed, the company began giving away the food it had stored, producing more than 21,000 meals though its ShiftMeals program. The food was distributed through community centers and partners with the Vermont Foodbank.

This work, alone with similar efforts, became the basis for the state of Vermont to provide food and meals through its Everyone Eats initiative, funded with $5 million in federal CARES Act funding. 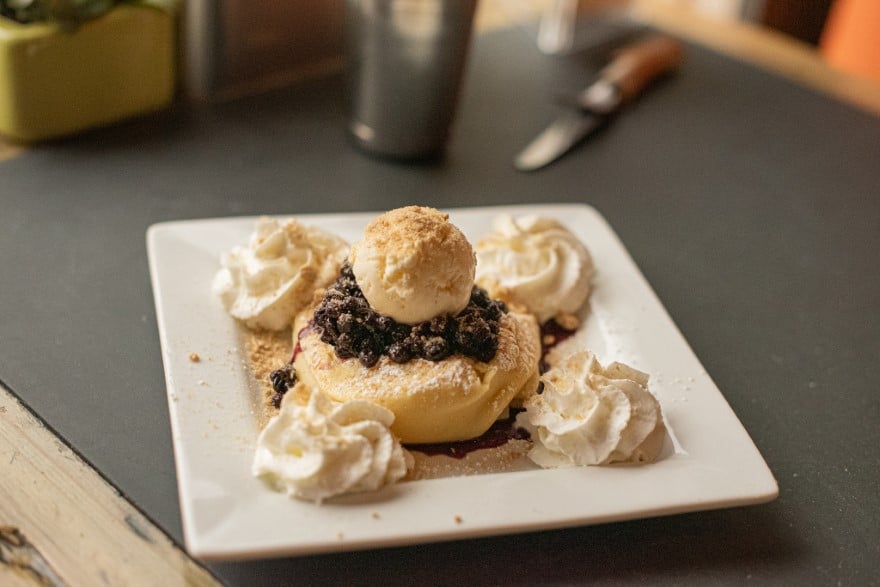 Once the plan was in place, The Skinny Pancake worked with the state and about 150 farms and restaurants to distribute 1.1 million meals in 13 locations around Vermont. ShiftMeals is also fostering community gardening with its GrowTeams initiative—volunteers farming a shared piece of land instead of individual plots.

“The result is a remarkable amount of social cohesion and far better crop diversity and yield when compared to conventional individual garden plots,” Adler says.

A Connecticut native, Adler came to the Green Mountain State to study music at Middlebury College. He earned a bachelor’s degree in 2003—the food cart was a summer job before his final semester.

With 200 employees who’ve learned culinary and life skills and sometimes gotten married, Adler can reflect on some impacts The Skinny Pancake has made. But there’s more to grow and do to enable the local food movement to take hold beyond the restaurants, too.

“The biggest challenge now is scale,” he says. “Passion from a determined individual or group of is a key catalyst to create positive impact and change. But you need a critical mass of labor and time to get there and ride the wave.” 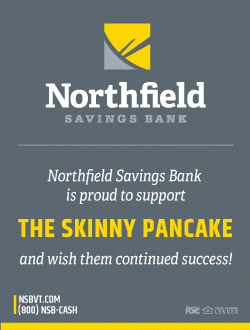