When someone drinks a glass of milk or splashes cream into their morning coffee, they typically don’t give too much thought to where the staple came from.

But even if they do, they probably could use a lesson from Doug Thompson. As the general manager of Dairy Farmers of Prince Edward Island, he’s intimately familiar with the many steps in getting milk to market. Plus, he grew up in dairy country. 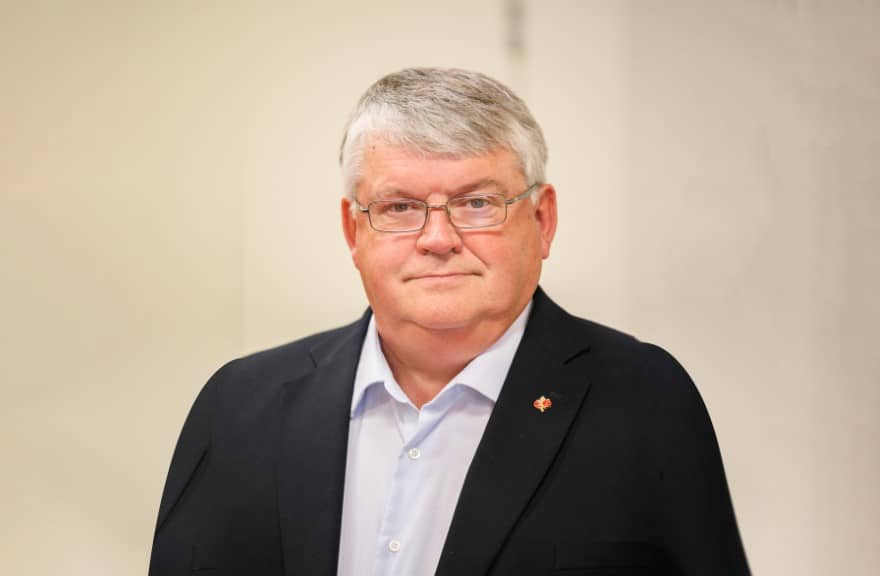 Dairy Farmers of PEI is the marketing organization for the 156 dairy farms in the smallest Canadian province. It regulates and administers the industr y by adhering to provincial and national policies. For example, the organization ensures its members use up-to-date equipment to meet all quality standards and policies for safe human consumption.

“I represent the interests of the farmers, and I’m a liaison between the industry in PEI and the Government of Canada’s Canadian Dairy Commission, other national entities and the nine other provincial dairy organizations,” he says. “I’m an interpreter of regulations and I advise the province’s representatives to ensure smooth operations of the industry.”

Recently, that’s included monitoring changes to the United States-Mexico-Canada Agreement, a free trade agreement between the three countries that was revised in July 2020 to open markets and make trade fairer.

The revision allows for an increase in duty free products coming into Canada. While overall that’s benefited the industry, it has contributed to a surplus of skim milk, Thompson says.

Likewise, he says updates to the EU-Canada Comprehensive Economic and Trade Agreement with the EU and the Comprehensive and Progressive Trans-Pacific Partnership have helped the industry grow because they lower export costs and open new markets. 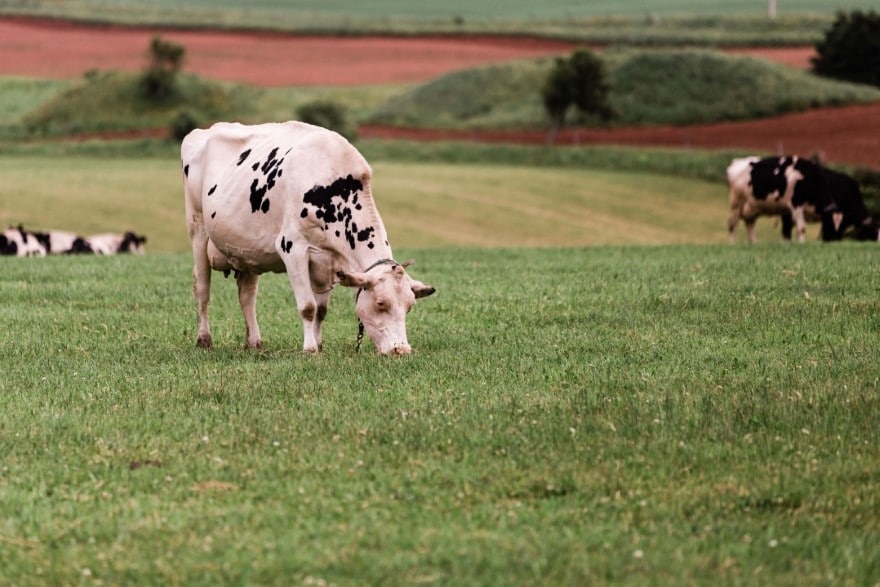 When policies are updated or revised, Thompson helps ensure the interests of PEI farmers are protected. For example, he’s on the Canadian Milk Supply Management Committee, which is the governing body over the National Milk Marketing Plan. As one of the provincial representatives for PEI, he helps ensure the rules work for PEI farmers and processors. This is especially important as most PEI farms are smaller than those in other provinces, he notes.

“Policy work can be extremely challenging, but it’s rewarding because I know it helps PEI’s farmers,” Thompson says. “I always come back to the farmers and what’s best for them.”

In addition to policy work, Dairy Farmers of PEI works with the province’s milk testing labs to ensure they use up to date technology and systems needed to guarantee farms produce quality milk.

Dairy Farmers of PEI recently replaced its IT management system that coordinates and tracks bulk milk pickup. Now, Thompson is working with other staff to replace the main data management system, which is over 20 years old. While it still works, it doesn’t have the capabilities the organization needs going forward. 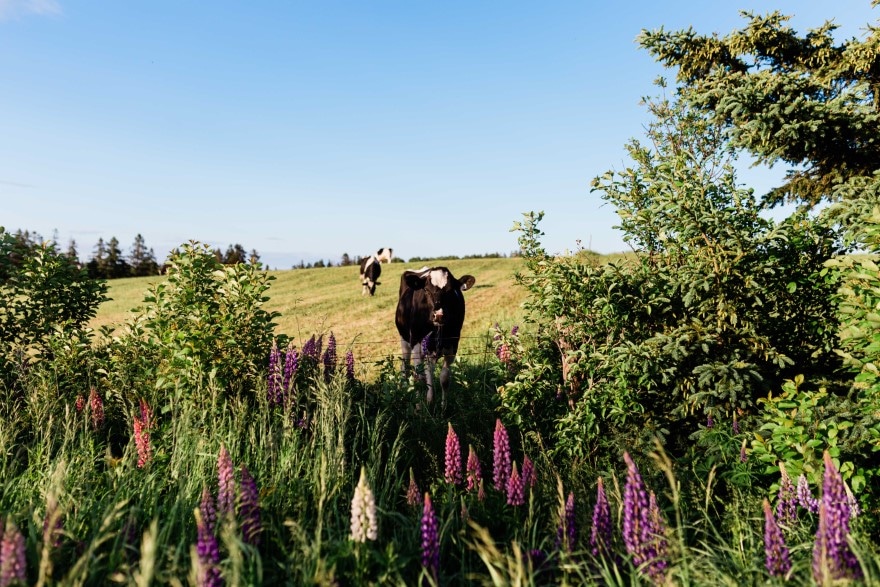 “We need that new dynamism to continue meeting the needs of the future,” Thompson says. “It’ll be a big project, but it’ll really benefit our entire organization and our members.”

His goal is to have a more robust and automated system that members can use to get information and resources. Also, updating it will bring the organization into compliance with the expected evolution in the industry’s national information systems. Because the system needs to be fully customized and compatible with the organization’s other systems, Thompson expects it to take up to two years to develop and implement. He’s planning for development to start in early 2022.

When Thompson was hired by Dairy Farmers of PEI in 2002, he’d never worked in the dairy industry before. He was, however, very familiar with it.

He didn’t grow up on a dairy farm, but his community was full of them. He lived in a rural agricultural area of the province and had uncles with dairy farms. While Thompson could have gone into the industry earlier, he first worked in sales, banking, business administration and as a community college professor. 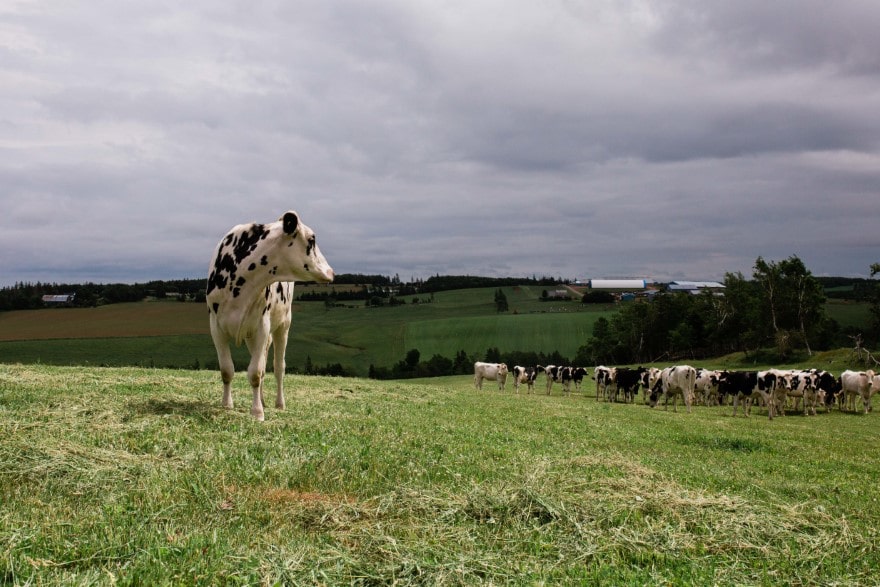 “The diversity of my background made me a good fit for this role,” Thompson says. “I’m a general manager of a small organization, so I have to be a jack of all trades to some degree.”

He says his favorite part of the job is when he gets to work directly with farmers. He says it’s fulfilling knowing the organization is working to keep the dairy industry in Canada and in PEI viable.

“What I enjoy most about working here is that we help independent farmers maintain their livelihoods and produce milk of the highest quality,” Thompson says. “Dairy farming requires collaboration and teamwork and I like that I get to play a part in that.” 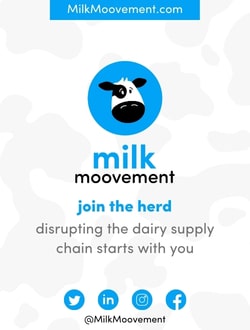