Not all milk is created equal. From skim to 1 percent to whole, each blend carries its own unique amalgam of nutritional properties. As people increasingly demand that their food and drink offer added nutrition and superior traceability, the market for such products has exploded.

Chicago-based fairlife LLC is one such company trying to capitalize on this trend with its line of value-added dairy products. fairlife’s products rely on an innovative filtration system to create dairy–based beverages custom blended to deliver higher levels of protein and calcium while cutting back on sugar and lactose. 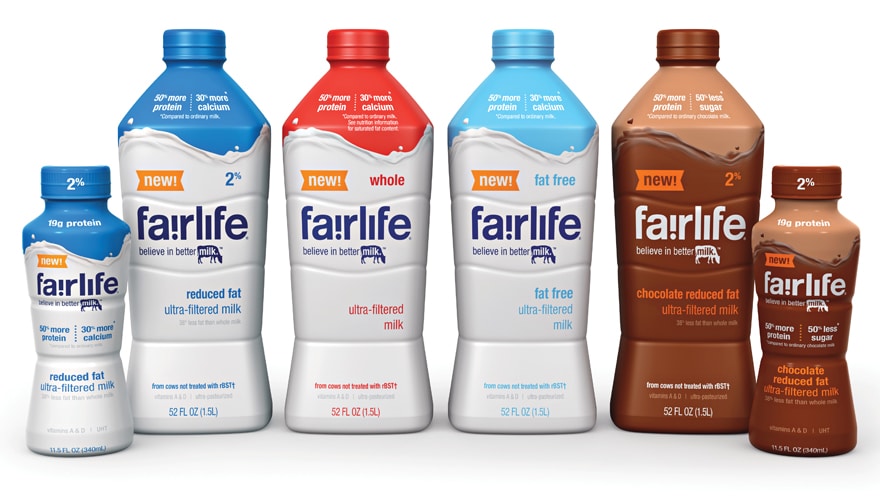 “I look at conventional milk as the original superfood and one of the best sources of nutrition already out there,” says Steve Jones, CEO of fairlife. “We’re not trying to reinvent the gallon jug of milk or steal share from the milk industry; we’re engaging with people following a healthy lifestyle who are looking for more protein or calcium.”

Employing over 200 people across the country, fairlife has enjoyed a meteoric rise in the last five years owing in part to its 2012 decision to enter into a partnership with global beverage giant Coca-Cola. fairlife products are now distributed coast-to-coast by the Coca-Cola Co. with eyes on expansion thanks to the company’s extensive distribution network and marketing expertise.

While the fairlife brand and the company share a name, it was the company’s Core Power products that were actually the first to hit the market. This high-protein milkshake was designed for fitness enthusiasts and boasts 26 grams of protein in each bottle. The beverage comes in flavors including chocolate, vanilla and banana, as well as a lighter 20- gram variety that comes in strawberry-banana and chocolate.

The company recently launched another value-added dairy product aimed at a younger audience under the YUP! brand. “YUP! is more for the teenager or young adult who is looking for that great-tasting refreshment that chocolate milk offers,” says Jones. “But we give it to them with less sugar than the other brands on the market.” The YUP! line of products is lactose-free, ultra-filtered, has 25 percent less sugar than typical milk and is available in chocolate, strawberry and vanilla.

From farm vet to milk vat

As a veterinarian in Southern California specializing in the health, comfort and productivity of dairy cows, Mike McCloskey knew his way around a glass of milk. Eager to put that knowledge into practice, McCloskey and his wife Sue started a 300-cow dairy farm that soon grew to 1,200 heads of cattle.

“Eventually we realized that we enjoyed dairy farming more than veterinary work, so we sold our practice and dairy in California and moved to New Mexico where we built a 5,000-cow dairy farm,” McCloskey says.

On the new farm, the McCloskeys were able to integrate the best operating procedures, safety and productivity techniques they had learned during their long veterinary career. “It was a formative time for us to fine-tune everything about dairy farming,” says McCloskey.

But after taking so much care to produce the highest-quality product possible, the McCloskeys were dismayed that the same attention to detail was not being extended all the way down the distribution chain.

“We had no way to follow it after it was sold through the co-op that we were members of at the time. When I started to look at that co-op, I realized the same values were not there,” he says.

Eager to implement his own high farm-to-table standards, McCloskey started the Select Milk Producers (SMP) Cooperative in 1994. “The concept was having extremely high-quality milk from farms implementing the highest quality of care for their animals and then finding someone who could take that to families everywhere,” McCloskey says.

SMP held its farmers to a higher standard from day one, by implementing co-op-wide safety and quality assurance practices, such as requiring members to chill their milk to 34 degrees immediately after it leaves the cow, keeping the product fresher for longer. While this allowed SMP to ensure a consistently high-quality product and grow into the nation’s sixth-largest dairy cooperative, it was a collapsed well that spurred the growth of fairlife.

“The farm had some great water, but then one of Mike’s wells collapsed. He found another source of water, but the cows didn’t like it because it was too full of minerals,” says Jones. It was when McCloskey brought a team of engineers to the farm to install a new filtration system that inspiration struck. 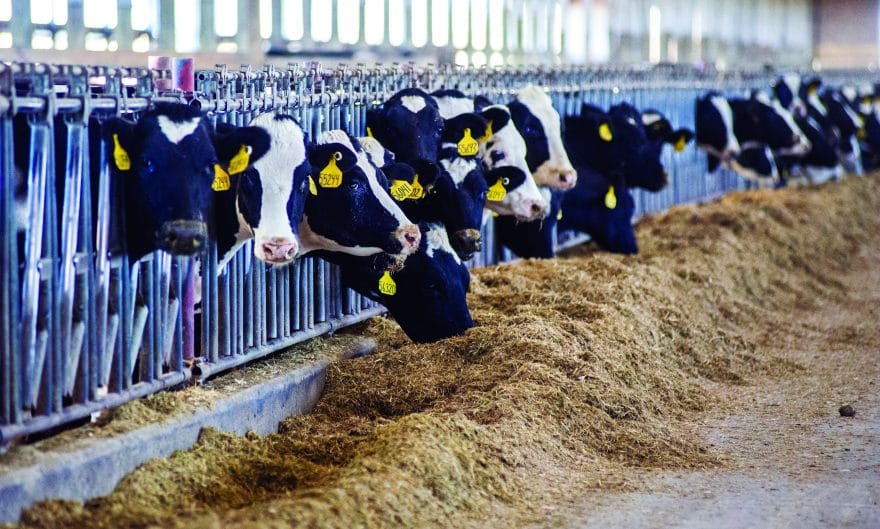 “He saw that the filter was blocking minerals and only letting pure water through and thought ‘why can’t I do the same thing with milk?’” says Jones.

McCloskey got to tinkering and soon perfected a filtration system that allowed the dairy to separate milk into its distinct parts and recombine them in any blend they desired. This discovery allowed fairlife to separate the five components of milk without denaturing its inherent nutritional value, enabling the company to customize blends that offer higher levels of protein and calcium while limiting or eliminating sugar and lactose from the final product.

fairlife’s filtration technology dovetailed with an increasing consumer focus on the nutritional value and traceability of food and beverage products.

The advent of fairlife’s filtration technology dovetailed with an increasing consumer focus on the nutritional value and traceability of food and beverage products. ”It’s great timing because they had everything lined up and along comes the trend toward healthier, more wellness-oriented diets and the need for more protein; everything just clicked,” Jones says.

After spending the next decade perfecting his proprietary membrane filtration technology in New Mexico, SMP launched fairlife in 2011. While SMP still uses the New Mexico plant to filter a portion of its output, the company’s state-of-the-art plant in Coopersville, Michigan, now handles a majority of the dairy processing duties with three high-capacity lines now up and running.

Growing with the help of an industry leader

While the fairlife team was confident that it was bringing a superior dairy product to the market, it can be difficult to change consumer perception around a product as firmly ingrained in the culture as milk.

“How do you establish a need within a category that is already satisfying? There is a lot of advertising behind milk but little marketing and innovation, so you don’t tend to reconsider your needs; that was challenging,” says Jones.

Expanding fairlife into a national brand meant getting retailers to give precious shelf space to an unproven industry upstart. So in 2012 the company teamed up with one of the world’s largest beverage producers and marketing experts to take Fairlife to the next level.

“We have a partnership with Coca-Cola that is really going to change the industry as milk marketing becomes more contemporary and more people-centric rather than product-centric,” says Jones. fairlife’s partnership with Coca-Cola allows the company to leverage the distribution network, marketing prowess and sales force of the global beverage giant.

“We agreed to go forward with Coca-Cola because of their capabilities and their appreciation for the R&D we had done,” says Jones.

The partnership with Coca-Cola has allowed fairlife to achieve unprecedented market penetration in a short span of time; after less than five years, fairlife can be found at 80 percent of supermarkets nationwide. “You don’t do that without a great company like Coca-Cola that has such great relationships with retailers,” says McCloskey.

“Teaming our small, driven, entrepreneurial company with a great company like Coca- Cola is just a dream come true and we’re really just getting started,” he says.

Jones’ own professional background includes a stint at Coca-Cola, where he honed his beverage industry skillset as chief marketing officer. Jones left Coca-Cola in 2003 and met the McCloskeys in 2010 after spending seven years as a consultant and investor. “I was in the mode of looking for innovative new companies, and we clicked right away,” he says.

Leveraging years of experience with one of the largest beverage companies in the world, Jones was vital in helping fairlife take a great idea and translate it into a winning product. “At first I was just giving advice from the sidelines, but then we got together and decided to do it for real,” Jones says.

As fairlife continues to grow, Jones hopes that the market is ready for the sort of innovations that the company is bringing to the industry. “We have a strong belief that people want this value-added product, but that’s a risky proposition until you’ve proved it,” Jones says. The company is encouraged by the results from early test markets.

“Sales continue to grow but we’re still in that risky phase when we’re trying to make something happen that doesn’t have much history behind it,” he says.

An experienced marketing professional, Jones is bullish about fairlife’s prospects in the industry. “My focus will be on scaling the business perfectly and profitably and constantly understanding the needs of our audiences so we can satisfy them. That will keep us busy for the next few years,” Jones says.

While fairlife will likely be making all the headlines in the near future, McCloskey has not taken his attention off growing the SMP side of the business as well. The company recently opened up a dairy powder plant in the Southwest and is adding cheese-making capabilities to its Indiana plant. “Milk will always be our core, but we are very focused on line extension and bringing in more excitement to existing lines,” he says.

The next generation of fairlife products is slowly making its way down the development pipeline, but for now, McCloskey is content to keep the focus on the fairlife, YUP! and Core Power products.