The Pinnacle of the pecking order

In other words, most eggs have origins that can be traced back to businesses like Pinnacle Premix—a company that provides nutrient systems for numerous types and species of livestock, and one that  Travis Taylor has served as general manager since its founding in 2014.

Although the average person is still fairly unaware of the premix industry and what it does, Taylor says, there has been a noticeable uptick of highly engaged customers in recent years. 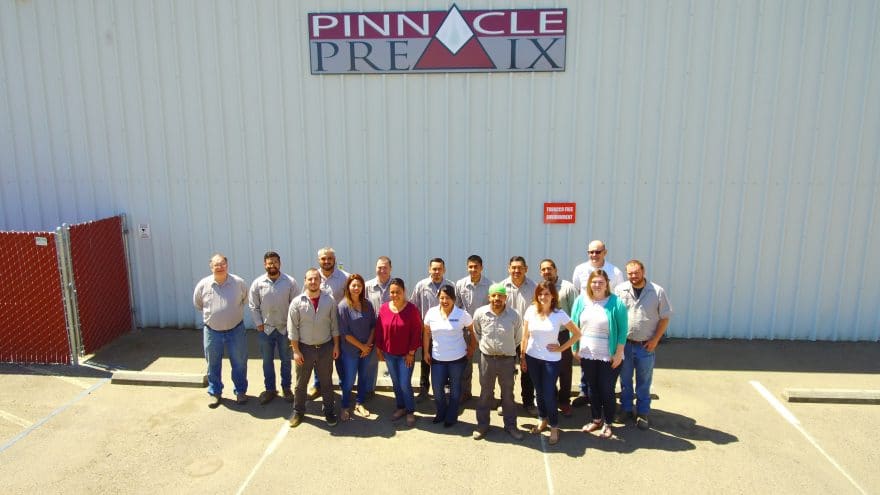 “It has been interesting to see how our industry has reacted to the consumer demand for organic, non-GMO and cage-free products,” he says, brushing off the extra work the demand entails. “It’s simply about more product options for our customers and being able to guarantee we do what they want and can help them succeed.”

To Pinnacle, it’s not just about doing your part and shipping the product off to the next guy. After all, in addition to meeting the strict requirements of food safety auditors, nutritionists and veterinarians, the company also needs to keep in mind the eventual consumers of eggs and meat—a point Taylor constantly stresses to his entire team.

For example, if the premix Pinnacle makes for a particular integrator ends up supplying the folks producing 70 percent of the eggs in Southern California, then the effects can be felt both far away and close to home.

“You might have family down there,” Taylor says to his workers, “so we have to make sure all the eggs are laid properly and there are no contaminants.”

The public has become increasingly attentive to food safety, which has led numerous retailers—especially big-box-type stores—to increase their own requirements.

“Several years ago, there was a study of recalls in the feed and pet food business,” Taylor explains. “It found that 80 percent of the recalls that occurred, happened through companies in our segment of the industry. So, we’re hyper-focused on the food safety risk and how that affects our customers when they choose to buy premix from us.”

Rise to the top

Although the Texas-born Taylor has a thick drawl that makes him sound like he’s spent more than a few days on a farm, Pinnacle Premix is actually located in Visalia, California—a small city situated roughly halfway along the 400-mile drive that separates San Francisco and Los Angeles.

“The market was hungry for another player and the timing was good,” Taylor says, noting that the company had order requests stacking up before the first facility was even complete. “Since then, we’ve experienced steady business growth month after month.”

Pinnacle has also carved out a unique and desirable niche. 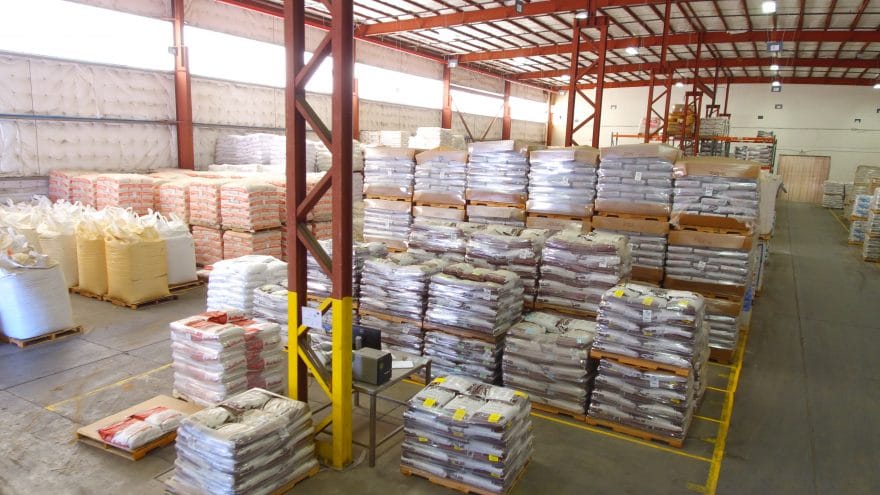 For instance, in October 2016, the company received an SQF Level 2 food safety certificate—which, according to the SQF Institute’s website, is recognized by retailers and food service providers around the world who require a rigorous, credible food safety management system.

As of now, Pinnacle’s Visalia facility is one of only two premix facilities in the United States that has that certification, Taylor says.

In the past, premix and other companies in the same industry could survive off of reputation alone, he reflects, but those days are gone, and now the proof is in the pudding.

“You have to prove you’re doing a good job through documentation,” Taylor adds. “Our success comes down to integrity, honesty and traceability. We can show that we’re doing it right and we’re doing it safely.”

With financial growth comes physical growth—and we’re not just talking about fattening up the livestock. Pinnacle has invested in a new, top-of-the-line production facility in Visalia, where it can guard against mishaps like cross contamination and ensure smooth, safe and secure production.

“Everything we do is enclosed and takes places in what is basically a giant warehouse, with absolutely no exposure from the outside environment,” Taylor says, noting that this is unique for many premix plants in the United States, and Pinnacle is the only one on the West Coast that meets these criteria. 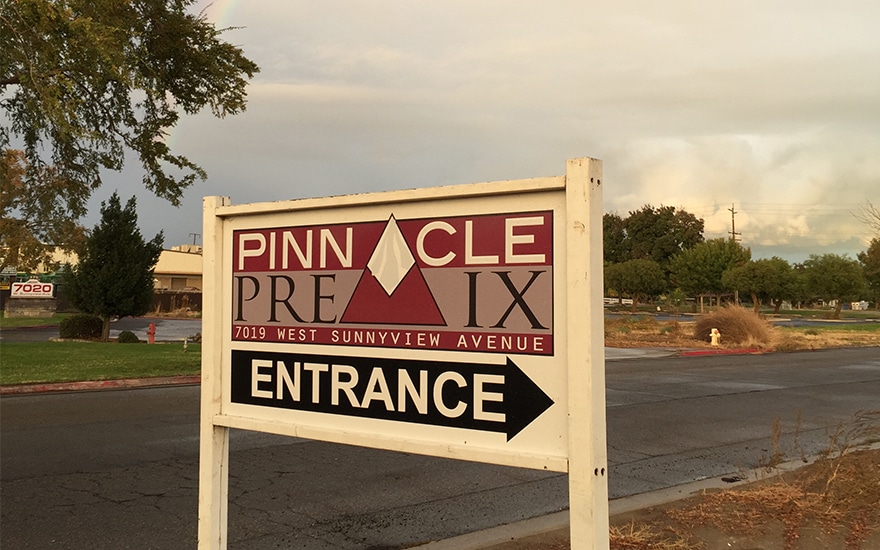 The new plant has already led to a major reduction in the amount of work it takes to produce the premix, which sets Pinnacle up for even more growth in the future.

“We’re still aggressively growing the company and entering into the marketplace and earning market share where we can,” Taylor says.

In fact, one of Terra Firma’s conversations with the GM took place when he was out on the road, personally meeting with “a few folks we do business with” while trying to drum up a little more work.

Although Taylor was talking about the actual production of the premix when he said this next line, his one-step-at-a-time philosophy could easily refer to the company’s outlook as a whole and its future in the industry:

“We just take it batch by batch,” he says. 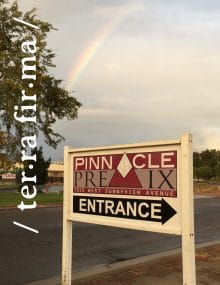 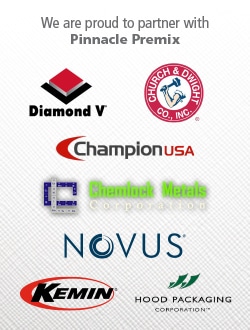