A friend to the hobby farmer

The proof is in the photo, Ron Seitz tells Terra Firma in January. Control, a much-loved thoroughbred in Frazeysburg, Ohio, was losing weight and going wobbly despite his owner, Pat Bringardner-Lang, sparing no expense and effort to keep him healthy after his racing days ended.

So in early 2017 Bringardner-Lang paid a visit to Hanby Farms Inc. in nearby Nashport, where Seitz, the long-time feed plant manager, explained that all animals gain weight front to back, bottom to top. Control didn’t lose all those pounds at once and neither would he gain them back right away, Seitz went on to say. 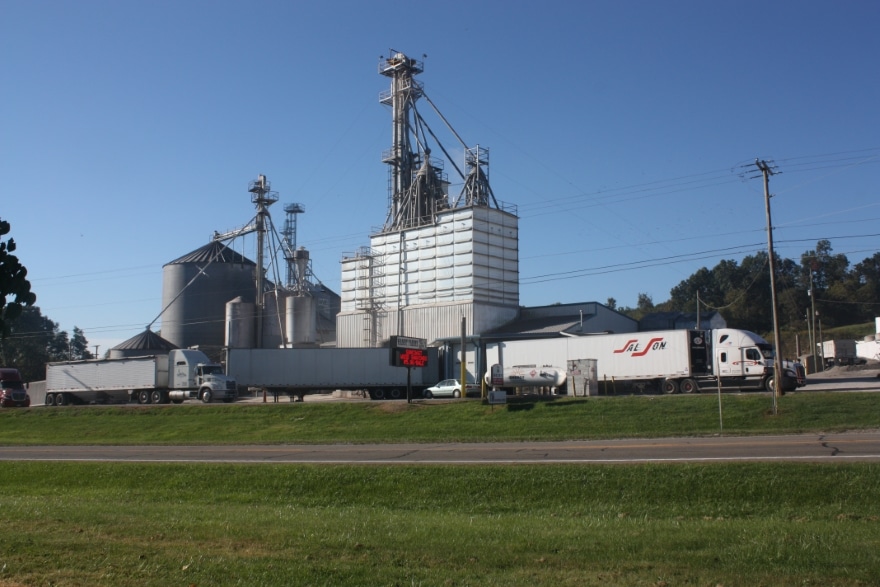 He advised the new customer to start the horse slowly with soaked alfalfa pellets and add one of Hanby’s proprietary Performance Feed brands, Quiet Power, along with Fastrack Probiotic Pack—the former high in fat but low in protein and sugar, the latter rich in the right bacteria for digestive health.

In a month’s time, Bringardner-Lang noticed a difference, and soon Control’s shiny coat, muscular frame and energetic ways had returned. She’s kept the horse on Hanby Farms’ feeds, which he eats with enthusiasm.

And Control isn’t alone in the before-and-after photos on the Hanby Farms’ website. Another satisfied customer, from West Virginia, credits Quiet Power with being as cost-effective as it is nutritious—her horses needing just 3 or 4 pounds daily of the high-fat food, or less than half of what they needed of a competing brand.

Down on the hobby farm

“We’ve probably saved a lot of horses from the slaughterhouse,” says Seitz, who’s been part of Hanby Farms since shortly after graduating Ohio State University with a degree in agricultural business and management in 1992. “All animal owners aren’t born nutritionists, and there are lots of reasons a horse might be thin—genetics, malnourishment, sickness etc. Problems are going to arise and that’s where we step in with nutrition and management advice.”

Especially on those so-called hobby and homestead farms that are such a part of Heartland agriculture. Such farms are usually owned by folks with other jobs, but who raise horses, livestock, poultry and produce on the side, and appreciate the kind of personal interaction they can find at Hanby. 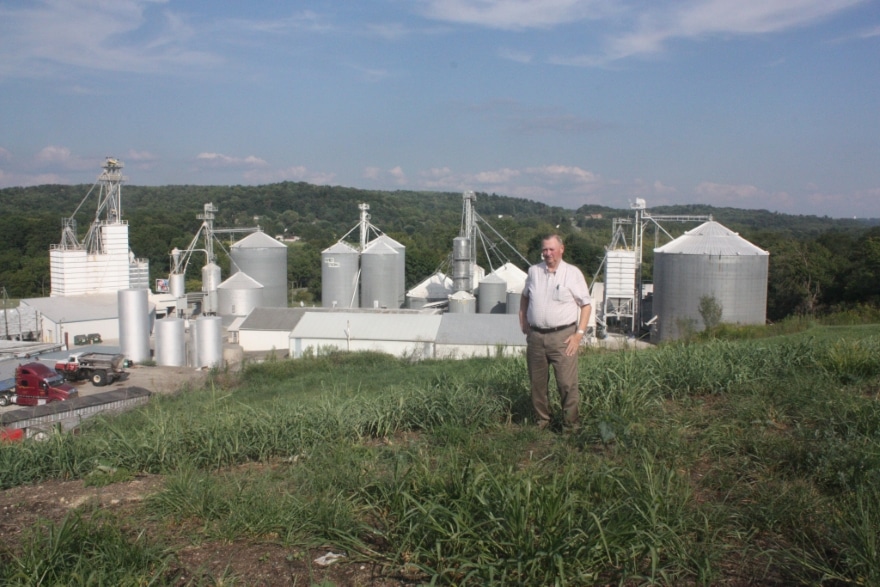 Seitz himself grew up on one of those farms that, like so many others in east and central Ohio, relied upon Hanby’s for animal feed. It’s the only full-time job the 47-year-old Buckeye has ever held, and he takes pride in how his employer has been the go-to source for feed and agronomy since its founding by the late Ralph Hanby and his wife Carol in 1965, and how the company continues to thrive under the thumbs of their sons David and Derrick, the president and vice president, respectively.

Its Performance Feeds are professionally formulated from such quality ingredients as steam-flaked corn and northern oats, and manufactured under strict quality control for horses, cattle, swine, poultry and sheep as well as such smaller critters as rabbits and guinea pigs.

The state-of-the-art manufacturing plant that Seitz supervises provides for pelletizing, automatic packaging, small packaging and robotic palletizing. The ability to mass-produce has also been enhanced by a feed mill and warehouse, fertilizer storage, millwright shop, grain elevator and roaster, as well as 2,000 acres to ensure fresh corn, soybeans and wheat.

“There’s no least-cost formulating in our products,” assures Seitz, who has a personal hand in many of the recipes. “In the animal-feed business, our locked formulas are the best way to ensure health and stability in an animal.”

In addition to its own brand, Hanby manufactures private-label premium quality textured and pelletized products for other companies, such as Starmaster Show Feeds, and recently partnered with BioZyme Inc. a Missouri operation also noted for its innovative approach to livestock nutrition and animal microbiology.

And though best known as a Midwest fixture, Hanby’s growing clientele stretches across states as far east as Maine and North Carolina.

When not on the job Seitz can be found on his own hobby farm where he and his family raise livestock for show. Livestock raised, of course, on Hanby products. 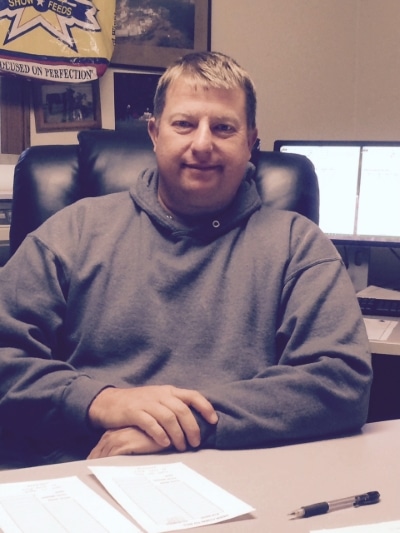 “I wouldn’t know another way to live,” Seitz says, extolling the wonders of life on the farm.

That Ohio State degree has proved its worth, Seitz says, though the real education is down on the farm where every day is a learning experience and the results tangible.

Few days are ever the same, and while other farming work might be seasonal, that’s not the case at Hanby, where breathers are few and far between. For Seitz, a day on the job may entail many responsibilities—the procurement of bagged ingredients, the scheduling and supervision of a 40-person work force in production and warehousing, the maintenance of the facilities and the ensuring of prompt deliveries to Hanby’s many customers in the region.

Challenges can be many. Like bosses in so many hands-on businesses, Seitz can be hard-pressed to find quality employees. Then there are the corporate farms that continue to expand.

But that can strengthen the resolve of the backyard farmer that’s Hanby’s primary client, Seitz says, adding that more and more consumers look to smaller operations for better quality as well as food safety. And it’s here where Hanby is likely counted upon to keep the livestock healthy, thus giving those smaller farms an advantage. 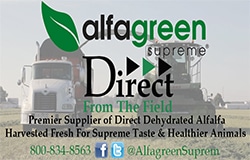 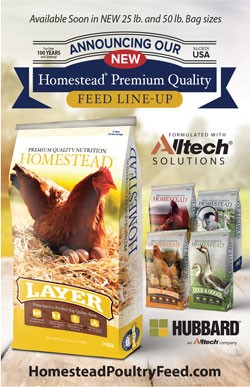