Erik Estrada apparently is cool with the concept of his circa-1970s TV show inspiring a burger at a slowly but steadily growing chain of very basic bars.

Recently he chanced upon a Jack Brown’s in rural Tennessee and enjoyed a so-called Ponch burger named after his character in “CHiPs,” Patrolman Francis Poncherello. That’s a toasted bun with exotic American Wagyu beef—more on that later—topped with house-made guacamole, applewood smoked bacon, white cheddar and Sriracha mayo. 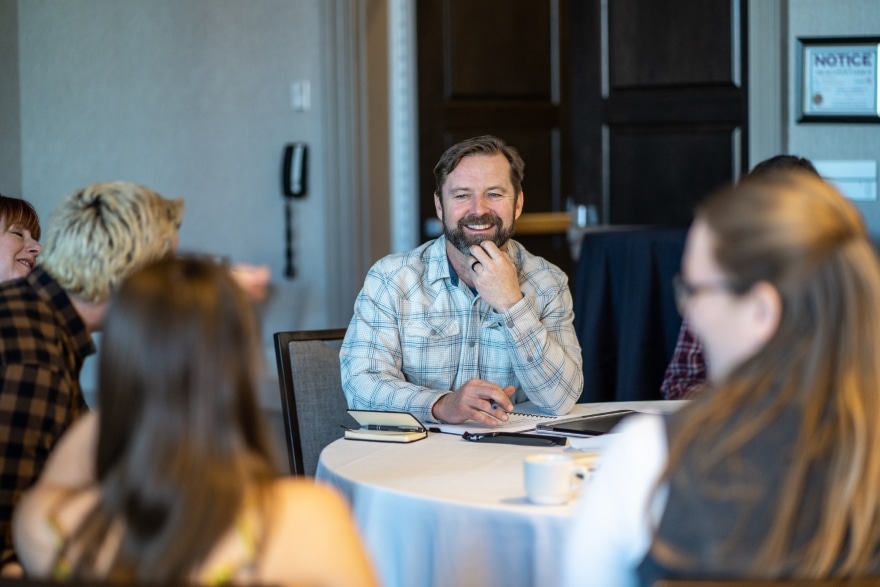 Should Estrada return, he might try a Greg Brady burger, which is topped with made-on-premises macaroni and cheese, another slice of American cheese and barbecued chips. And the reason for naming that burger after the eldest son on “The Brady Bunch”?

“Greg Brady was so cheesy,” the lighthearted Aaron Ludwig tells Terra Firma in March from the original Jack Brown’s in Harrisonburg, Virginia.

So can be said, only in the most mouth-watering manner, about Jack Brown’s.

Meat of the matter

“We’re a burger joint with a passion for craft beer,” Ludwig says of the 15 Jack Brown’s he and his lifelong buddy, Mike Sabin, now operate in seven Southeast states and another in Cincinnati. “A dive, not a dump.”

No two of these joints are alike, and the walls of each can be described as rustic eclectic, festooned with décor that might come from a local flea market or yard sale. It’s a friendly, unpretentious atmosphere where all types literally rub elbows.

And while the beer-and-burger offering sounds basic, Ludwig reminds that a specialist must do a better job. That he assures Jack Brown’s does with the American Wagyu beef sourced from Snake River Farms in Idaho, where Japanese Kobe and American cattle have been crossbred. Kobe beef is as high-fat as it is high-grade, but cross breeding results in a favorable 73-27 percent meat-to-fat ratio. 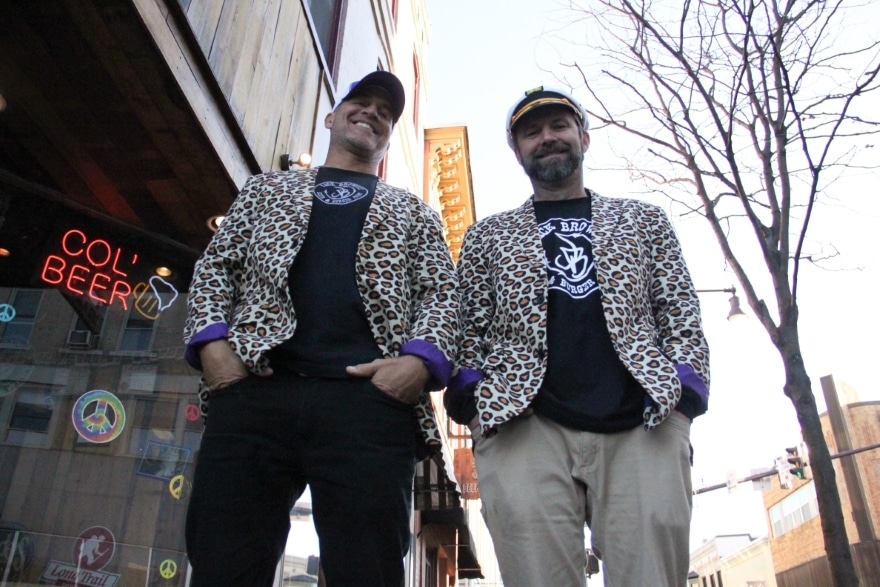 “It’s expensive meat but because we work with a low margin, we can make the burgers more affordable,” Ludwig says. “Our customers tell us we make the best burgers in town. It’s what we’re known for.”

Not that the menu is devoid of any non-meat options, only they’re limited to fried potatoes and deep-fried Oreos. But next door to the original Jack Brown’s, there is a sister operation, Billy Jack’s Shack, that along with the same beers and burgers, offers chicken sandwiches, sliders, brunch, cocktails, doughnuts and, yes, even salads.

“A lot more moving parts there,” Ludwig says. “But where we have them, they feed well off each other. Customers bounce from one to the other.”

Then there’s the other half of Jack Brown’s specialty which, of course, is the suds. That includes its new signature pale ale, the hoppy Like A Mug manufactured by the local Pale Fire Brewing Co. Like A Mug and around 100 other brews are behind the bar.

Down all 100 beers and you qualify for the Notch Club, whose rewards include an embroidered Dickey’s work shirt, field trips, discounts and an invite to a closed Christmas party.

“A happy customer is the byproduct of a happy employee,” says Ludwig, who emphasizes how the hired hands are the company’s most prized assets and rewarded with competitive pay, health benefits, 401(k) and the annual Jack-A-Lope, where all restaurants close for three days so employees can enjoy some high-octane partying at a youth summer camp in Ashville, North Carolina, once it closes for the season in September. 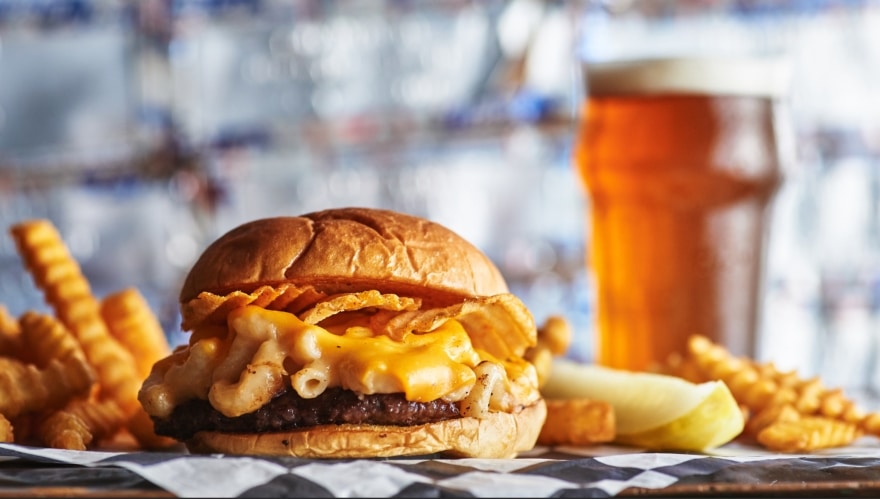 “We couldn’t get anywhere near 50 percent in Harrisonburg, so we put tables in the parking lot and got the city to OK it,” he says. “We did a lot of carry-out and the bartenders became delivery drivers. Clearly, the loyal staff at Jack Brown’s Harrisonburg showed up for the restaurant during this time.”

The pandemic notwithstanding, they still managed to open restaurants in Cincinnati, Huntsville, Alabama, and Columbia, South Carolina, and will consider further expansion as Jack Brown’s and Billy Jack’s Shack become household names.

It wasn’t that long ago when Ludwig ran a ski and snowboard shop in Harrisonburg, a midsized city situated amidst a Blue Ridge Mountains backdrop in north central Virginia. But while there are several ski areas, including West Virginia’s Snowshoe Mountain, within a two-hour drive, this still isn’t Colorado. With snowfall being hit or miss in these parts, a ski shop can be risky business.

Ludwig’s hobbies even then including brewing, he mulled doing something else during the mid- and late-2000s. Turns out that Sabin, who had tired of being a chef in Miami, also felt due for a career change. After a bad day at work, Ludwig called Sabin and asked, “What do I do from here?” What a pivotal moment in both their working lives.

“Mike knew food and I knew craft beer and we said, ‘screw it, let’s open a bar,’” Ludwig recalls. “So, we found this place in Harrisonburg, 12 feet wide and 40 feet long. I thought I’d be a bartender for the rest of my life and was happy about it. We never knew we’d expand but other opportunities came up.” 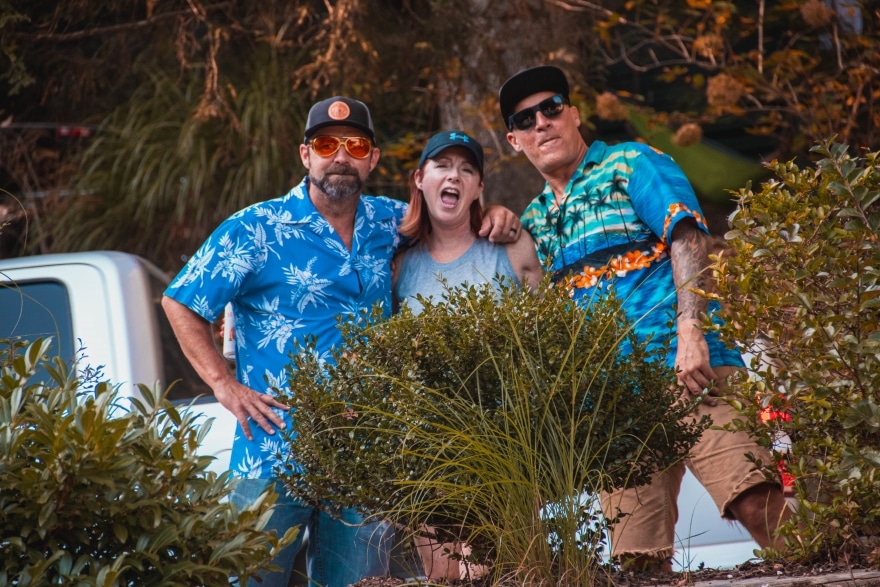 Mainly because the original Jack Brown’s proved such a hit with clientele that included students from James Madison University and then some. Whether it was the professionals in the daily lunch crowd, sports fans on weekends or rowdy folks closing the joint at 2 a.m., the concept was popular enough to take out of Harrisonburg.

The business has expanded at a rate of two or three locations annually in Virginia, Tennessee, Alabama, Georgia and the Carolinas, with each new restaurant within an hour’s drive of another—the proximity easing the task of regional managers. The lone exception is in Cincy, which could be the gateway for more Midwest locales.

And about those names? Some may recall the late Tom Laughlin playing Billy Jack as the karate-kicking defender of Native Americans in 1970s movies. But who is Jack Brown?

“Billy Jack was just a fun name Mike and I would yell at each other when we were growing up and raising hell,” says Ludwig, now a married father of three. “And Jack Brown was just our version of Joe Schmoe. If we couldn’t remember someone’s name, we’d just call him Jack Brown.” 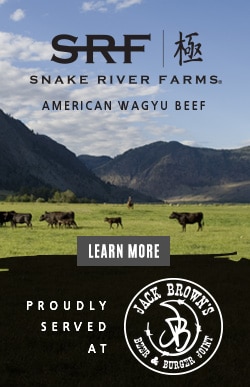